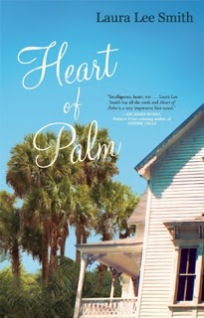 Utina, Florida, is a small, down-at-heels southern town. Once enlivened by the trade in Palm Sunday palms and moonshine, Utina hasn’t seen economic growth in decades, and no family is more emblematic of the local reality than the Bravos. Deserted by the patriarch years ago, the Bravos are held together in equal measure by love, unspoken blame, and tenuously brokered truces.

The story opens on a sweltering July day, as Frank Bravo, dutiful middle son, is awakened by a distress call. Frank dreams of escaping to cool mountain rivers, but he’s only made it ten minutes from the family restaurant he manages every day and the decrepit, Spanish-moss-draped house he was raised in, and where his strong-willed mother and spitfire sister—both towering redheads, equally matched in stubbornness—are fighting another battle royale. Little do any of them know that Utina is about to meet the tide of development that has already engulfed the rest of Northeast Florida. When opportunity knocks, tempers ignite, secrets are unearthed, and each of the Bravos is forced to confront the tragedies of their shared past.

The Bravo family has a history of tragedy and heartache. The matriarch, Alma Bolton Bravo, was raised in a well-to-do family and never wanted for anything. Alma decided as a teenager that she wanted to be different, so she chose to marry a man that was as different from her family as she could find, Dean Bravo. The first tragedy in their lives occurred on their honeymoon, when Alma is in a boating accident that causes the amputation of her toes and splits her foot. Of course it doesn’t help that the cause of the accident was Dean’s refusal to have a third party as a spotter to go out with them so Alma could water-ski safely. Years pass, Alma and Dean have four children and are barely making ends meet and the second tragedy occurs with the death of their youngest child. As the years pass, it is evident that their eldest, Sofia has mental health issues (she was diagnosed as manic-depressive with OCD). Dean, a heavy drinker, winds up deserting the family shortly after the death of their youngest child. Alma makes do and eventually buys out her brother-in-law’s business, a local bar and grill. Carson Bravo, the eldest son, marries and moves away from home and starts his own business. Frank Bravo, the youngest son, still lives in Utina and runs the restaurant, a job he’s had since he was nineteen years old. Sofia lives at home with her mother and helps her brother out by cleaning the restaurant every morning.
On the surface it appears that the Bravo family is just a family dealing with the usual family issues and dysfunctions, but the Bravos are dealing with more than tragedy, heartache and mental health issues. Frank is in love with his sister-in-law and wants to move away from Utina and live a quiet life. He knows this won’t happen as long as his mother and sister are around and need him. Carson has made a mess of both his marriage and his business and needs to find a quick fix for both before he winds up divorced, in prison or worse. Sofia struggles with her mental health issues, but she is surviving and has found love for the first time in her life at age forty-three. Alma, as the matriarch, worries about her children but knows that she can no longer control them. The family is offered the chance to make a large sum of money and leave Utina behind, something they think about or  say they want until the opportunity is presented to them.
Ms. Smith has captured the essence of family in all its dysfunction in Heart of Palm. As I read, I was reminded of the line from Tolstoy’s Anna Karenina: “All happy families are alike; each unhappy family is unhappy in its own way.” The Bravos are unhappy in their own special way. There aren’t any true bad guys in Heart of Palm, as each Bravo family member deals with their own secrets and guilt. Dean and Alma aren’t the best parents, but they did what they could for their family to the best of their abilities. Sofia, Carson and Frank aren’t loving siblings but they are there for one another when needed. Carson’s wife Elizabeth, and daughter Bell, add their own idiosyncrasies to the family. Sofia’s love interest, Biaggio, works with and for the Bravo family and he considers himself a family member even before he and Sofia decide to marry. Heart of Palm is filled with angst, drama, greed, guilt, pain, suffering, forgiveness, and love . . . all the things that make a family a family. If you’re looking for a well-written story about family and small-town living, then I strongly recommend Heart of Palm.
Disclaimer: I received a copy of this book free for review purposes from the publisher via NetGalley. I was not paid, required or otherwise obligated to write a positive review. The opinions I have expressed are my own. I am disclosing this in accordance with the Federal Trade Commission’s 16 CFR, Part 255: “Guides Concerning the Use of Endorsements and Testimonials in Advertising.”