Sometimes, when lies unravel, and enemies are revealed, vengeance and fate embrace.

In the summer of 1962, at a high school graduation party, Bessie Day Hardy is brutally raped. Fifty years later, the consequences of that horrific night will transition into unforeseen events that will shatter her serene and uncomplicated life.

It was a day like any other. Days have a sameness, even new, they offer little beyond weather changes and sudden deaths.

“And how are you today?” Bessie asked, showing a smile that age had not yet dulled. She’d always been cute because of it. Sixty years ago, or more, she was the little girl whose cheeks you pinched, and though she was old now, she still wore her hair in curls; silver grey undulations that framed her face and brought out a blithe desire in others to pinch where her dimples dipped, even to kiss her there unabashedly.

Grey looked up and nodded. “Same,” he said.

The air was damp with April moisture as Bessie Day Hardy wrapped her scarf closer to her neck and shivered. Air that hung heavy like wet clothes caught flapping in the rain made it hard to breathe. The scarf had been a gift in a white torn box, under red Santa Claus wrapping, from the Episcopal Church of Saint John the Apostle Christmas party, just last year. The lime green and caramel colored wool that she loved to feel against her lips, an anonymous kindness from someone who had written: Bless you and have a very Merry Christmas. Someone, she imagined with fresh white skin, pearl teeth and eyes that sparkled blue in daylight, light as the sea, but darkened with the night, turning cenereal behind the shadows of dusk.

“We ever going to see the sun again?” She sighed. A wind kicked around the corner and her body felt the chill, enemy winds that carried the threat of sodden attacks to bones too brittle to fight. Later, she would feel the ache and she would rub her muscles more for the distraction than the release of pain.

Bessie chuckled. Living long wasn’t the blessing it used to be. Aging was in the way. Couldn’t leave a person alone, had to show up and make her breath short, expose every damn vein in her body and give her the unsightly imprint of impending death. Nobody wants to look at mortality too closely and aging people carry its threat, vulnerably apparent; the weight of its nearness is a monster in the wings where heaven is a nebulous and cracked mirror; don’t look into it, the young whisper: don’t look yet.

But the old were once young. Bessie Day Hardy still carried the traces of adolescent giddiness in the creases of her lips and her middle-aged ardor for Chauncey Hardy still glinted in her eyes at the memory of his smooth hands in hers, and his fine soft hair against her breast. His step was lively. She could hear it, sometimes, when the house was quiet. Chauncey’s step on the stairs, in the kitchen, on the bedroom floor.

Damn house was quiet now, even her cat walked too softly to hear. 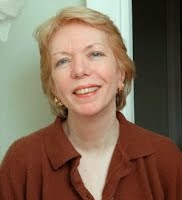 Pharaoh’s Star is Vera Jane Cook’s most recent release. The Story of Sassy Sweetwater was Vera Jane’s second southern fiction novel and was a finalist in the ForeWord book of the Year Awards for 2012 and received a five star ForeWord Clarion review, as well as an Eric Hoffer honorable mention award for ebook fiction in 2013. Dancing Backward in Paradise also received a 5 Star Clarion ForeWord review and an Eric Hoffer notable new fiction award in 2006, as well as the Indie Excellence Award in 2006. Also by Vera Jane Cook: Lies a River Deep, Where the Wildflowers Grow, Marybeth, Hollister & Jane and Annabel Horton, Lost Witch of Salem. Her next novel, Pleasant Day will be published in 2015 by Moonshine Cove Press.