Skip to content
The Book Diva’s Reads is pleased to host a visit by Hilary Scharper, author of Perdita. Ms. Scharper will be answering a few questions about the novel Perdita.

Author Hilary Scharper at Georgian Bay.
What is the role of mythology in the novel “Perdita”?

For many in North America—especially those trying to connect with nature—we often think that we have to look outside of our “western” traditions for inspiration. What I decided was to do was to look inside and found not only the gothic tradition, but also ancient Greek mythology as a deeply fascinating wellspring for thinking about nature in new ways.

That’s why I creatively developed Perdita as a mythological figure. Perdita means the lost one; and as a character in my story, not only is Perdita the lost child, but her story is also lost. Somehow Perdita’s role in Greek mythology has dropped out of the western canon.

As Perdita’s story is rediscovered and reclaimed, there is a recalling of a deep love of nature (biophilia), a love that has always been there deep in us (westerners) but has been forgotten in our mainstream traditions. Therefore Perdita’s story—as a recovered story—still has something to say to contemporary readers.

For more on mythology and “Perdita,” visit http://perditanovel.com/mythology-and-perdita/

The setting for the novel comes from your time as an assistant lighthouse-keeper on Georgian Bay. How did you find living in such a remote location?

I loved it!
When we first arrived at the lighthouse there was no internet (in other words, cell phones were useless). In addition, the phone (a landline) frequently took “naps.” We occasionally lost power and we often had nightly visits from various critters.  Also there was no TV and the only visual entertainment was the stars, the Bay and the sky—and their shifting colors and moods.
It was particularly refreshing not to be surrounded by advertisements: billboards, computer ads, jingles, etc.
We found that we had a different mindscape as a result—and dreamed different dreams while there…. 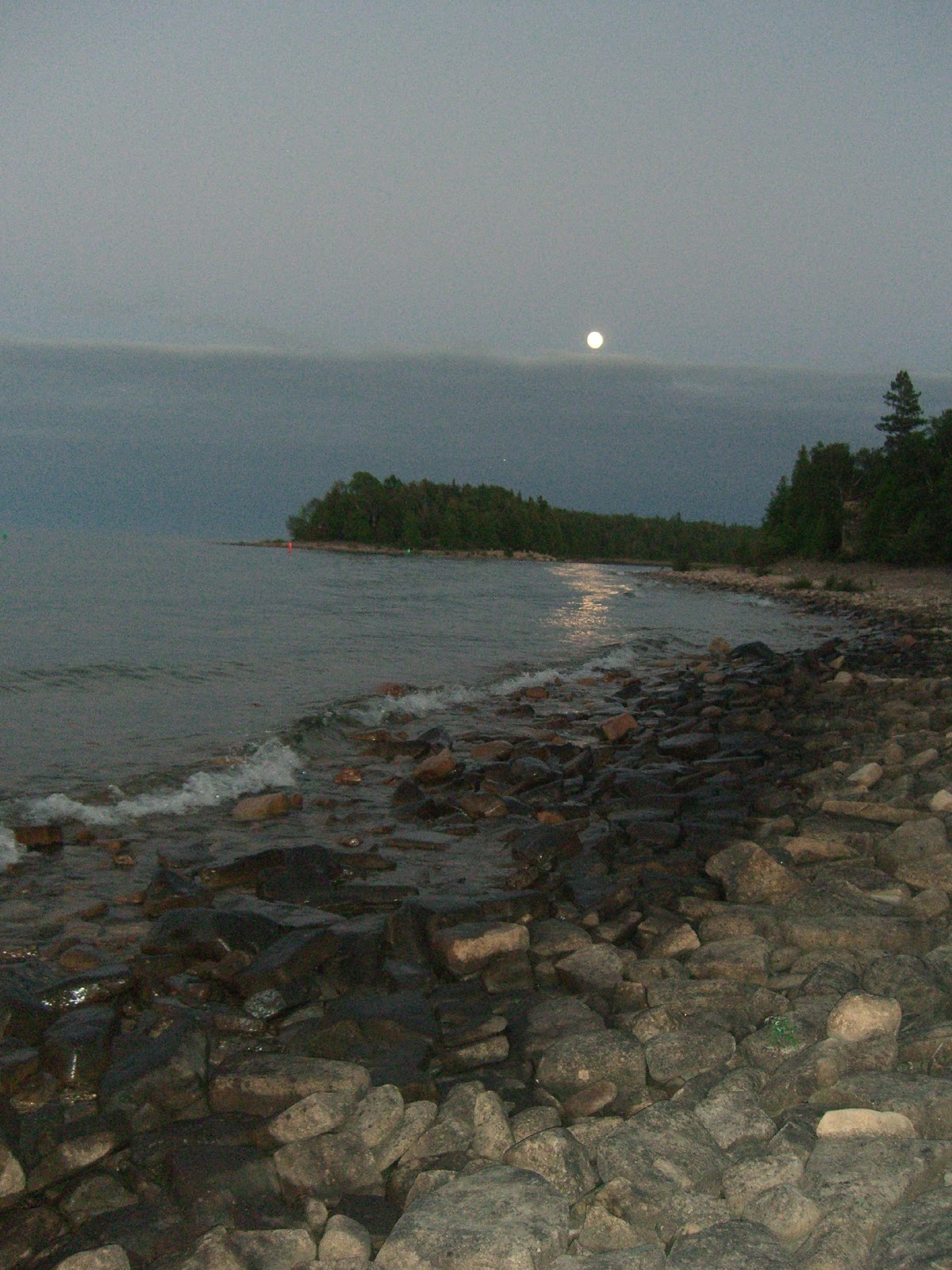 What is your writing routine like? How did you get the idea for your characters?

Walking and listening.
I would take long walks along the rocky shores of Georgian Bay, listening to the waves and the wind and sounds of the birds in this wilderness area. Sometimes I would sit in at a special spot and just gaze out at the Bay, letting the story take shape in my mind. Bits and pieces of it came at different times. One time, I was in the water taking swim, reflecting on a particular scene in the novel and I felt the story begin to move through me, as the waves were shaping the novel. It was a physical feeling—as if the writing wasn’t all going on in my head but in conversation with Georgian Bay.

Hilary Scharper, who lives in Toronto, spent a decade as a lighthouse keeper on the Bruce Peninsula with her husband. She also is the author of a story collection, Dream Dresses, and God and Caesar at the Rio Grande (University of Minnesota Press) which won the Choice Outstanding Academic Book Award. She received her Ph.D. from Yale and is currently Associate Professor of Cultural Anthropology at the University of Toronto.
Author Website     |     Goodreads

The Georgian Bay lighthouse’s single eye keeps watch over storm and calm, and Marged grew up in its shadow, learning the language of the wind and the trees. There’s blustery beauty there, where sea and sky incite each other to mischief… or worse…

Garth Hellyer of the Longevity Project doesn’t believe Marged was a girl coming of age in the 1890s, but reading her diaries in the same wild and unpredictable location where she wrote them might be enough to cast doubt on his common sense.

Everyone knows about death.

Read an Excerpt:
MARGED BRICE
Cape Prius—1897
July 3
Seven hours passed, and the waves were—Mr. Thompson said they were fifteen feet or more in front of the Lodge. The rain had not ceased, but the sky had turned an evil gray, and we heard thunder far off in the distance….
“The storm is moving fast,” said Mr. Thompson, and he shook his head glumly.
I began to pray fervently. It was but three o’clock in the afternoon, but the entire sky had turned a livid gray, and it seemed as if night had dropped upon us like a curtain falling. Now we could see lightning blaze across the horizon….
The rain came down in sheets, and the waves took on an even more ominous and angry aspect. My heart sank as I thought of the boats in that water.
Then—“There,” shouted Mr. Thompson, gesturing toward the eastern skyline.
And appearing suddenly from around the Point, we could see the outline of a large boat. Its foremast was rolling horribly—up and down, back and forth—and we could see, as it neared, that the first jib sheet was ripped to pieces. The mainsail was shredding rapidly in the wind, and the waves were pushing it toward the shore, where it would surely be smashed into pieces against the rocks. We saw the men lowering the lifeboats and then push off, desperately making for shore.
“Allan,” I cried. He had run out into the storm without warning toward the boats, and I leaped out after him.

The publisher is giving away three signed copies of Perdita. To enter the giveaway, use the Rafflecopter form below. This giveaway ends February 7, 2015.
rel=”nofollow”>a Rafflecopter giveaway