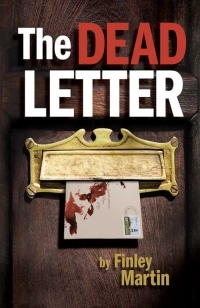 It is 2001 and the police constable’s girlfriend is murdered in a fit of jealous rage. When the constable realizes what he has done, he manages an elaborate cover-up. Only one person knows the truth. Flash forward to 2012. Anne Brown is still running her late uncle, Bill Darby’s, detective agency after spending four or five years as his assistant. One day, the postman delivers an eleven-year-old letter. The letter is addressed to her uncle from a woman named Carolyn Jollimore. She says she has evidence about a murder and begs for help from Darby. But Bill Darby is dead. And when Anne looks up the letter’s author, she finds that Jollimare too is now dead. Troubled with the evidence at hand, Anne must decide if she should investigate this eleven-year-old murder. 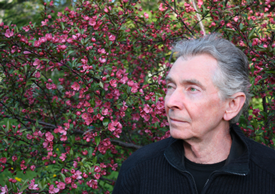 Finley Martin was born in Binghamton, New York and grew up in Scranton, Pennsylvania. He received a B.A. degree in English at the University of Scranton, and during the 1960’s he served as an officer with the United States Marine Corps at posts in America, the Caribbean, and Asia.

After he returned to civilian life, he worked as a free-lance writer, p.r. consultant, and photographer and became public relations director at International Correspondence Schools.

In the 70’s he received an M.A. from the University of Ottawa and a B.Ed. from the University of Prince Edward Island. For many years he taught English literature at high school and writing courses at university. He has also worked as a truck driver, labourer, carpenter, boat builder, and deckhand aboard commercial fishing vessels and passenger ferries.

During his writing career he published numerous magazine and newspaper articles, poetry, and short stories in Canada and the U.S. He produced a mini-series for CBC Radio and has given numerous poetry readings.

Brought to you by Worldwind Virtual Book Tours

One thought on “Book Showcase: THE DEAD LETTER by Finley Martin”