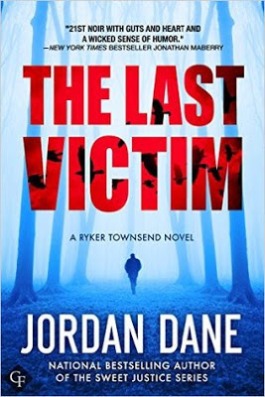 When he sleeps, the hunt begins

When a young hunting guide from a remote island in Alaska is found brutally murdered, his naked body is discovered in the Cascade Mountains outside Seattle—the shocking pinnacle to a grisly Totem of body parts. Nathan Applewhite is the fourteenth victim of a cunning serial killer who targets and stalks young men.

With the body count escalating, FBI profiler Ryker Townsend and his specialized team investigate the gruesome crime scene. They find no reason for Nate to have mysteriously vanished from his isolated home in Alaska before he ended up in the hands of a sadist, who has been taunting Ryker and his team in a sinister game of ‘catch me if you can.’

But Townsend has a secret he won’t share with anyone—not even his own team—that sets him on the trail of a ruthless psychopath, alone. The intuitive FBI profiler is plagued by recurring nightmares—seen through Nate’s dead eyes—that slowly chips away at his mental stability. Is he burning out and losing his mind—becoming unfit for duty—or is the last victim reaching out to him from the grave?

Townsend sees horrific flashes of memory, imprinted on the retinas of a dead man, the last image Applewhite saw when he died. Ryker must piece together the fragments. Each nightmarish clue brings him closer to a killer who knows how to hide in plain sight and will see him coming, but when the dead man has the skills of a hunting guide, he has the perfect ally to track down a killer—the last victim.

Ryker Townsend is an FBI agent working in the Behavioral Analysis Unit as a profiler. He is currently on the hunt for a serial killer in the northern Pacific coast. Ryker knows this killer is different and it’s not just because of the grotesque mutilations of the victim. This killer uses bits and pieces of each victim to make a totem and his latest kill comes with a message specifically for Ryker in Jordan Dane’s The Last Victim.
Ryker Townsend knows that he is different from his coworkers. Others think of him as intuitive, but Ryker is hiding the fact that he has “visions” or dreams about the victims being tortured. When Ryker arrives at the latest totem site in Washington state, he realizes his most recent dream was of the last tortured victim. He also realizes that there has to be something special about this victim because his entire body has been left with a note addressed to Ryker. The complete body being left at the site along with the note push Ryker to find out as much as possible about the last victim, Nate Applewhite. The only thing left for Ryker to do is travel to Nate’s home in rural Alaska and see if he can find anything that may lead him to the killer. Can he track down the Totem Killer before he kills another person? Is he playing straight into the killer’s hands by visiting Alaska?
I found The Last Victim to be a somewhat slow read initially (this may have been related to a bad series of migraine headaches at the time), but by the time I got through the first half the story picked up its pace and pulled me in. I rather enjoyed reading about Ryker and his BAU team, although I felt like parts of the team were previously seen on the television show Criminal Minds, especially the somewhat strange but lovable and highly efficient computer technician. I wasn’t quite sure where the story was going at first because of the “psychic” dreams that weren’t initially defined as such, leading me to believe that Ryker was more than a little strange and might be having a breakdown. The Last Victim is filled with mutilations (not too graphic or gory), murder, mystery, mayhem and thrills. This isn’t a typical mystery-thriller read, as it adds a slight paranormal twist to the story. The ending was a complete shock (no, I won’t tell you how it ends…read it for yourself), but it worked with all of the other elements. There are plenty of twists in the storyline that kept me guessing until the end, but I’m glad I persevered in reading this story. If you’ve read any of the suspense-thrillers by Ms. Dane in the past or simply enjoy quirky mystery reads, then you’ll definitely want to grab a copy of The Last Victim to read. It is my hope that this is the beginning of a new series by Ms. Dane.