A saga of love, family ties, and twisted passions from the #1 New York Times bestselling author of The Obsession…

The Bodine ranch and resort in western Montana is a family business, an idyllic spot for vacationers. A little over thirty thousand acres and home to four generations, it’s kept running by Bodine Longbow with the help of a large staff, including new hire Callen Skinner. There was another member of the family once: Bodine’s aunt, Alice, who ran off before Bodine was born. She never returned, and the Longbows don’t talk about her much. The younger ones, who never met her, quietly presume she’s dead. But she isn’t. She is not far away, part of a new family, one she never chose—and her mind has been shattered…

When a bartender leaves the resort late one night, and Bo and Cal discover her battered body in the snow, it’s the first sign that danger lurks in the mountains that surround them. The police suspect Cal, but Bo finds herself trusting him—and turning to him as another woman is murdered and the Longbows are stunned by Alice’s sudden reappearance. The twisted story she has to tell about the past—and the threat that follows in her wake—will test the bonds of this strong family, and thrust Bodine into a darkness she could never have imagined.

Alice Bodine left home at age eighteen determined to see the world on her own terms. A little more than a year later, she decided to return home to the Bodine Ranch and disappeared. Her family presumes she simply never wanted to return home or maintain contact with the family. Fast-forward twenty-five years and there’s a new generation operating the Bodine Ranch, now a posh resort and ranch. Bodine “Bo” Longbow never knew her aunt and, like her brothers, presumes that her aunt is most likely dead. Bo’s current focus, along with her parents and brothers, is on continuing to operate the Bodine Ranch to the best of her abilities. Not long after a  childhood friend returns home and is hired to help manage the horses on the ranch, the body of a Bodine ranch employee is found dead and the new hire, Callan “Cal” Skinner, is considered a person-of-interest by some on the local police force. As time passes, Bo rekindles her friendship with Cal, begins to trust and rely upon him as illness causes a long-term family employee to take a leave of absence. Bo’s friendship with Cal quickly evolves into a romantic relationship. As their relationship heats up, more women disappear, and then a woman that has been gone and presumed dead turns up, Alice Bodine. No longer the free-spirited wild child of the past, this Alice has been broken. Afraid of men and one man in particular (her abductor/”husband”), the Bodines and Longbows come together to do whatever it takes to help Alice recuperate and regain some sense of self-worth and freedom. But darker forces are working in the background as the abducted women keep turning up dead, Alice’s abductor may still be at-large, and at least one law enforcement officer is willing to take the law into his own hands to see that his version of justice is done.
I found Come Sundown to be a fast-paced and engrossing read that melded the dark and twisted with the more traditional ideas of family, love, and justice. Yes, as with most Nora Roberts books, Come Sundown blends romance and suspense, but I found this story to be just a touch darker than some of her previous books (okay, it wasn’t as dark as some of the books from the In Death series). Don’t get me wrong, the dark and twisted works and works well. Come Sundown features dark themes such as abduction, serial rape, mental and physical torture, twisted ideas of marriage, family and justice, along with the more traditional notions of family, love, and romance. I could tell you more about what happens in the book, but if I did you wouldn’t need to read the book so I won’t. I will say that if you’re a Nora Roberts fan like me, you’ll definitely want to grab a copy of Come Sundown to read. If you’re a romantic-suspense fan, you’ll want to grab a copy of Come Sundown to read. If you’re looking for something a little different to read and you enjoy romance and/or suspense, then you’ll probably want to grab a copy of Come Sundown to read as well. I read Come Sundown almost two weeks ago and it’s still packing a punch. Thank you, Ms. Roberts, for another enjoyable read.

Disclaimer: I received a free print copy of this book from the publisher for review purposes. I was not paid, required, or otherwise obligated to write a positive review. The opinions I have expressed are my own. I am disclosing this in accordance with the Federal Trade Commission’s 16 CFR, Part 255: “Guides Concerning the Use of Endorsements and Testimonials in Advertising.” 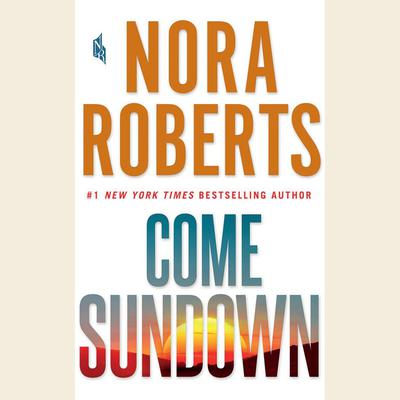