The author of the stunning New York Times bestseller The Widow returns with a brand-new novel of twisting psychological suspense.

As an old house is demolished in a gentrifying section of London, a workman discovers a tiny skeleton, buried for years. For journalist Kate Waters, it’s a story that deserves attention. She cobbles together a piece for her newspaper, but at a loss for answers, she can only pose a question: Who is the Building Site Baby?

As Kate investigates, she unearths connections to a crime that rocked the city decades earlier: A newborn baby was stolen from the maternity ward in a local hospital and was never found. Her heartbroken parents were left devastated by the loss.

But there is more to the story, and Kate is drawn house by house into the pasts of the people who once lived in this neighborhood that has given up its greatest mystery. And she soon finds herself the keeper of unexpected secrets that erupt in the lives of three women and torn between what she can and cannot tell.

Forty plus years ago a newborn baby girl was stolen from a British hospital. Recently a newborn baby girl’s skeleton was found at a demolition site. Is it possible these two infants are linked? That is the premise presented in Fiona Barton’s latest psychological thriller The Child.
Kate Water is a journalist looking into the story behind the discovery of the skeletal remains of a newborn infant at a demolition site in metro London. The more she investigates into the remains found, the more she begins to think these remains just might be related to a missing newborn girl taken out of a hospital over forty years. While Kate delves into her investigation and the background of the missing girl’s family, we are introduced to several other women that are impacted by the discovery of the skeletal remains: first there’s Angela Irving, the mother of the missing infant; second is Emma Simmonds a former teen resident of the house where the body was found; and last, is Emma’s mother, Judith “Jude” Massingham. Angela is positive the body is that of her missing daughter Alice. Emma is fearful that the police will be knocking on her door at any moment. Jude is sure the discovery has no impact on her life until her daughter begins to have another emotional breakdown. The story of all four women intersect until finally the answer of exactly who the building site baby was and how she got there is uncovered along with a host of secrets kept hidden for years.
I read and reviewed The Widow in 2016 and loved it, so when I was afforded the opportunity to read The Child I did not hesitate to shout YES! and it did not disappoint. Talk about a wild ride. The Child was fast-paced, engrossing and, yes I have to say it, suspenseful read up to the very end. Kate is an accomplished journalist and it was fascinating to travel along as she uncovered the truth behind this dumped baby. Emma is initially depicted as emotionally fragile and unreliable, but we quickly learn that although she may have some emotional problems she is anything but unreliable. Angela Irving has spent 40+ years grieving the loss of her infant daughter and feeling guilty for leaving her in a hospital room unsupervised. Again, she initially comes across as needy and fragile, but she is just as strong as both Kate and Emma. Jude, Emma’s mother, is initially portrayed as this strong and independent single mother, but we learn that looks can be deceiving as she is the neediest and most fragile of the bunch. With the presentation of these four women, we learn that all is never quite how it appears. These women all have their strengths and weaknesses, as do all humans, but they persevere in the face of adversity and prejudice. The Child is much more than a story of a missing child and the discovery of skeletal remains, it’s a story about relationships, family, and what we’re willing to do for family. Sometimes the family is related by blood, sometimes the family may be our work family, and sometimes the family might be our friends, but when push comes to shove the strong stand by family. This is also a story about secrets. The secrets we keep from our friends, our parents, our spouses, and sometimes we tamp down so deep that we try to keep hidden from ourselves. I enjoyed the characters, the storylines, and the action. Ms. Barton crafts psychological suspense thrillers that truly live up to the name; just when I thought I knew where this story was headed, I was yanked off into a new direction and then back again. It wasn’t until I hit about the 80% mark that I caught a hint of where the story was going and even with the confirmation it was still a bit of a shock (no, I won’t tell you what happens, read the book!). If you read The Widow, then you know you’ll want to read The Child. If you enjoy reading taut psychological thrillers or suspenseful reads, then you’ll definitely want to read The Child. I highly recommend The Child and look forward to reading more from Ms. Barton in the future. (If you couldn’t tell, I thoroughly enjoyed The Child and look forward to rereading it in the near future.) 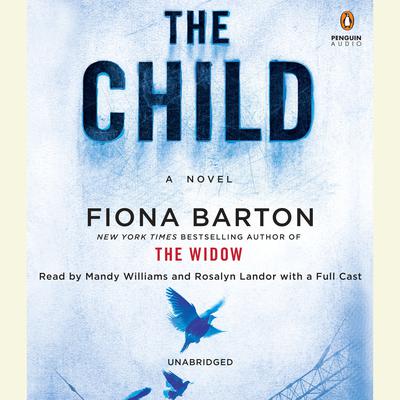