Abandoned by his mother when he was young, twenty-two-year-old Rave Wayne knows all about loss. That doesn’t mean he’s used to it. After he’s dumped by the girlfriend he assumed he’d spend his life with, Rave is longing more than ever to connect.

Then, as if by miracle, he receives an invitation from his grandfather, a man he thought was long gone, to come for a visit in rural Tennessee. Loyal, honest, and loving, dear old Tuck is everything Rave could have hoped for. He’s family. Soon, Rave finds himself falling for a down-to-earth local girl, and he thinks his life is finally coming together.

But the past isn’t through with Rave. When his mother returns after many long years, looking to reconcile the terrible mistakes that once defined her, Rave struggles to put together the unsettled pieces of his heart. Will this once-estranged family be able to come together to understand the meaning of unconditional love, the fragile bonds of family, and the healing power of letting go?

Two men, one young living in Florida and the other elderly living in Tennessee, are longing for family. One knows nothing about the other or their short history together. But their blood ties bring them together in Something Like Family by Heather Burch.
Rave Wayne is only twenty-two years old and has been on his on for more than five years. His mother left him as a teenager and he has struggled to make it, but he’s surviving or so he thinks. Around his twenty-second birthday, his girlfriend Ashley dumps him and refuses to allow him to see her son, Daniel, any longer. A child that Rave has thought of as his own since his birth. It was difficult when Rave’s mother walked out, but this blow is devastating. When Rave is approached by a lawyer informing him he has a grandfather in Tennessee, Rave sees no need to stay in Florida. Tuck Wayne has survived the loss of his daughter, grandson, and death of his wife. He knows that life is too short for regrets so he makes arrangements with his friend and attorney to find his grandson, Rave. Neither is quite sure what to make of the other when Rave finally comes to Tennessee, but they slowly build a relationship built on mutual trust and respect. Rave even begins a relationship with a local woman, Becca Johnson. Then his ex-girlfriend shows up and before you know it, she’s gone again leaving Rave with her son. To make things even more complicated, Tuck’s illness rears its ugly head and his demise seems imminent without immediate medical intervention and then Rave’s mother comes back. Both Rave and Tuck had presumed she was dead. Tuck may be able to forgive and forget, but Rave isn’t quite sure if he can.
I found Something like Family to be a fast-paced and engaging read. This is more than a story about family angst and drama, it’s a story about connections and what makes us family. Is it possible to be a parent to a child that isn’t yours biologically? (Yes, in my not so humble opinion.) Families are more than just blood ties, although those ties can be strong. Families can be the communities we live in, our friends, and all those we bring into our lives. This idea is just a small part of what I enjoyed about Something Like Family. This story also broaches the idea of memorialization, and this small rural town comes together to build a unique memorial for the town’s military heroes. Like I said, there’s a lot more than family drama and angst in this story but it all works beautifully together. I enjoyed the characters, the setting, and the action, but especially enjoyed watching the growing relationship between Rave and Tuck. If you’re looking for a feel-good read then I strongly encourage you to grab a copy of Something Like Family to read. I look forward to reading more from Ms. Burch in the future.
Disclaimer: I received a free digital review copy of this book from the author/publisher via NetGalley. I was not paid, required, or otherwise obligated to write a positive review. The opinions I have expressed are my own. I am disclosing this in accordance with the Federal Trade Commission’s 16 CFR, Part 255: “Guides Concerning the Use of Endorsements and Testimonials in Advertising.” 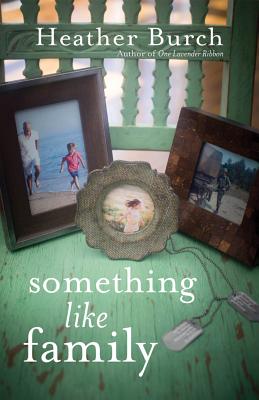 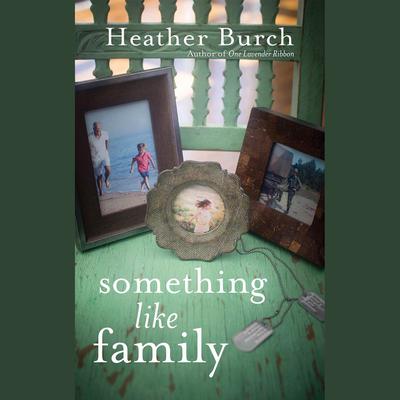 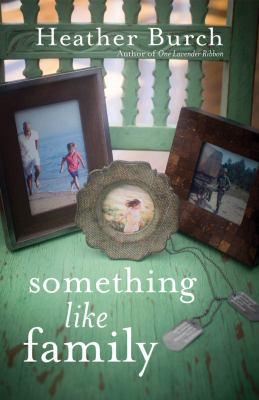