Ever since Emma read Pride and Prejudice, she’s been in love with Mr. Darcy and has regarded Jane Austen as the expert on all things romantic. So naturally, when Emma falls for Blake Hampton and he invites her home to meet his parents, she is positive an engagement is in her future. After all, Blake is a single man in possession of a good fortune, and thus must be in want of a wife.

But when it turns out that what Blake actually wants is more of a hook-up than a honeymoon, Emma is hurt, betrayed, and furious. She throws herself deeper into her work as CMO of Kinetics, the fastest growing gym franchise in the nation. She loves her work, and she’s good at it, which is why she bristles when her boss brings in a consultant to help her spearhead the new facilities on the East Coast. Her frustration turns to shock when that consultant turns out to be Blake’s younger brother, Lucas.

Emma is determined not to fall for Lucas, but as she gets to know him, she realizes that Lucas is nothing like his brother. He is kind and attentive and spends his time and money caring for the less fortunate.

What she can’t understand is why Lucas continues to try to push her back into Blake’s arms when he so clearly has fallen as hard for her as she has fallen for him. It isn’t until Lucas reveals to Emma that he was adopted into the Hampton family that she begins to understand his loyalty to Blake as well as his devotion to the child April-she is Lucas’s biological niece.

Emma opens up to Lucas about the feelings of abandonment she has harbored ever since she was a child and her mother left the family. As she helps Lucas deal with his past demons, she is able to exorcise some of her own.

Emma Pierce is fierce when it comes to her marketing job. She appreciates her team and is able to pull what is needed from them without hovering, which is probably why she was named chief marketing officer for her company. If only her romantic life was as easily managed as her career. Her boyfriend, Blake Hampton, had invited her to San Diego for a quiet weekend to meet his parents and she had begged off due to work. When one of her coworkers talks her into leaving work and meeting up with Blake, she arrives in San Diego only to find that Blake is entertaining a coworker…a female coworker. Emma had already decided that her hero, Jane Austen, was a liar when it came to romance and this just proves it to her. Fortunately, Blake’s younger brother Lucas comes to her rescue and drives her to the train station as she storms away from the Hampton home estate. Sadly, she returns to work on Monday with her team expecting to find an engagement ring and she has to disappoint them. She’s further disappointed when an East Coast consultant is brought in and it’s Lucas Hampton, who begins to plead his brother’s case during lunch and every spare moment they’re together. A scouting trip to the East Coast with Lucas results in Emma being massively confused and torn between her attraction to Lucas and previous feelings for his brother Blake. What’s a girl to do?
I’m obviously in an Austen frame of mind at the moment (trust me, it’ll make sense when you see my next review), and I found Lies Janes Austen Told Me by Julie Wright to be a fast and engaging read. I liked the characters, especially Emma and Lucas. Emma Pierce is, at least to me, an amalgamation of Emma Woodhouse, Elinor Dashwood, Elizabeth Bennet, and Fanny Price. Lucas seems to be a little bit Edmund Bertram and Edward Ferrars with dashes of George Knightley. There aren’t really any bad guys in this story (hey, it’s a romance and pseudo-coming-of-age story), just lots of misunderstood situations, jumps to conclusions, preconceived prejudices, and romance. Emma is initially disillusioned with reality versus the fictional world of Jane Austen, but once she becomes more self-confident she’s able to trust her feelings and decisions when it comes to romance. If you’re a romance reader, then you’ll definitely want to add Lies Jane Austen Told Me to your TBR list. If you’re looking for something a little different to read, grab a copy of Lies Jane Austen Told Me to read. If you take today’s suggestion along with tomorrow’s suggestion (trust me on this one my friends), your weekend reading has been planned and you’re welcome! 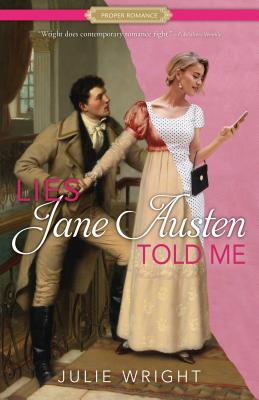 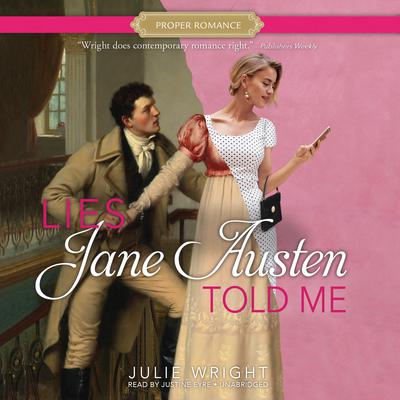 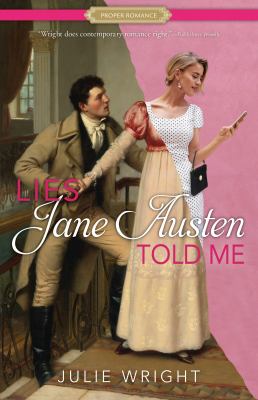