You love your family. They make you feel safe. You trust them. Or do you…?

When fifteen-year-old Billy Wilkinson goes missing in the middle of the night, his mother, Claire Wilkinson, blames herself. She’s not the only one. There isn’t a single member of Billy’s family that doesn’t feel guilty. But the Wilkinsons are so used to keeping secrets from one another that it isn’t until six months later, after an appeal for information goes horribly wrong, that the truth begins to surface.

Claire is sure of two things—that Billy is still alive and that her friends and family had nothing to do with his disappearance.

A mother’s instinct is never wrong. Or is it…?

Claire and Mark Wilkinson have been coping with the disappearance of their fifteen-year-old son Billy to the best of their abilities, but their ability to cope is reaching an end. Their nineteen-year-old son Jake is drinking too much. His live-in girlfriend, Kira, seems to be on edge and doesn’t want to talk to anyone. Mark is on the outs with his stepbrother. Jake and Kira’s relationship seems to swing from one extreme to another. And the six-month disappearance televised appeal ended in a fiasco. Claire knows that there has to be more to Billy’s disappearance than the police are telling them but she can’t quite figure out. Then she wakes up far from home in a hotel and can’t remember how she got there. Disoriented and confused, her husband and son track her down and bring her home. Then it happens again. After seeking medical treatment, Claire is seen by a psychotherapist. Her fugue states are tentatively diagnosed as disassociative amnesia and appear to be caused by stress. Everyone within the Wilkinson household seems to be falling apart, Claire finds out that Mark lied about why he was unable to become a police officer years ago, he may or may not have cheated on her six months ago, Jake’s computer is found with graphic pictures of child pornography, someone seems to have defaced a family photo album, and Kira is becoming more and more distant. If that wasn’t enough to deal with, a convicted pedophile has confessed to abducting and murdering Billy. Claire doesn’t know what or who to believe, but she knows she has to find the truth even if the police cannot.
Although I found The Missing to be a slow read at times, it is one that I enjoyed. It took me awhile to get into the story and for the story to pick up the pace, but when it did it took off. Ms. Taylor (no relation) has crafted a story that kept this reader on edge and never quite sure where the story was heading. One minute I thought I knew that this person was the killer, if Billy was dead, and the next I just knew that it was another person, again presuming Billy was dead. Truthfully, I didn’t really figure it out until I was about three-quarters of the way through the story and I still wasn’t sure until the author confirmed my guess. (No, I won’t tell you who-did-it or if Billy is actually dead or just missing…read the book!) The Missing is an intriguing psychological suspense read and the first I’ve read by Ms. Taylor (something tells me it won’t be my last read by this author). I enjoyed the characters, the action, and the settings. If you enjoy multi-layered stories that will keep you guessing until the bitter end or are a fan of psychological suspense thrillers, then I strongly encourage you to grab a copy of The Missing by C.L. Taylor to read. Might I suggest you hold off and make this your next holiday weekend read, you may not want to put it down once you get started.

Disclaimer: I received a free print review copy of this book from the author/publisher via TLC Book Tours. I was not paid, required, or otherwise obligated to write a positive review. The opinions I have expressed are my own. I am disclosing this in accordance with the Federal Trade Commission’s 16 CFR, Part 255: “Guides Concerning the Use of Endorsements and Testimonials in Advertising.”

C. L. Taylor is a Sunday Times bestselling author. Her books have sold more than a million copies and have been translated into twenty-one languages. She lives in Bristol, England, with her partner and son. 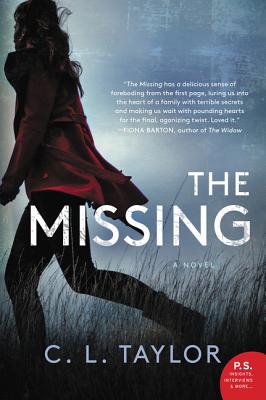 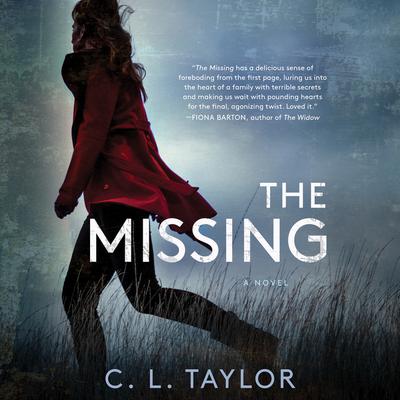