“The twists and turns in this dark, taut drama make it both creepy and compelling.” –New York Times bestselling author Steve Berry

A killer stole her voice. Now she’s ready to take it back. Don’t miss the chilling Shades of Death series from USA TODAY bestselling author Debra Webb. Joanna Guthrie was free. She had been for eighteen years–or so she needed everyone to believe. What really happened during the longest fourteen days of her life, when she and two other women were held captive by a dangerous serial killer, wasn’t something she could talk about. Not after what they had to do to survive. But when more women go missing in an eerily similar manner, Jo knows her prolonged silence will only seal their fates. She’s finally ready to talk; she just needs someone to listen. FBI special agent Tony LeDoux can’t deny he finds Jo compelling–he’s just not sure he believes her story. But with the clock ticking, Jo will do anything to convince him, even if it means unearthing long-buried secrets that will land them squarely in the crosshairs of the killer…

Joanna Guthrie has been living her life on the run for the past eighteen years. But you can never truly run from your past and that’s what she has been trying to do. Now that the only other person that knew what had happened all those years ago has died and it appears circumstances might be repeating themselves with another abduction, Joanna knows she has to confront the past once and for all. It is upon her return to Georgia that Joanna connects with former FBI agent Tony LeDoux. Tony is in town because his niece, a college student, is missing and initially no one takes her absence seriously. Tony’s sister knows that her daughter wouldn’t disappear without her cellphone, purse, or any clothes, but the local authorities aren’t so sure until another student goes missing. It is now a case of beat the clock because Joanna knows that although two girls have been reported missing, there are actually three girls that have been abducted and only two will walk away. The good thing about Joanna’s return to Georgia is that she is beginning to remember things from those days in captivity. The bad thing about Joanna’s return is that she has recognized several key players in her abduction and they just might be willing to do anything to ensure her silence. Can Joanna recall enough to save Tony’s niece and the others before it is too late?
I’ve had the pleasure of reading several books in the Shades of Death series in the past, so I was already familiar with and enjoyed Ms. Webb’s ability to pull me into a story as a reader. She has repeated that ability with The Longest Silence. I sat down and began reading this book and with the exception of a brief break to take migraine pain medication (another weather-induced migraine), I did not stop. I liked Joanna and Tony and sincerely hope there will be more from these two in the future (hint, hint). Joanna’s captivity backstory from eighteen years ago is nicely interwoven with the current abductees story. Ms. Webb provides hints of romance and undertones of horror in this taut suspense-thriller. There were also several surprise twists thrown in towards the end but it all worked quite nicely towards the end (no, I won’t tell you what the surprises where or how it ends, read the book!). If you’ve read anything by Ms. Webb, then I probably don’t have to tell you to read The Longest Silence (but I will just in case). If you’ve never read anything by Ms. Webb and enjoy suspense thrillers, then grab yourself a copy of The Longest Silence to read. If you’re not sure about suspense thrillers but are looking for something a bit different to read, then grab a copy of The Longest Silence to read. I hope to read more from Ms. Webb and the Shades of Death series in the future.

DEBRA WEBB is the award-winning, USA Today bestselling author of more than 130 novels, including reader favorites the Faces of Evil, the Colby Agency, and the Shades of Death series. With more than four million books sold in numerous languages and countries, Debra’s love of storytelling goes back to her childhood on a farm in Alabama. 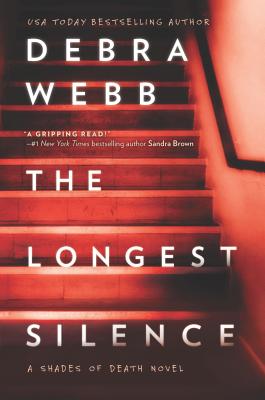 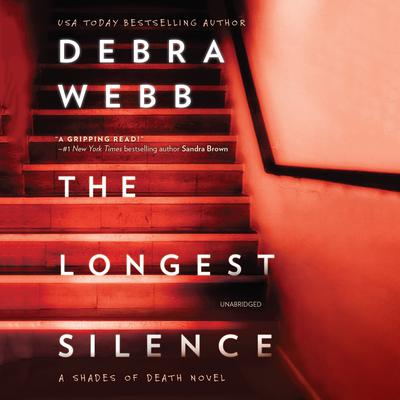 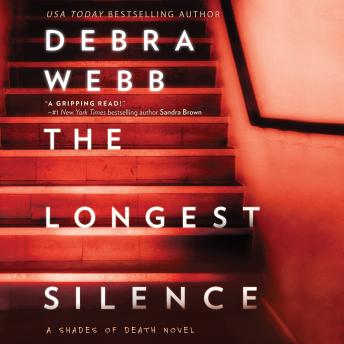