“Wiley Cash reveals the dignity and humanity of people asking for a fair shot in an unfair world.”Christina Baker Kline, author of A Piece of the World and Orphan Train

The New York Times bestselling author of the celebrated A Land More Kind Than Home and This Dark Road to Mercy returns with this eagerly awaited new novel, set in the Appalachian foothills of North Carolina in 1929 and inspired by actual events. The chronicle of an ordinary woman’s struggle for dignity and her rights in a textile mill, The Last Ballad is a moving tale of courage in the face of oppression and injustice, with the emotional power of Ron Rash’s Serena, Dennis Lehane’s The Given Day, and the unforgettable films Norma Rae and Silkwood.

Twelve times a week, twenty-eight-year-old Ella May Wiggins makes the two-mile trek to and from her job on the night shift at American Mill No. 2 in Bessemer City, North Carolina. The insular community considers the mill’s owners—the newly arrived Goldberg brothers—white but not American and expects them to pay Ella May and other workers less because they toil alongside African Americans like Violet, Ella May’s best friend. While the dirty, hazardous job at the mill earns Ella May a paltry nine dollars for seventy-two hours of work each week, it’s the only opportunity she has. Her no-good husband, John, has run off again, and she must keep her four young children alive with whatever work she can find.

When the union leaflets begin circulating, Ella May has a taste of hope, a yearning for the better life the organizers promise. But the mill owners, backed by other nefarious forces, claim the union is nothing but a front for the Bolshevik menace sweeping across Europe. To maintain their control, the owners will use every means in their power, including bloodshed, to prevent workers from banding together. On the night of the county’s biggest rally, Ella May, weighing the costs of her choice, makes up her mind to join the movement—a decision that will have lasting consequences for her children, her friends, her town—indeed all that she loves.

Seventy-five years later, Ella May’s daughter Lilly, now an elderly woman, tells her nephew about his grandmother and the events that transformed their family. Illuminating the most painful corners of their history, she reveals, for the first time, the tragedy that befell Ella May after that fateful union meeting in 1929.

Intertwining myriad voices, Wiley Cash brings to life the heartbreak and bravery of the now forgotten struggle of the labor movement in early twentieth-century America—and pays tribute to the thousands of heroic women and men who risked their lives to win basic rights for all workers. Lyrical, heartbreaking, and haunting, this eloquent novel confirms Wiley Cash’s place among our nation’s finest writers.

Ella May Wiggins has had a hard life. She’s only 28 years old and has given birth to five children, buried one, and is pregnant with her sixth. Her husband walked out after the death of their child. To say that she’s struggling is a major understatement. She and all those that live and work in the mills are struggling to make it. She works six days a week, 12-hour shifts, and gets paid a measly $9.00/week. Her children often go hungry and cold simply because she can’t afford to buy food or provide them with decent housing. Ella doesn’t complain because she knows it could be worse, but she hopes it might get better as well. Then she’s called into her bosses office and warned because she’s missed three days in five months time and if she misses one more she may be out of a job. It’s this threat of unemployment that sends Ella May to find out more about the people wanting to unionize the workers at the mills. What Ella May doesn’t know is that her chance visit to the new textile workers union organization is going to change not only her life but the lives of her children and plenty of those around her for years to come.
The Last Ballad is told in a variety of voices, namely that of Ella May Wiggins, Ella’s daughter Lilly, and a host of others. What makes this story all the more sensational and heartrending is that it is based on a real person. The reader gets to know Ella May firsthand and understand her internal struggle to do right by her family and join the union in the late 1920s. We also meet her daughter in the mid-2000s and find out what happened to Ella May’s children after all these years. As with any story about unionization, there is a lot of tears and bloodshed. Mr. Wiley doesn’t present us with a happy or a sad story but simply a fictionalized story of one woman’s real and deadly struggles with the textile workers union in the late 1920s in North Carolina. I enjoyed this story but struggled with it at times simply because of the use of the “n-word” by Whites in the early 1900s to refer to Black Americans and the deadly force used by those trying to stop the unionization. In a lot of ways, this struggle to unionize reminded me of stories of unionization struggles in the coalfields in Appalachia around the same time period, especially those here in West Virginia. This is a story for fighting for what’s right against insurmountable odds. It’s a story about friendship seeing beyond the color lines of the times. It’s also a story about family. For those of you that enjoy historical fiction, I encourage you to grab a copy of The Last Ballad to read. For those of you that enjoy reading about twentieth-century American History, then I encourage you to grab a copy of The Last Ballad to read. Actually, I encourage everyone to grab a copy of The Last Ballad to read, but you might not want it in your suitcase as a beach read, unless you don’t have a problem with heavy reads while at the beach.
Disclaimer: I received a free print review copy of this book from the publisher via TLC Book Tours. I was not paid, required, or otherwise obligated to write a positive review. The opinions I have expressed are my own. I am disclosing this in accordance with the Federal Trade Commission’s 16 CFR, Part 255: “Guides Concerning the Use of Endorsements and Testimonials in Advertising.”

Wiley Cash is the award-winning and New York Times bestselling author of A Land More Kind Than Home. A native of North Carolina, he has held residency positions at Yaddo and The MacDowell Colony and teaches in the low-residency MFA program at Southern New Hampshire University. He and his wife live in Wilmington, North Carolina. 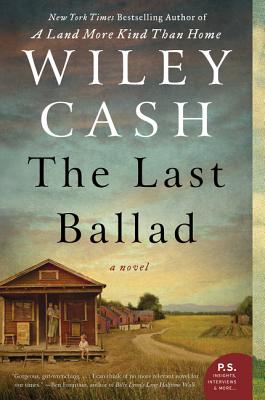 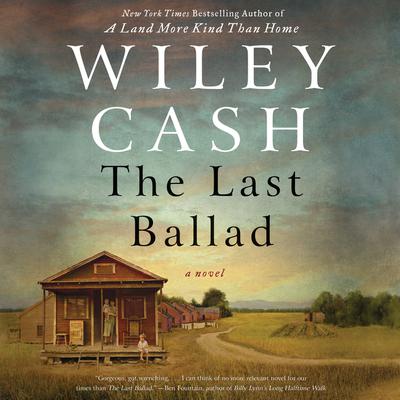 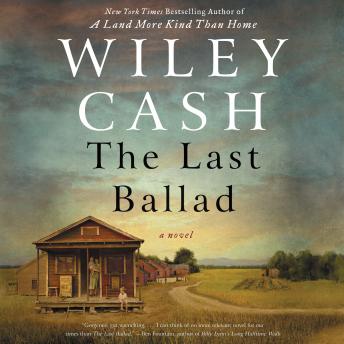 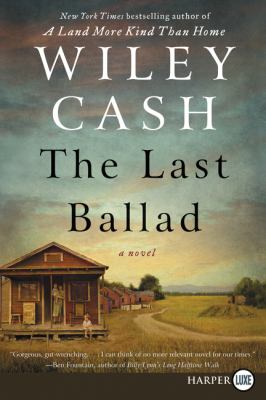