Malachi “Mal” July has run into trouble in the past. With a reputation as a player, he’s now a recovering alcoholic and has made progress in redeeming himself in the eyes of his family and the citizens of Henry Adams, Kansas. He’s not only turned his diner into a profitable business, but also mentors the town’s foster kids. And he’s even staying true to one woman—Bernadine Brown.

But all it takes is a moment of pride to blind Mal to his blessings—a moment that makes him betray his friends and family, and lose Bernadine’s trust and love. Will he ever be able to win her forgiveness?

Meanwhile Homecoming Weekend is fast approaching, and store owner Gary Clark is reunited with his high school sweetheart. All it takes is a few minutes for them to realize the spark is still there, but is it too late for second chances?

Welcome back to Henry Adams, Kansas. A rural town founded by former slaves in the late 1800s known as Exodusters. This town has the dubious distinction of being sold on eBay and purchased by millionaire Bernadine Brown. Ms. Brown moved in and provided much-needed upgrades for the town (such as paving the road, improving infrastructures, providing town-wide WiFi services, building homes, providing a school and recreation center, and more). Now, this once dying town is thriving as are its residents, old and new. Ms. Brown also brought in new families to foster children and all of those children have subsequently been adopted. Along with the town’s council, she’s overseen the influx of new residents and restored old historic businesses. The one thing she couldn’t control was how Malachi “Mal” July would feel when she was paying all of the bills when they went on vacation. Mal felt like a gigolo and, along with his best friend Clay, decided on a get-rich-quick scheme that quickly fell apart. Clay had the money for the “investment”, but Mal embezzled the monies from the diner he is co-owner of, The Dog and Cow (it’s a long story). Adding insult to injury, when the embezzlement was discovered, this 60-something-year-old man ran away only to return for his goddaughter’s wedding with another woman in tow. Talk about a double slap in the face for Bernadine. Now Mal is back and providing a feeble apology at best. Is it possible for him to make financial restitution to the town and regain some semblance of trust from his friends and family? Will Bernadine ever be able to trust him again?
While all of the Mal July drama is going on, Lily July (Mal’s daughter-in-law), has been busy planning the former Henry Adams high school reunion weekend. Lily is a great planner, but even she can’t plan for the crazy behavior of Gary Clark’s ex-wife. This woman didn’t want her daughters when she divorced Gary a few years ago, moved to Atlanta and remarried. Now that she’s getting a divorce from husband number two, she’s decided that she’s lonely and wants custody of the girls. It’s bad enough she lied about being pregnant and trapped Gary into marriage all those years ago, but now she’s trying to ruin their daughter’s lives as well as all possibilities for Gary’s second chance at love with his high school sweetheart. Will she be able to derail her girl’s lives and Gary’s chance to reconnect with the love of his life?
Needless to say, there’s a lot more drama and intrigue going on in Henry Adams then I’ve mentioned, but to find out more you’ll need to read Second Time Sweeter by Beverly Jenkins for yourself. I always enjoy returning to Henry Adams and feel as if I’m revisiting old friends. This town is more about the family you make as much as it is about the family you’re born into. There’s this greater sense of community that used to be prevalent in small communities. It’s also nice to see a character such as Bernadine Brown putting her money to such great use by helping the town of Henry Adams and others. (Yes, I know it’s a fictional town, but I still think it’s nice.) This little town has grown so much since the first book, Bring On The Blessings, and I’m not talking land wise. The town population has expanded. It now has a grocery store, a swimming pool, a hair salon/barber shop, a coffee shop, a medical office, a recording studio, and a fire department with plans for an upscale restaurant and a bed-and-breakfast along with more housing. Obviously, there’s a lot more going on in Second Time Sweeter than Mal trying to repay his debt and atone for his sins and Gary possibly finding love with his high school sweetheart, but if I told you more you wouldn’t need to read the book. I enjoyed the characters, their interactions, the action, the drama (and there’s a lot of drama), and the setting of Henry Adams. If you’ve read the previous books in The Blessings series, I won’t have to tell you to grab a copy of Second Time Sweeter to read. You probably already have it on your TBR list and have pre-ordered your copy. For those of you that haven’t read any of the books in The Blessings series, set aside a few evenings or weekends and begin with Bring On The Blessings and read through to Second Time Sweeter. I’m so hooked on this series that I reread it from the very first book to the latest book with each addition to the series. (Yes, I enjoy this series just that much!) Hopefully, you’ll enjoy Second Time Sweeter by Beverly Jenkins as much as I did. Happy Reading! 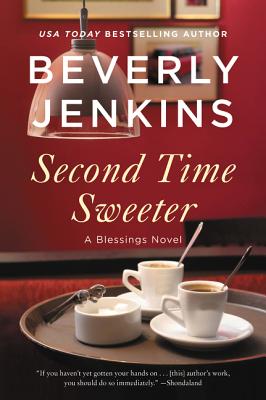 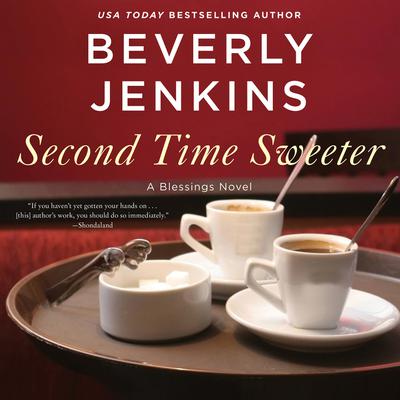 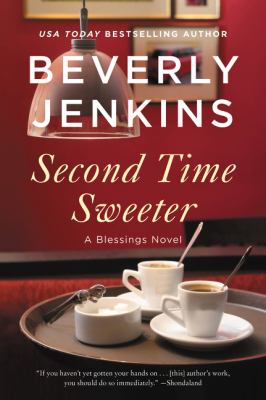 One thought on “2018 Book 316: SECOND TIME SWEETER by Beverly Jenkins”