Hello, my bookish peeps. I’ve participated in several tours in the past promoting books from the Josiah Reynolds Mystery Series by Abigail Keam. I hope you’ll catch up on this series before you read the latest addition, Death by Drama. I’m honored to host a return visit today from this award-winning author and my Appalachian neighbor (she’s in Kentucky and I’m in West Virginia). Today Ms. Keam will be sharing with us the origins of this series and what has happened in a few of the first books.

I have always loved reading murder mysteries. When I was decided to pen The Josiah Reynolds Mystery Series, I made several decisions about the tone of the series, which my readers have enjoyed. One was to give my middle-aged female beekeeper sleuth the name of a Biblical king. I also gave her health issues. To add a realistic flavor, I used real locations in the Bluegrass and intertwined history with the storyline. I stirred in quirky friends and feisty honeybees, added a dash of bourbon and a teaspoon of Southern charm, and voila, something unique to read.  I’ve been very fortunate that many readers have enjoyed this recipe and have stayed with me in the eight years of writing the series. I recently released Death By Drama #11 and am currently working on the twelfth Josiah Reynolds Mystery. It’s a joy and privilege to write for mystery readers, and I am so thankful Josiah is welcomed into so many homes.
As with the yellow brick road, it always helps to start at the beginning.
#1. Death By A HoneyBee
READERS’ FAVORITE – GOLD MEDAL WINNER
Death By A HoneyBee is an enjoyable read which will capture the interest of most die-hard mystery fans!
Josiah Reynolds, a former art history professor, was once a celebrity with wealth, social position, and a famous husband. Now all of that is gone. The professor finds her circumstances drastically altered. Retired, Josiah is now a full-time beekeeper trying to stay financially afloat by selling honey at the local Farmers Market. She finds her world turned upside down when a man is found dead in her bee yard, only to discover that the victim is her competitor and nemesis. Set in the beautiful horse country of the Bluegrass, Josiah makes the rounds of quirky characters that can only be found in Kentucky. Fighting an unseen enemy in the glamorous world of Thoroughbreds, oak-cured bourbon, and antebellum plantation houses, Josiah struggles to uncover the truth in a city that keeps its secrets well.
#2. Death By Drowning
Readers’ Favorite Gold Medal Award Winner 2011 for Best New Mystery Sleuth
In spite of having to recover from serious injuries from her fall down a cliff, Josiah Reynolds is back to sleuthing. This time her friend, Irene Meckler, asks Josiah to investigate the death of her nephew which was ruled accidental. Irene has her doubts. As Josiah fights for her recovery, she fights for the truth regarding a youth and the secret of how he died. In a land where secrets are buried deep in the earth, Josiah searches in a land that doesn’t let go of its past easily. The past never dies in Kentucky – the dark and bloody ground.
#3. Death By Bridle
Death by Bridle is as fast-paced and full of personality as we have come to expect from Abigail Keam. A really great read! – Midwest Book Review
Josiah is back on the trail of a murderer. Arthur Aaron Greene III is one of Kentucky’s most prominent horse breeders but he is found hanging from the rafters in a horse barn with stones in his pockets and a bucket of water under his feet. The only witness is a nine-year-old boy who can’t remember exactly what happened. Relentless in her pursuit of the killer, Josiah stumbles into decades of lies and deception that include her dear friend, Lady Elsmere. Josiah discovers that she must go back to 1962 if she is to find out the truth at all.
#4. Death By Bourbon
Life takes a dramatic turn for Josiah when she witnesses a death at an engagement party for Matt, her best friend. Charming socialite Addison DeWitt falls into a fit after taking a sip of bourbon. That would be upsetting enough, but Josiah is sure it is murder. However, no one will believe her except for Lady Elsmere and Meriah Caldwell, the famous mystery writer. The three of them conspire to bring the murderer to justice. It turns out the suspect is always three steps ahead of them, but Josiah is sure of one thing. There is justice and then there is Kentucky justice.

Josiah joins an amateur thespian group that puts on plays in quirky places like public parks and crumbling antebellum mansions. It is a way to socialize, and Josiah feels lonely when her friend Hunter stops calling. Since the new play is being staged at Hunter’s ancestral home Wickliffe Manor, Josiah sees this as a win-win situation. She gets to have fun and remind Hunter that she is still alive and kicking. Hint. Hint.

What could go wrong? Everything!

Hunter ignores the acting group including Josiah, and it doesn’t help when the leading lady, Madison Smythe, drops dead on Hunter’s antique Persian rug. To make matters worse, Franklin, Hunter’s brother, is arrested for her murder!

Josiah does the only thing she can. She sends an S.O.S. to her daughter Asa to investigate the murder. Asa must also discover why a love note from Hunter was found in the dead woman’s coat pocket. Josiah is ready for romance, but she doesn’t want to fall in love with a cheater . . . and possibly a murderer! 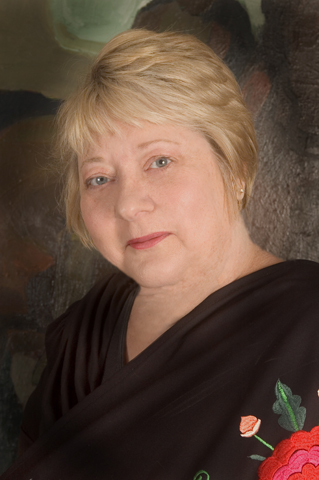 Abigail Keam is an award-winning and Amazon best-selling author who writes the Josiah Reynolds Mystery series about a Southern beekeeper turned amateur female sleuth in the Bluegrass.
Her first mystery novel, Death By A HoneyBee, won the 2010 Gold Medal Award for Women’s Lit from Reader’s Favorite and was a Finalist of the USA BOOK NEWS-Best Books List of 2011.
Death By Drowning won the 2011 Gold Medal Award for Best Mystery Sleuth from Reader’s Favorite and also was placed on the USA BOOK NEWS-Best Books List of 2011 as a Finalist.
Miss Abigail is also an award-winning beekeeper who has won 16 honey awards at the Kentucky State Fair including the Barbara Horn Award, which is given to beekeepers who rate a perfect 100 in a honey competition.
A strong supporter of farmers’ markets and local food economy, Miss Abigail has taken her knowledge of beekeeping to create a fictional beekeeping protagonist, Josiah Reynolds, who solves mysteries in the Bluegrass. While Miss Gail’s novels are for enjoyment, she discusses the importance of a local sustainable food economy and land management for honeybees and other creatures.
She currently lives on the Kentucky River in a metal house with her husband and various critters. She still has honeybees.