“There is so much to relate to and throughout the novel, there is a sharp feminist edge. Loved this one, and you will too.”–New York Times bestselling author Roxane Gay

The author of The Wedding Date serves up a novel about what happens when a public proposal doesn’t turn into a happy ending, thanks to a woman who knows exactly how to make one on her own…

When someone asks you to spend your life with him, it shouldn’t come as a surprise–or happen in front of 45,000 people.

When freelance writer Nikole Paterson goes to a Dodgers game with her actor boyfriend, his man bun, and his bros, the last thing she expects is a scoreboard proposal. Saying no isn’t the hard part–they’ve only been dating for five months, and he can’t even spell her name correctly. The hard part is having to face a stadium full of disappointed fans…

At the game with his sister, Carlos Ibarra comes to Nik’s rescue and rushes her away from a camera crew. He’s even there for her when the video goes viral and Nik’s social media blows up–in a bad way. Nik knows that in the wilds of LA, a handsome doctor like Carlos can’t be looking for anything serious, so she embarks on an epic rebound with him, filled with food, fun, and fantastic sex. But when their glorified hookups start breaking the rules, one of them has to be smart enough to put on the brakes…

Nikole “Nik” Paterson thought she was spending a casual date with her boyfriend, Fisher, and his friends on his birthday. Not a sports enthusiast, Nik wasn’t really into the game when all of sudden Fisher tells her to watch something and a proposal shows up on the Jumbotron and Fisher is on bended knee with an engagement ring. To say this was a huge surprise is a major understatement since neither of them had even mentioned being in love with one another. When Nik politely rejects his very-public proposal, Fisher storms off and Nik quickly becomes the object of a viral video and a woman scorned by sports enthusiasts worldwide. Her social media blows up with taunts and threats. Fisher sends her vicious and threatening text messages. The only way Nik was able to safely leave the stadium was to be rescued by Dr. Carlos Ibarra and his sister Angela, who were sitting behind Nik and Fisher and witnessed the entire fiasco. What made everything worse was the fact that Fisher had spelled Nikole’s name wrong on the Jumbotron, not that she was interested in marriage with him in the first place. A chance encounter at Dodger Stadium with Dr. Ibarra quickly becomes a flirtation, then a romantic friendship and before you know it, Nik is meeting his best friends and his family. Can she set aside the ingrained doubts of her self-worth from previous harmful relationships and open herself up to Carlos? Is this just a rebound relationship or something more?
The Proposal by Jasmine Guillory was another delightfully fun, sexy, smart, and fast-paced read. Once again, Ms. Guillory provides an interracial relationship story without race being the primary focus of the story (Nik is Black and Carlos is Latino). A major portion of this story is obviously the relationship between Nik and Carlos, but there’s also the years of self-doubt that Nik is dealing with due to destructive negative feedback from previous relationships. I enjoyed reading about Nik’s friends, Constance and Dana and hope that we’ll be reading their stories in the future (hint, hint). I also enjoyed revisiting Alexa and Drew from The Wedding Date. Carlos and Drew are good friends and Carlos will be the Best Man at Drew and Alexa’s wedding. There’s quite a bit going on in this story, but I found one of the most interesting themes to be the female characters dealing with the after-effects of emotionally abusive relationships, especially with regards to Nik and gym owner Natalie (read the book to learn more). Nik and her friends sign up for a self-defense class after the fallout from “the proposal” and it does quite a bit to restore Nik’s self-confidence. If you’re a romance fan and you’ve read The Wedding Date then you’ll definitely want to grab a copy of The Proposalto read. Seriously, this was a great romance read. I’m lending my copy to my 84-y.o. mother to read. (She wondered why I was laughing and smiling so much while reading this book at her house the other day and after I described the book she said she had to read it. Of course, she has to return it to me after she’s finished so I can reread it in the future.) If, for some reason, you haven’t read The Wedding Date and you’re a romance reader, then run out and grab a copy along with a copy of The Proposal. If you’re not a romance reader and are looking for something different to read, then I encourage you to grab copies of The Wedding Date and The Proposal to read as well. You can thank me later. Happy Reading!

Disclaimer:  I received a free print review copy of this book from the publisher. I was not paid, required, or otherwise obligated to write a positive review. The opinions I have expressed are my own. I am disclosing this in accordance with the Federal Trade Commission’s 16 CFR, Part 255: “Guides Concerning the Use of Endorsements and Testimonials in Advertising.” 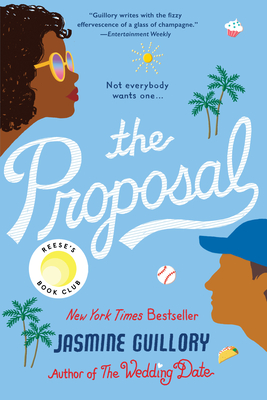 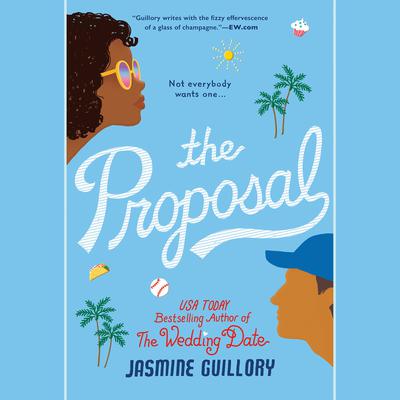