“The greatest works of poetry, what makes each of us a poet, are the stories we tell about ourselves. We create them out of family and blood and friends and love and hate and what we’ve read and watched and witnessed. Longing and regret, illness, broken bones, broken hearts, achievements, money won and lost, palm readings and visions. We tell these stories until we believe them.”

When the renowned poet Fiona Skinner is asked about the inspiration behind her iconic work, The Love Poem, she tells her audience a story about her family and a betrayal that reverberates through time.

It begins in a big yellow house with a funeral, an iron poker, and a brief variation forever known as the Pause: a free and feral summer in a middle-class Connecticut town. Caught between the predictable life they once led and an uncertain future that stretches before them, the Skinner siblings—fierce Renee, sensitive Caroline, golden boy Joe and watchful Fiona—emerge from the Pause staunchly loyal and deeply connected.  Two decades later, the siblings find themselves once again confronted with a family crisis that tests the strength of these bonds and forces them to question the life choices they’ve made and ask what, exactly, they will do for love.

A sweeping yet intimate epic about one American family, The Last Romantics is an unforgettable exploration of the ties that bind us together, the responsibilities we embrace and the duties we resent, and how we can lose—and sometimes rescue—the ones we love. A novel that pierces the heart and lingers in the mind, it is also a beautiful meditation on the power of stories—how they navigate us through difficult times, help us understand the past, and point the way toward our future.

The Skinners were once a typical suburban family, a working father, a stay-at-home mother, and four well-behaved children. All of that changed when their father died and the Pause occurred, or the years their mother gave into grief and the children were left on their own. Renee, the eldest, became the surrogate mother, feeding and caring for all of her siblings. Caroline, the next oldest, was the most timid of them all and afraid of everything. Joe, the only boy, ran wild, and the youngest, Fiona, became his shadow. Things changed as they grew older and their mother shook off the Pause. Renee became a doctor, a renowned transplant surgeon, and eventually married a renowned wood artist. Caroline married her childhood sweetheart and had three children. Joe became a baseball phenom in high school, played ball in college until disaster struck, worked for a college buddy, got engaged, moved to Miami, and disaster struck again. Fiona is a struggling wordsmith most of her life and in her early twenties became a blogger of some renown for her writings about sexual exploits. She works for an environmental group, eventually becoming the head of that group but also becomes a well-known poet. The story begins with Fiona at a question and answer period after a reading and she’s asked if there was a real Luna for the basis of the Luna in her poem. The person asking is a young woman named Luna in honor of the poem. Can Fiona reveal the hidden history of her family to this audience? Is it necessary for an author to tell the truth about everything when it comes to their art?
First, let me say that I had previously read The House Girl by Tara Conklin and when I heard she had a new book coming out I was super excited. I found The Last Romantics to be an engaging and fast-paced read about love and family and all the befores and afters we encounter with our families and in life. The Skinner family has a slew of before and afters in their lives, before and after their father died, before and after the Pause, before and after Joe (read the book to understand that statement), before and after each siblings’ marriages/relationships. The three sisters are all close in their own way but they are all satellites, if you will, around their brother Joe and make every attempt to protect his shenanigans from ever reaching their mother’s ears. Needless to say, this has an impact by itself on their individual lives, before and after Joe (again, read the book to understand this better). I loved the way Ms. Conklin wove the future storyline into the more contemporary storyline and presumed that the reason for the power outages and alarms was due to society not heading the warnings of global warming (ahem…this will make more sense if you read the book). I enjoyed all of the characters and the action in this story, okay, I enjoyed pretty much everything about this story. We learn what family means to the Skinners and just how far they’re willing to go for one another. Ms. Conklin has a way of pulling this reader into the story and I become invested in the lives of each character and want to know what’s next. Just in case you couldn’t tell, I thoroughly enjoyed The Last Romantics and strongly encourage you to grab a copy to read as soon as possible. 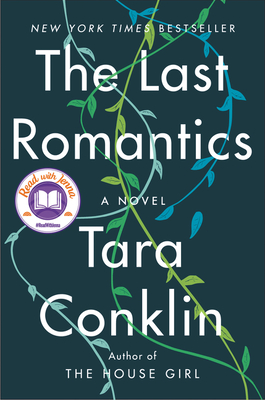 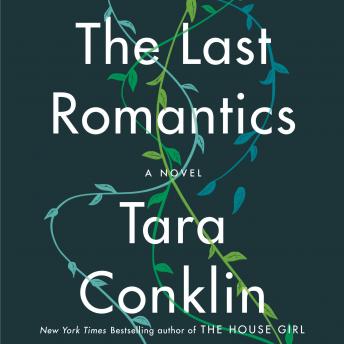 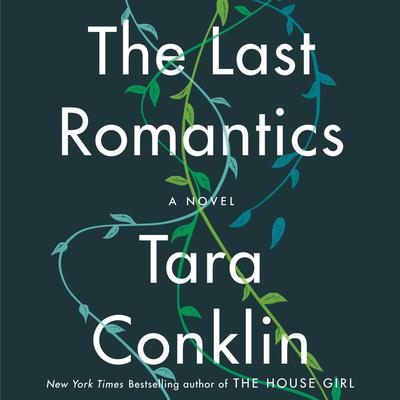