Good day, book people. Today, I’m honored to introduce you all to Eleanor Kuhns, author of the Will Rees Mysteries including the latest addition to this historical fiction series, The Shaker Murders. Ms. Kuhns will be sharing with us insight into the much slower pace of communication in the Eighteenth Century versus the instantaneous connections we seek and crave today. Thank you, Ms. Kuhns, for stopping by and sharing this information with us today. I hope you will all add The Shaker Murders to your TBR list.

In this hyper-connected world where information is just a few clicks away and communication with another person, even one in another state is as close as a text, it is hard for us to imagine how isolated people were in the eighteenth century.
In fact, I’ve had questions about this very topic, not just about The Shaker Murders but about all the books in the series.
Why I’ve been asked, isn’t Will Rees hurrying to communicate with the constable? There’s a killer on the loose. (Well, it was night time.)
How can he take out that poor horse again? That horse is worked so hard. (He could walk or use the horse or a mule. There are no other choices.)
Why is Rees driving into town again? (How else is he going to speak to the constable and others?)
Email as a common form of communication is less than thirty years old and texting is even more recent. So, let’s go old school. Telephone. Alexander Graham Bell put in a patent for the telephone in 1876. Welcome to the world of the switchboard and party line. By 1904 there were three million phones in the United States. Cell phones were proposed in 1947 but the technology did not exist then and didn’t until the 1960s. It took several more decades before the cell phone (or the mobile phone) became ubiquitous.
What about the telegraph? Although the telegraph was posited in 1774, the technology didn’t exist at that time. It was not until the early 1800s when several scientists built varying forms of the telegraph. It came into use in the United States in 1861, (using the Morse code) and putting the end to the Pony Express.
Both the telephone and the telegraph were dependent on another nineteenth-century invention: electricity.
The Pony Express was a service that delivered messages, newspapers, and mail and was not an arm of the Post Office. It was instead a private business set up by three men:  William Russell, Alexander Majors, and William Waddell. By utilizing a short route and using mounted riders rather than stagecoaches (which were used by the post office) they proposed to establish a fast mail service between St. Joseph, Missouri, and Sacramento, California, with letters delivered in ten days.  In these days of instantaneous communication, ten days seems slow. But at that time it was considered too fast to be possible. They did succeed, however.
From April 3, 1860, to October 1861, it became the West’s most direct means of east-west communication before the telegraph was established (October 24, 1861), and was vital for tying California to the Eastern United States.
All of these methods happened decades after Will Rees did his detecting. So, there were only two avenues of communication available to him: the Post Office or face to face.
Yes, there was mail. During the Colonial period, most of the mail went back and forth between the colonies and Great Britain. It took months. In 1775 Ben Franklin was the postmaster who began setting up a postal service to take the place of the Crown Post. He set a standardized rate and set up routes from Maine to Florida. At this point, there were no post offices and mail was delivered to inns and taverns. (By 1789 there were 75 post offices in the United States.) The U.S. Constitution, ratified in 1788, gave Congress the power to set up a Postal Service. In 1789 George Washington appointed Samuel Osgood to the Postmaster’s General position, which he held until 1791.
So, Rees would have had to meet with every person he wishes to question. And he is limited by time of day (no electricity so he does not often drive at night) and weather. In The Shaker Murders, I avoid this problem by setting the murder where Rees and his family are living so they are on-site. But as soon as he wishes to speak to the constable of investigating elsewhere, he must take himself physically to them.
He would be astonished by the variety of rapid communication methods we enjoy.

Eleanor Kuhns is the 2011 winner of the Minotaur Books/Mystery Writers of America First Crime Novel. A lifelong librarian, she received her Masters from Columbia University and is currently the Assistant Director of the Goshen Public Library in Orange County New York.

A peaceful Shaker community is rocked by a series of bizarre accidents, but is there more to them than first appears?

Fresh from facing allegations of witchcraft and murder, traveling weaver Will Rees, his heavily pregnant wife Lydia and six adopted children take refuge in Zion, a Shaker community in rural Maine. Shortly after their arrival, screams in the night reveal a drowned body … but is it murder or an unfortunate accident? The Shaker Elders argue it was just an accident, but Rees believes otherwise.

As Will investigates further, more deaths follow and a young girl vanishes from the community. Haunted by nightmares for his family’s safety, Rees must rush to uncover the truth before the dreams can become reality and more lives are lost. Yet can the Shaker Elders be trusted, or is an outsider involved? 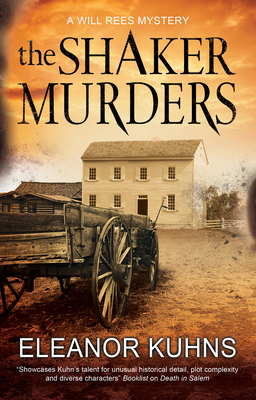 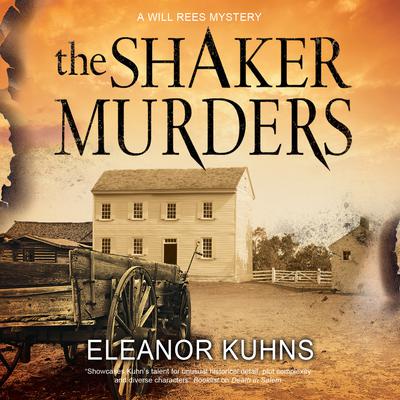