Good day, my fellow book people. There are probably billions of books out there to read and millions of authors. I consider myself fortunate if I get to 0.001% of the books published in my lifetime. Having said that, I’m always eager to learn about new-to-me authors and books and I hope you are as well. Today, I’m pleased to introduce you to a new-to-me author and book, Albert A. Bell Jr. and Death by Armoire, A Palmetto Antiques Mystery. Mr. Bell is a prolific and award-winning author and is going to be discussing with us the importance of not being limited in writing characters and stories today. I hope you’ll enjoy learning from him and, hopefully, you’ll grab a copy of Death by Armoire to read if your interest is piqued. Thank you, Mr. Bell, for stopping by today and sharing with us.

One question that is often posed when people talk about books is whether authors can write about characters who are different from them in various ways—different ethnicity, different sexual identity, different age, different gender. Sometimes today when, for example, white authors write about African American characters, they’re accused of “cultural appropriation.”
But are authors to be limited to writing only about people who are like them? How boring that would be! To be a writer is to try to get inside the minds of different characters and show readers the world from their point of view. Shakespeare was not a love-sick teenager when he created Romeo and Juliet. The ancient Greek playwright Euripides was not a woman, but his Medea gives one of the finest expressions of what a woman’s life was like in that time period. J.K. Rowling is not a wizard-in-training, but she has created a world that shows us what such a character might experience.
Now, do I have the braggadocio to talk about my writing in the same breath with Shakespeare, Euripides, and Rowling? No, I’m going to sit back, take a couple of deep breaths, and then talk about my writing because that’s what I’ve been invited to do.
I like to write in the first person, but does that mean all of my characters have to be me? My main series is about Pliny the Younger, a wealthy, slave-owning, Roman aristocrat who is about 25 years old. I am none of those things, but readers and reviewers tell me that I’ve created a character who feels real to them. I’ve written three middle-grade mysteries with first-person narrators who are eleven years old. I once was eleven, but that was a long time ago.
In two other books, written in the first person, the main characters/narrators are women. In Death Goes Dutch, Sarah DeGraaf is a Korean-American adoptee in her late 20s. In Death by Armoire, Maureen Cooper is a 45-year-old divorcee. Again, I am none of those things.
So, can a male author write female characters, especially from a first-person p.o.v.? In the movie, As Good As It Gets, Jack Nicholson plays a writer of romance novels. Someone asks him, “How do you write women so well?” Nicholson responds, “I think of a man and I take away reason and accountability.” That’s a highly misogynistic attitude, and I certainly don’t endorse it.
People have joked about me getting in touch with my feminine side. I believe I just write about the character who best fits the situation. My wife had worked with an adoption agency doing the work that Sarah DeGraaf does in Death Goes Dutch. I have two daughters who are adopted from Korea. How could I not write about Sarah in the way that I did? In Death by Armoire, Maureen just stepped onto the stage and took over the story from the very beginning. Next to Pliny, I think she is my favorite character I’ve created in my thirteen fiction books.
So, can authors write about characters of the opposite gender? Some don’t think so. They use pseudonyms or they identify themselves by their initials. When I showed Death Goes Dutch to my publisher, I raised the possibility of using a feminine pseudonym. She felt, though, that if people had come to respect me as an author from my previous books, they were more likely to be drawn to the book if it had my real name on it. Using a pseudonym amounted to starting over.
I felt good about Death by Armoire as I was working on it. I really liked Maureen Cooper, as did my writers’ group. I got some affirmation about the character and the book when it won first place in the Genre Fiction category of Writers’ Digest’s 2018 Contest for Self-Published Books. Yes, I did self-publish it, not because of lack of confidence in it, but because I’m getting too old to spend two or three years chasing agents and/or publishers. I have several other books on my “bucket list,” and I’m working on a sequel to Death by Armoire.

Albert A. Bell, Jr discovered his love for writing in high school, with his first publication in 1972. Although he considers himself a “shy person,” he believes he is a storyteller more than a literary artist. He says, “When I read a book I’m more interested in one with a plot that keeps moving rather than long descriptive passages or philosophical reflection.” He writes books he would enjoy reading himself.
A native of South Carolina, Dr. Bell has taught at Hope College in Holland, Michigan since 1978, and, from 1994 – 2004 served as Chair of the History Department. He holds a Ph.D. from UNC-Chapel Hill, as well as an MA from Duke and an MDiv from Southeastern Baptist Theological Seminary. He is married to psychologist Bettye Jo Barnes Bell; they have four children and two grandsons. Bell is well-known for the historical mysteries of the series, Cases from the Notebooks of Pliny the Younger. Corpus Conundrum, third of the series, was a Best Mystery of the year from Library Journal. The Secret of the Lonely Grave, first in the series of Steve and Kendra Mysteries for young people, won a Mom’s Choice Silver Medal and the Evelyn Thurman Young Readers Award.

Maureen Cooper values her quiet life in the small Southern town that has been her family’s home for generations. Her work as a ghost-writer for celebrities allows her to work from her large, Victorian house. But when her ex-husband Troy is found dead under a massive armoire in the antique store he and his father maintained as an excuse for their hoarding, distressing complexities mount. Who broke into the store and searched through the armoire and related pieces? How does Troy’s current love interest fit in? What about his high school sweetheart who returns from a prison sentence, and who fathered her son? Will Maureen’s involvement with a local police lieutenant give her an advantage in discovering the truth, or will he betray her to protect a crooked cop? 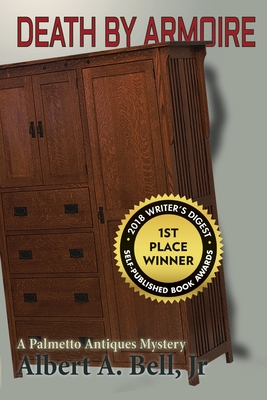 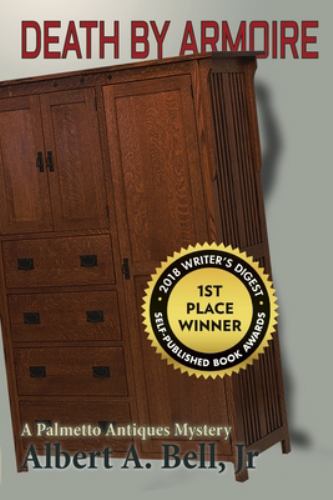