About The Wipeout Affair 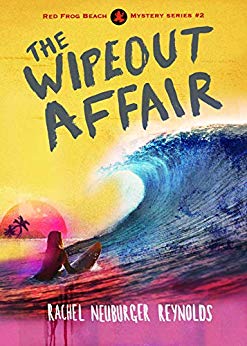 There’s trouble in paradise, in the hilarious second book of the Red Frog Beach Mystery Series.

Ready to go back to the beach?

Lexie Milano left her heart in Bocas del Toro, and the new and improved New Yorker makes the big choice to move to the laid-back Caribbean island permanently. Piña coladas, white sand beaches, and a little cabin of her own on the edge of the rainforest complete her picture of the perfect tropical future awaiting her. But if it looks too good to be true, it usually is. . . .

When the body of a beautiful wealthy local is found at an isolated surf camp, the owner calls on Lexie to help him figure out who did it in this delicious whodunit. Reluctant sleuth Lexie first turns to the police, but her sudden access to a treasure-trove of island secrets convinces her it’s time to solve another murder on her own.

Favorite characters from Drowning Lessons return to grace the pages of this comedic mystery, including Migs, the handsome photographer; Lloyd, the genius with the cryptic past; and Lexie’s new best friend, Detective LaGuardia. Between old friends, new associates, and the added potential of shark attacks, The Wipeout Affair will leave you laughing and guessing until the very end.

This is the second in the series but can be read as a stand-alone novel.

Praise for Drowning Lessons, Book One in the Red Frog Beach Mystery Series:

This series is one that I will be watching.~Baroness’ Book Trove

This story is much more than a cozy mystery. It is a dramedy where literally everything that can go wrong does. Twists, turns, craziness, and good old mayhem fill these pages all on an idyllic chain of islands . . . This was a fun book to read and a great start for this series.~Escape With Dollycas Into A Good Book

Drowning Lessons is filled with humor from beginning to end, not to mention several twists along the way. It’s the perfect beach read.~Socrates’ Book Reviews

Great debut for this new series: a compelling plot, a spectacular setting, and bizarre characters, nothing is missing.~LibriAmoriMiei 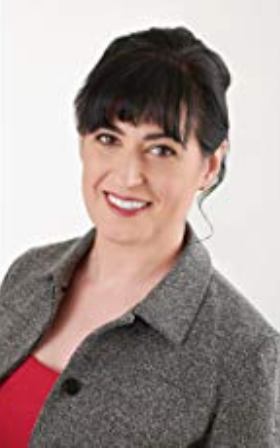 Rachel Neuburger Reynolds is the author of the Red Frog Beach Mystery Series. Book 1, Drowning Lessons, was released on May 21, 2019, and the second in the series, The Wipeout Affair, was released on October 17, 2019. She’s also working on a separate series, The Evelyn Bay Murder Mystery series, and has written book one The Death Of A Classic. If all goes as planned you’ll be reading this in 2020. This is the first book of seven in the series. Two of her plays have been produced in recent years. The Silencer, a cautionary tale about the perils of online dating, premiered at the Edinburgh Festival, followed by a run in New York. Nepenthe, a one-woman show about the 1960’s Hollywood-fication of the Holocaust had its premiere in London, and she is currently in talks about a film adaptation in 2021. Previous to her life of putting pen to paper, she produced theatre in New York City for fifteen years. Though she bounces back and forth between London in New York my headquarters is in Crowhurst on the South Coast of the UK. Please check out more at RachelNeuburger.com