Hello, my bookish peeps. Have you ever wondered where some idioms got their start, such as “truth is stranger than fiction?” Okay, I know that the “truth is stranger than fiction” is attributed to Byron and is found in his work Don Juan, but I get the feeling it was probably used by others before it was immortalized by Byron and later by Mark Twain. (Twain said, “truth is stranger than fiction but it is because fiction is obliged to stick to possibilities; truth isn’t.”) Regardless of who said it first, this idiom is often found to be more real than we might suppose. I’m pleased to welcome Ken MacQueen, author of the debut thriller Hero Haters. Mr. MacQueen will be discussing his brush with reality and fiction with us today. Thank you, Mr. MacQueen, for taking the time to join us and sharing your thoughts on this issue, I’m looking forward to what you have to share. I’ll now turn the blog over to you.

BILLY AND ME
by Ken MacQueen

A lesson I learned on my winding path from journalist to fiction writer is it takes a lot of research to make stuff up. Fiction is best rooted in a bit of fact. Although Hero Haters, my debut thriller, is a work of fiction, the Pacific port city of Aberdeen is very real, with all the gritty authenticity you’d expect in a port and lumber town.

Hero Haters is set in contemporary times so I hadn’t planned to dig into Aberdeen’s history, at least no further back than a generation when Nirvana’s frontman Kurt Cobain and bass player Krist Novoselic called it home. (More on that another time…)

But then I heard about Billy Gohl’s eight tumultuous years in Aberdeen, 1902 to 1910—and I fell down a rabbit hole. I mean, a serial killer is a terrible thing to waste.

Gohl may be the biggest American mass murderer you’ve never heard of. Unless you live in Aberdeen or surrounding Grays Harbor County. There, his legend lives on as the Ghoul of Gray’s Harbor, or the Madman of Aberdeen.

Although he was convicted of just one murder during a sensational trial in 1910, police and lurid newspaper accounts of the day pinned at least 40 murders on him. Or 60, or 100-plus. Or maybe Gohl, who was the bare-knuckle representative of the Sailor’s Union of the Pacific, was the victim of a frame job by anti-union thugs, as one academic writes in a recent revisionist history of the era.

Whatever version you believe, the inconvenient fact is life was cheap on the waterfront in that era. So many bodies bobbed up in the Pacific, or the tributaries leading to it, that the dead were known as the “floater fleet.”

As for Billy, he escaped the noose but was sentenced to life in prison, dying in 1927 in a hospital for the insane. Gone but hardly forgotten.

Not far from his old wharf is the “World Famous” Billy’s Bar & Grill on Heron St., where his portrait hangs, The Port of Missing Men t-shirts go for $15 a pop, and his ghost, if you believe such nonsense, makes an occasional appearance.

As I said, a serial killer is a terrible thing to waste—and I didn’t.

Since I don’t write about ghosts or time travel, how did I fit Billy into the story? Artfully, I’d like to think. I hope you’ll read Hero Haters to see if you agree. ♦

He seeks redemption, others want revenge

Jake Ockham had a dream job, vetting nominees for the Sedgewick Medallion-the nation’s highest civilian award for heroism. His own scarred hands are an indelible reminder of the single mother he failed to pull from a raging house fire; her face haunts him still. Obligations drag him back to his hometown to edit the family newspaper but attempts to embrace small-town life, and the hot new doctor, are thwarted by unknown forces. The heroes Jake vetted go missing and he becomes the prime suspect in the disappearances. Aided by resourceful friends, Jake follows a twisted trail to the Dark Web, where a shadowy group is forcing the kidnapped medalists to perform deadly acts of valor to amuse twisted subscribers to its website. To save his heroes, Jake must swallow his fears and become one himself…or die in the attempt.

“An edge-of-your-seat thriller. MacQueen, a journalist, ratchets up the suspense and tightens the grip to the explosive end.”

“Gripping from the first page. A thrill ride with all the right moves.” 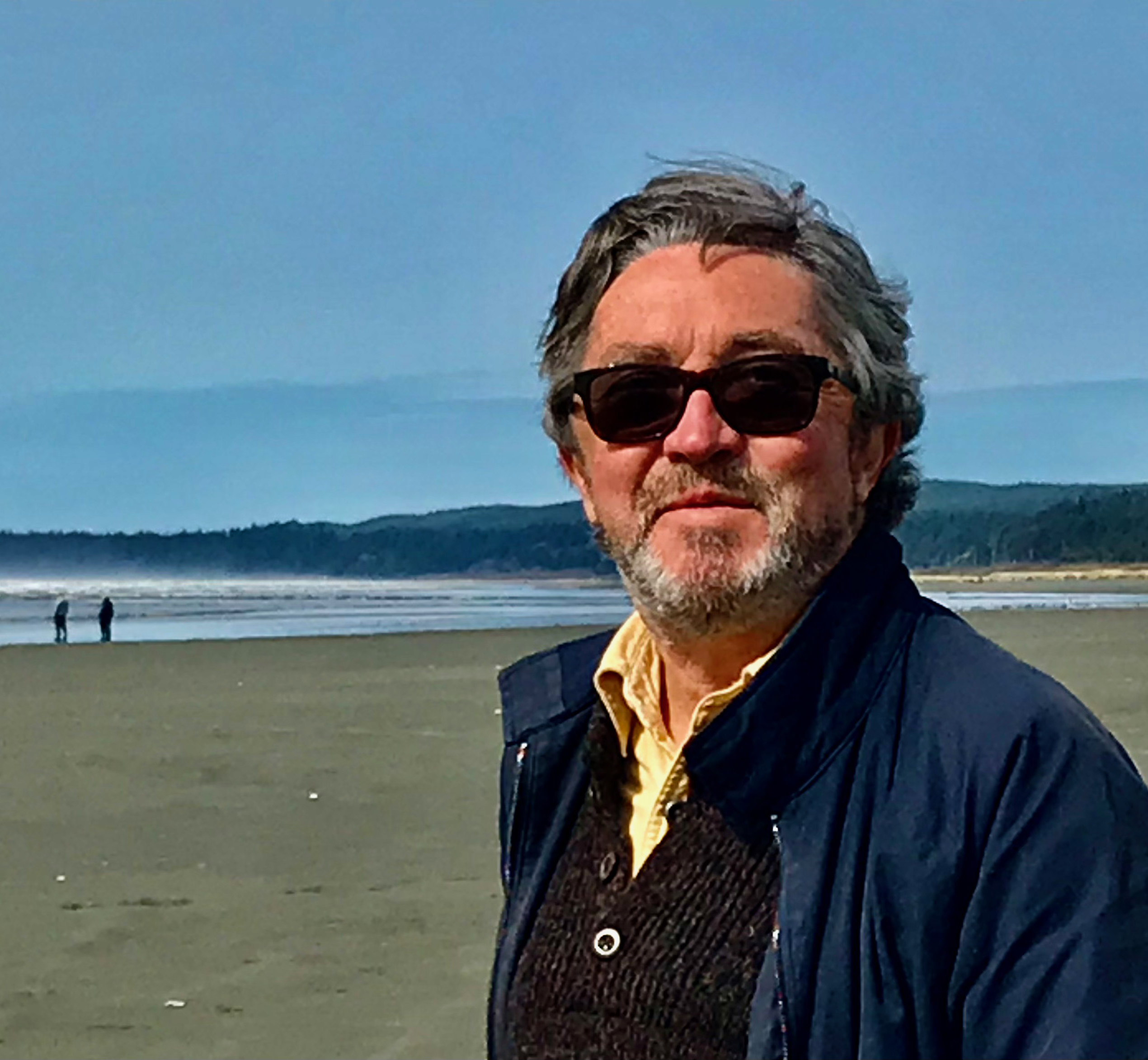 Before turning to fiction, Ken MacQueen spent 15 years as Vancouver bureau chief for Maclean’s, Canada’s news magazine, winning multiple National Magazine Awards and nominations. He traveled the world writing features and breaking news for the magazine, and previously for two national news agencies. Naturally, he had to make Jake Ockham, his hero, a reporter, albeit a reluctant one. MacQueen also covered nine Olympic Games and drew Jake’s athletic prowess from tracking elite rowers in training and on podiums in Athens, Beijing, and London. He and his wife divide their time between Vancouver and British Columbia’s Sunshine Coast.

This is a giveaway hosted by Partners in Crime Tours for Ken MacQueen. See the widget for entry terms and conditions. Void where prohibited.