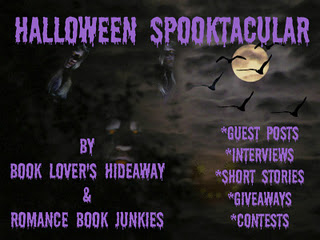 I was delighted to participate in Romance Book Junkies Halloween Spooktacular this year. In addition to a guest post that appeared on October 19th, I was giving away a copy of A Discovery of Witches by Deborah Harkness. A big thank you is extended to Danielle at Romance Book Junkies for affording me the opportunity to provide a guest post and for hosting the giveaway on her blog.
Well the giveaway has ended and the winner is: Yadira Alonzo. Congratulations Yadira! The winner has been contacted and the book ordered from The Book Depository.
Have you had the opportunity to read A Discovery of Witches? If so, what are your thoughts on this book? Did you like it, love it, or what? I’m interested in learning your thoughts on this book. I thoroughly enjoyed it and am anxiously awaiting the next installment, Shadow of Night, scheduled to be released in 2012. If you haven’t read the book and interested in learning more, read the excerpt available by the author here: http://deborahharkness.com/excerpt/ 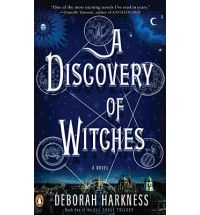 A Discovery of Witches by Deborah Harkness


This book doesn’t seem to fit nicely into any one genre, whether it is romance, contemporary fiction, historical fiction, mystery, or even paranormal-fantasy. The fact that the majority of characters are witches, vampires or daemons is important enough to the main storyline (where did these three creatures come from and how?), but the lives of the main characters is the central theme.

Meet Diana Bishop, Ph.D., historical scholar specializing in alchemical history and a witch, a reluctant witch that craves to be “normal.” Her love interest is Matthew Claremont, Ph.D., M.D., neuroscientist, geneticist (actually a true renaissance man) and vampire. Throughout the first half of the story Diana and Matthew appear to fight their attraction but build upon their timid friendship in the second half by falling in love and fighting for the opportunity to be in love. This fight, along with the discovery that Diana is not your typical witch genetically speaking, are the two big themes throughout the story. Diana, Matthew and their respective families must fight against the creature hierarchy that states that witches cannot be with vampires or daemons and vice versa. Is this done as a means of protection for the species or out of fear?

The other major theme is the discovery of a book that may shed light on the origins of these creatures and provide information on their potential demise. Needless to say the witches feel that this should belong to them, while the daemons and vampires are just as territorial on ownership. All three creatures fear the book falling into the wrong hands and are willing to fight to retrieve it.

These are not your typical vampires and daemons. The daemons in this story are artistically creative creatures that lean towards being slightly off psychologically speaking. Daemons apparently are born to human parents and don’t “come into” their powers until puberty or around puberty. Witches are born to witch parents (one or both may be witches) and come into their powers around age seven. Vampires are humans that are reborn as vampires and require blood to survive, but these vampires are capable of being out during the day or night, can eat some foods (a basic raw foods diet), like to drink (alcohol), and are long-lived. Vampires are apparently infertile after being reborn or so they are led to believe.

Diana appears to be the strong, independent type throughout much of the book but she has her moments where she becomes weak and weepy. Granted they are due to a separation from her chosen mate or after being kidnapped, tortured and imprisoned, so she has just cause. Matthew is a typical alpha-male and has difficulty dealing with Diana’s independent streak. The story wouldn’t be complete without a cast of supporting characters. Sarah Bishop is Diana’s aunt and surrogate mother-figure after Diana’s parents are murdered. Her life-partner is Emily Mather, another witch and surrogate mother-figure to Diana. Ysabeau de Clermont is the vampire that “made” Matthew and is the matriarch to the de Clermont/Clairmont/Montclair family. Hamish Osborne is a daemon, financial whiz and perhaps Matthew’s best friend. Marcus is a vampire and scientist and considered to be Matthew’s son.

Suffice it to say that there is a lot going on in this book and most of the action seems to take place over a few months, if not weeks. Sadly, the author leaves you hanging at the end. I presume there will be another book that will resume where this book ends. Don’t despair, the lack of resolution at the end does nothing to detract from the story.


YAY! A Discovery of Witches is part of a trilogy and the second book, Shadow of Night, is scheduled to be released in Summer 2012.

#InMyMailbox📬📚 continues...
#InMyMailbox📬📚 continues with...
Continuing with the book mail updates. #InMyMailbox📬📚
My apologies, book people as I've been a bit remiss lately with posting (death of a beloved family member, elderly parent health issues, and personal issues with chronic daily migraine or #life). Thankfully, woke up with only a moderately severe migraine, so it's a good day so far.
Happy Thanksgiving, to those of you celebrating. I am grateful for and blessed by my family and friends. I'm also grateful for all of the wonderfully talented authors that craft such amazing stories for us to read and enjoy. #gratitudeattitude #booksaremyhappyplace
I had the pleasure of seeing this author twice over the past few weeks. The first time was at a panel discussion at the #BookmarksFestivalOfBooksAndAuthors in Winston-Salem NC last month. The second time was last weekend at the #KentuckyBookFestival, held at @josephbethlex. Excited to make time to read this book at the Charleston WV chapter meeting of @silentbookclub.