The Fortunate Ones by Ed Tarkington

“The Fortunate Ones feels like a fresh and remarkably sure-footed take on The Great Gatsby, examining the complex costs of attempting to transcend or exchange your given class for a more gilded one. Tarkington’s understanding of the human heart and mind is deep, wise, and uncommonly empathetic. As a novelist, he is the real deal. I can’t wait to see this story reach a wide audience, and to see what he does next.” —Paula McLain, author of The Paris Wife

When Charlie Boykin was young, he thought his life with his single mother on the working-class side of Nashville was perfectly fine. But when his mother arranges for him to be admitted as a scholarship student to an elite private school, he is suddenly introduced to what the world can feel like to someone cushioned by money. That world, he discovers, is an almost irresistible place where one can bend—and break—rules and still end up untarnished. As he gets drawn into a friendship with a charismatic upperclassman, Archer Creigh, and an affluent family that treats him like an adopted son, Charlie quickly adapts to life in the upper echelons of Nashville society. Under their charming and alcohol-soaked spell, how can he not relax and enjoy it all—the lack of anxiety over money, the easy summers spent poolside at perfectly appointed mansions, the lavish parties, the freedom to make mistakes knowing that everything can be glossed over or fixed?

But over time, Charlie is increasingly pulled into covering for Archer’s constant deceits and his casual bigotry. At what point will the attraction of wealth and prestige wear off enough for Charlie to take a stand—and will he?

The Fortunate Ones is an immersive, elegantly written story that conveys both the seductiveness of this world and the corruption of the people who see their ascent to the top as their birthright.

The Fortunate Ones by Ed Tarkington has been called a contemporary The Great Gatsby, and I can definitely see the similarities. Charlie Boykin is definitely from the “have nots” and the wrong-side of town according to those in the know in Nashville society. His life changes, possibly for the better and then again maybe not, when he is provided a scholarship to an elite all-boys school and is befriended by Archer Creigh. Over the course of Charlie’s high school career, he eventually moves away from the wrong-side of town when his mother is offered a job as a personal assistant to a wealthy society matron. That move changes Charlie’s life forever. It isn’t just the disparity between the haves and the have-nots that shakes Charlie up, it’s the “affluenza” and, for lack of a better phrase, “white privilege” that he bears witness to that finally pushes him away from his family and friends permanently.

I’m going to go out a limb here and say that I didn’t really like The Great Gatsby, but I thoroughly enjoyed The Fortunate Ones. I liked the way Mr. Tarkington told the story, in almost a flashback mode, by taking us from Charlie’s present life to his past and then brought us back to the present. Although Charlie is the focal point of the story, the reader gets to know all of the secondary characters through Charlie’s eyes. I enjoyed reading about his friendships in high school, his return to Nashville in his late 20s, and his final departure from the life he knew but grew to despise. There’s a lot to take in with this story, including: class, racism, closeted homosexuality, mental illness, suicide, marital infidelity, affluenza/white privilege, love, the psychological toll of trying to be something and someone you’re not, loyalty, and more. Mr. Tarkington has crafted a coming-of-age story that pulled this reader in from the first chapter until the very end. For those of you that actually enjoyed reading The Great Gatsby and are interested in a modern retelling, then I highly recommend The Fortunate Ones. For those that are like me and didn’t exactly care for The Great Gatsby or didn’t read it, I still encourage you to grab a copy of The Fortunate Ones to read. This is my first #mustread recommendation for the year, folks. Now, go grab yourself a copy! 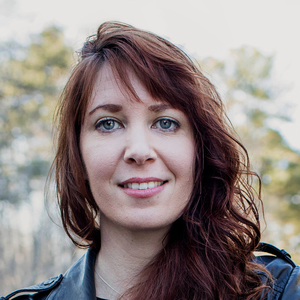 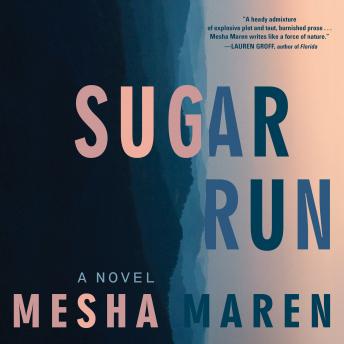