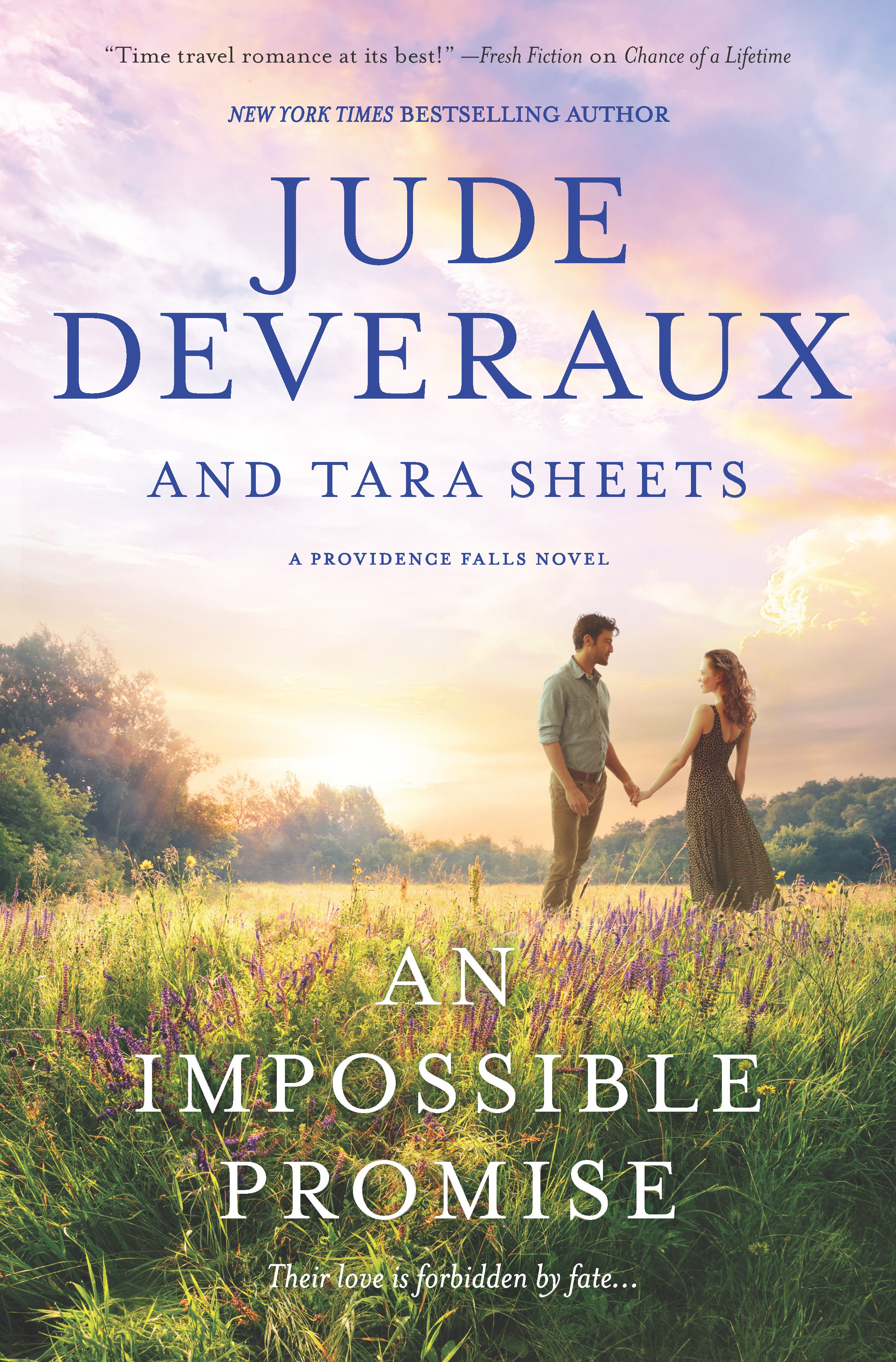 They can’t be together, but they can’t stay apart…

Liam O’Connor has one purpose in this life—to push the woman he loves into the arms of another man. The Irish rogue unknowingly changed the course of destiny when he fell in love with Cora McLeod over a century ago. Their passion was intense, brief and tragic. And the angels have been trying to restore the balance of fate ever since.

Now police officers in Providence Falls, North Carolina, Liam and Cora are partners on a murder investigation. The intensity of the case has drawn them closer together—exactly what Liam is supposed to avoid. The angels have made it clear Cora must be with Finley Walsh. But headstrong Cora makes her own decisions and she’s starting to have feelings for Liam—the only thing he’s ever really wanted.

Liam knows this is the last chance to save his soul. But does he love Cora enough to let her go?

THE CELESTIAL CHAMBER OF JUDGMENT WAS not cozy by any stretch of the imagination. Most of the time it appeared to be nothing more than white roiling walls of mist, which the angel Agon found downright dreary. But his associate Samael deemed it necessary, believing that human souls facing judgment were better off with no distractions. This was probably why Samael’s face was now scrunched in open disapproval—an expression Agon had grown used to over the centuries.

“What,” Samael demanded, pointing an elegant finger at the object against the chamber wall, “is that?” With his blond ringlets and cherub cheeks, he looked like a Renaissance painting of a frazzled choir boy.

It made Agon want to smile, but he refrained. For an angel as old as himself, he’d learned a thing or two. Instead, he drew up to his full height, impressive even by angelic standards, and stretched his snowy wings wide. “It’s called a recliner,” he said cheerfully. “For sitting and resting. Very comforting to humans, from what I gather.”

Samael looked incredulous. “I’ve told you before, this is no place of solace. Human souls are summoned here to face judgment, and not all of them are headed to a comfortable destination.”

“True.” Agon sat on the edge of the overstuffed chair, swiveling left, then right. “But I see no harm in offering them a place to rest while we review their lives. If nothing else, it will provide an alternative to their usual pacing and wringing of hands and stumbling about in distress. It is pitiable when they do that, you must admit.”

Samael sighed, shook his head and turned toward the wall of mist. A good sign, Agon decided. For now, it seemed the new chair could stay. Perhaps later he could bring in a few other earthly things to liven up the place, but what was that human expression? Ah, yes. Baby steps.

“We haven’t time for your antics,” Samael muttered, waving a hand at the wall of mist. “Our wayward rogue is about to learn a valuable lesson.”

The mist cleared, revealing a city street at night. A swarthy stranger in a black leather jacket and designer jeans pulled his motorcycle to a stop outside a sports bar.

Agon rose from the chair and went to stand beside Samael as they watched the scene unfold. “You’re sure this man is just like Liam O’Connor?”

“He has all the same traits as the rogue,” Samael said. “The arrogance, the selfish motives, the questionable morals. He wasn’t originally scheduled to cross paths with Liam, but it was easy enough to arrange.”

Agon tilted his dark head, studying the man who was now sauntering toward the entrance of the bar. A neon sign that read ROOKIES blinked above the door. “And you’re certain introducing this man to Liam will serve a useful purpose?”

Samael crossed his arms. “It will be good for Liam to see his own personality traits reflected in someone else. Perhaps then, through serious introspection, the rogue will realize his many faults and be at peace with the task we’ve given him.”

“Perhaps,” Agon said, though he wasn’t so sure. Liam O’Connor and peace did not seem to mix. The man was hell-bent on winning Cora McLeod for himself, no matter how much he assured the angels he was trying to help Cora achieve her true destiny by marrying Finley Walsh. Agon knew what desperation looked like in a man’s eyes, and paired with determination, it could be a dangerous combination. Liam had both in abundance. “I hope it works. He only has two months left to achieve his task.”

Samael let out a huff. “It has to work. We can’t interfere with his free will, and this is the last thing I could think of to help steer him in the right direction. We’ve already agreed to some of the ‘boosts’ he’s asked for. Rudimentary computer knowledge. Fair warning when we plan to visit. We’ve even made it so he’d no longer feel pain whenever he and Cora touch.” He gave Agon a stern look. “That last one was only because you advocated so strongly on his behalf.”

“I think we can trust him to make the right decisions,” Agon said. “I know he seems like a lost cause, but let us have faith that he will prevail.”

“Mmm, faith,” Samael said as they watched the tall man disappear into the bar. “In a rogue. What could possibly go wrong?”

Excerpt from An Impossible Promise by Jude Deveraux and Tara Sheets.
Copyright © 2021 by Deveraux Inc. Published by MIRA Books. Reproduced with permission. All rights reserved. 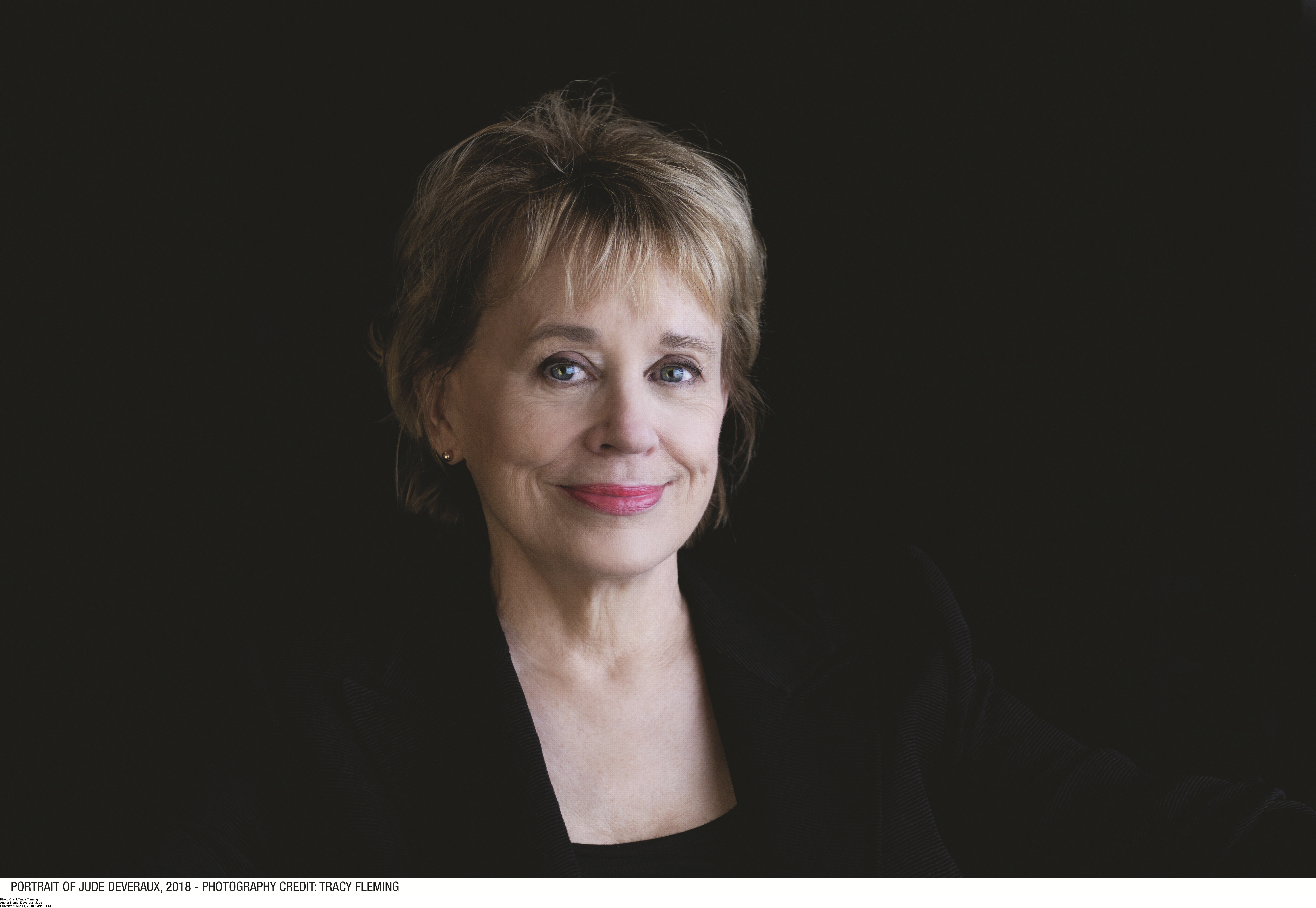 Jude Deveraux is the author of forty-three New York Times bestsellers, including For All Time, Moonlight in the Morning, and A Knight in Shining Armor. She was honored with a Romantic Times Pioneer Award in 2013 for her distinguished career. To date, there are more than sixty million copies of her books in print worldwide. Jude lives in Kansas City, Missouri. 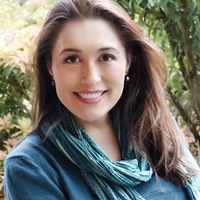