Greta loves her job as assistant librarian. She loves her best friend, Will, the high school civics teacher and debate coach. She even loves her mother despite her obvious disappointment that Greta is still single.

Then she meets Mac in the poetry section of the library, and she is smitten. Mac is heart-stoppingly gorgeous and showers her with affection, poetic text messages, and free hot chocolate at the local café where he works. The only problem is that he seems to be a different person in his texts than in his face-to-face conversation.

When the Franklin Library is threatened with closure, Greta leaps into action. She arranges for a “battle of the bands” book jam, hosts a book signing by a famous author, and finally, stages a protest that raises more than a few eyebrows.

Through it all, she slowly realizes that it is Will, not Mac, who she turns to for support and encouragement. Mac has the looks; Will has the heart. How can she choose between them?

Check Me Out is a contemporary romance–with just a hint of Cyrano de Bergerac–that reminds us that it is what’s on the inside that matters most.

Greta has worked for the Hamilton library since she was fourteen years old. It was the part-time work at the library that helped her to decide upon her career in library science. After obtaining both her undergraduate and graduate degrees, she’s happy to be back in Hamilton township and working at the Hamilton library as the assistant librarian. The only thing missing from her life is a boyfriend and then voila, in walks Mac and he appears to be everything she’s everything wanted in a man. After checking her out, and a book, he hands her a card indicating he’s her 24th birthday present (kind of, sort of, almost, maybe) from her best friend Will. Greta wishes she could say her relationship with Mac is perfect, but it isn’t as he never seems to ask her what she wants when going out on dates and just takes her to his favorite places initially (Greta doesn’t do well with the Indian restaurant, but he took her out so points to Mac). Mac never says much when they’re together and he always has his phone out, which Greta finds annoying, but he sends her the best text messages ever. Then she finds out that the library may be closed unless a local bond issue passes and Mac just doesn’t seem to get it. He tries to be there for her, but she’s always turning to her bestie Will for advice, help, etc. Greta does everything she can think of to try and bring the library into the spotlight including a literary-themed battle of the bands, bringing a favorite children’s author, and more but it seems like the bond issue is dead before the election day. Then she finds out the Mac isn’t who he seems to be and that Will may have had a hand in the situation? Cutting off Mac doesn’t seem to be so bad but can she sever ties with her best friend? That seems bad enough but then Greta does something that puts the future of her job on the line.
Check Me Out is a quick, romance read and the first I’ve read by Ms. Wilhite. I found the subject matter to be quite timely because my local library system was dealing with a local bond issue a few years ago and it was unclear if it would pass or not until the last few hours of election day (thankfully, it did). I enjoyed the meet-cute story with Greta and Mac, as well as the best-friend to lover quandary that she finds herself in with Will in the end. Obviously, this is a romance with an HEA, so all ends well but it how Ms. Wilhite gets there that’s important. I don’t know what it says about me, but one of the most enjoyable parts of the storyline were the somewhat snarky tweets that Greta sent out on behalf of the library with the hashtag SaveTheLibrary (which is the exact same hashtag my library system used when it was fighting to secure funding). There’s a bit more than the meet-cute romance set-up, friends-to-lovers angle, and save the library in this story, there’s also an interesting story about the history of the town and one person in particular that Greta gets a chance to meet and befriend. For all of you romance readers that enjoy library-themed reads, you’ll want to grab a copy of Check Me Out to read. For those of you that enjoy library-themed reads and aren’t quite sure about the romance angle, go ahead and get a copy of Check Me Out to read. You’ll enjoy the library action and history in the story and, hopefully, get a laugh or two from the tweets. 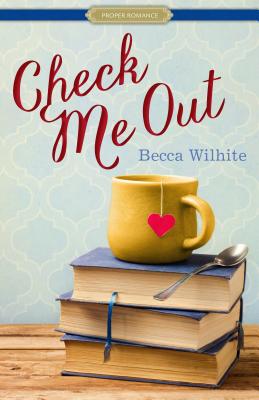 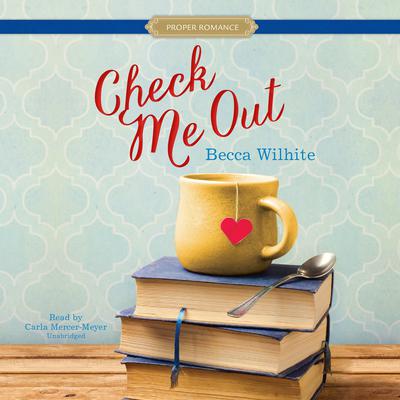