“An atmospheric and harrowing tale, richly literary in complexity but ripe with all the crazed undertones, confusions, and forebodings inherent in the gothic genre. Recommend this riveting, du Maurier–like novel to fans of Jennifer McMahon.” — Booklist (starred review)

From the author of the internationally bestselling The Lake of Dead Languages comes a gripping novel about madness, motherhood, love, and trust.

When Daphne Marist and her infant daughter, Chloe, pull up the gravel drive to the home of Daphne’s new employer, it feels like they’ve entered a whole new world. Tucked in the Catskills, the stone mansion looks like something out of a fairy tale, its lush landscaping hiding the view of the mental asylum just beyond its border. Daphne secured the live-in position using an assumed name and fake credentials, telling no one that she’s on the run from a controlling husband who has threatened to take her daughter away.

Daphne’s new life is a far cry from the one she had in Westchester where, just months before, she and her husband welcomed little Chloe. From the start, Daphne tries to be a good mother, but she’s plagued by dark moods and intrusive thoughts that convince her she’s capable of harming her own daughter. When Daphne is diagnosed with Post Partum Mood Disorder, her downward spiral feels unstoppable—until she meets Laurel Hobbes.

Laurel, who also has a daughter named Chloë, is everything Daphne isn’t: charismatic, sophisticated, fearless. They immediately form an intense friendship, revealing secrets to one another they thought they’d never share. Soon, they start to look alike, dress alike, and talk alike, their lives mirroring one another in strange and disturbing ways. But Daphne realizes only too late that being friends with Laurel will come at a very shocking price—one that will ultimately lead her to that towering mansion in the Catskills where terrifying, long-hidden truths will finally be revealed…

Daphne Marist and Laurel Hobbes have a lot in common: both are new first-time mothers, married to older men, live in Westchester, and studied library sciences in college. Both women named their daughters Chloe, although Laurel spells her daughter’s name Chloë. Both Daphne and Laurel lost their parents at a young age and both women are even suffering from postpartum obsessive-compulsive disorder or postpartum OCD. The differences are the Daphne comes across as a bit meek and self-effacing and Laurel seems to be bold and self-assured. As Daphne and Laurel’s friendship grows, and Laurel molds Daphne into a Laurel-mini-me, Daphne begins to see cracks in Laurel’s facade. Stories that Daphne told to Laurel, Laurel then retells from a first-person point-of-view. Then Laurel’s husband reveals that Daphne has a history of mental health problems and was actually diagnosed with a borderline personality disorder when she was younger and had several hospitalizations while she was in college.
As Daphne gets better, Laurel seems to get worse. Wanting to help her friend, Daphne tries to talk Laurel into getting a job outside the home. When that doesn’t help and Daphne’s marriage seems to be foundering, Daphne decides to take her baby and “Laurel’s” job and identity and leave town. As Laurel, Daphne begins to work for her favorite author archiving the author’s private papers along with her father’s papers. The author’s father served as a physician and director of a local psychiatric hospital for decades and the author’s home abuts the hospital’s grounds. Daphne feels that this is the perfect opportunity to start anew. When she is given even more responsibilities and reviews hospital records, ostensibly for the author’s memoirs, she is confronted by the current director of the hospital, her husband, and Laurel’s husband and told that she isn’t really Daphne but Laurel pretending to be Daphne pretending to be Laurel. Could this possibly be true? If so, wouldn’t she know? If it isn’t true, why would they lie?
The Other Mother is a taut psychological suspense read. I began reading it early on Wednesday morning but only got to read for about 45 minutes before I had to head out for the day. When I returned home, I promptly grabbed my copy of the book and was hooked within a few pages. I found The Other Mother to be a fast-paced and captivating read. Ms. Goodman throws quite a number of twists and turns in this story (no I won’t tell you what they are, read the book!). Just when I thought I knew what was happening, I was off in a completely different direction. This is much more than a story about motherhood, although that is the primary focus of much of the story. This is also a story about friendship, mental illness, betrayal, greed, family, loss, love, and more. There are quite a number of bad guys and an equal number of good guys. I enjoyed all of the characters, the action, and the settings. The mental health aspects of the story were quite gripping simply because mental health is such a hot-button topic and there never seems to be enough funding for treatment or facilities to properly treat the mentally ill, whether it is a temporary issue or a long-term healthcare concern. This may be a sensitive subject matter for some readers as it does discuss suicide attempts and suicide. I, for one, enjoyed the story and will be recommending it to my fiction book groups. I look forward to reading more from Ms. Goodman in the future and can heartily recommend The Other Mother to anyone that enjoys reading psychological suspense.
Disclaimer: I received a free digital review copy of this book from the publisher via Edelweiss+, as well as a free print review copy from the publisher. I was not paid, required, or otherwise obligated to write a positive review. The opinions I have expressed are my own. I am disclosing this in accordance with the Federal Trade Commission’s 16 CFR, Part 255: “Guides Concerning the Use of Endorsements and Testimonials in Advertising.”

Carol Goodman is the critically acclaimed author of fourteen novels, including The Lake of Dead Languages and The Seduction of Water, which won the 2003 Hammett Prize. Her books have been translated into sixteen languages. She lives in the Hudson Valley with her family, and teaches writing and literature at the New School and SUNY New Paltz. 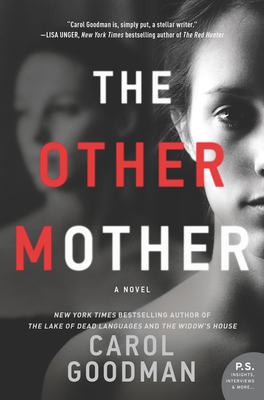 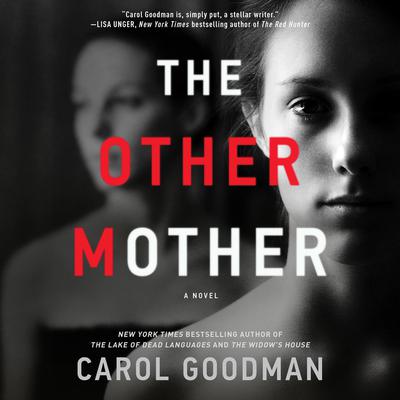 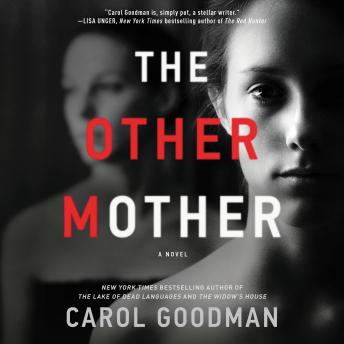 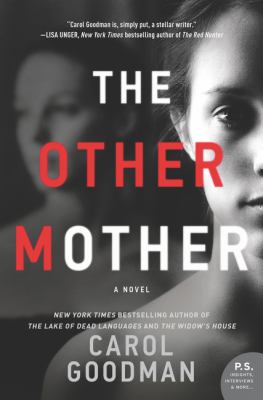