Quinn Corbin’s got nothing to lose – except her life.

She’s finally got the attention of the man she’s always loved, Nick Allen. But Nick has a reputation for trouble. And after a car explosion killed his last girlfriend, many people in San Antonio, Texas think Nick got away with murder.

But Quinn, a 24-year-old elementary school teacher and bubbly optimist, believes Nick is innocent. So does her best friend Tory, a law student and sarcastic realist. Soon Quinn and Nick find their relationship growing when suddenly their world upends. Now Nick is in major trouble again and Quinn may have made the biggest mistake of her life.

With incriminating evidence mounting against Nick, Tory works to prove his innocence. But Nick finds himself in a bigger battle when he must fight to protect, and win, his true love.

Quinn Corbin, Tory Taylor, and Nick Allen are reunited at the retirement party for Al Thomas, their former employer and owner of the bookstore/cafe the Indigo Exchange in San Antonio. All three have moved on with their lives, but have fond memories of Al and Indigo Exchange. Quinn has finished graduate school and has been hired to become an elementary school teacher, her dream job. Tory is following in her father’s footsteps and is in law school. Nick has decided to become an entrepreneur and take what he’s learned from Al and open his own cafe/bookstore but includes an in-house bakery. On the surface, it looks as if everything is great between these three and Al, but a recent car accident that resulted in the death of a girl has Al’s son’s best friend and his family out-of-sorts. This family wrongly blames Nick for Sienna’s death, especially since Nick wasn’t driving the car — Sienna was — and the investigators found that the car had a faulty gas tank that raptured after the accident. But trouble seems to follow Nick. His parents died in a car accident when he was only 18 years old (he wasn’t in the car and had nothing to do with the accident). He was then in an accident where he hit and killed a beloved family pet (he tried to make amends). Now the incident with Sienna. But Quinn and Tory both know that Nick has a kind heart and isn’t the bad guy everyone seems to make him out to be, so Quinn decides to befriend him once again. Her plan seems to work until she invites him over to her parents’ home for their annual fiesta and he’s disinvited because of rumors and bad feelings. But Quinn refuses to give up. When the opportunity presents itself to make amends for this slight she takes it. Little does she know that this opportunity may well be her last. Tory loves Quinn and is also a staunch advocate for Nick, so when a devastating accident occurs she does the only thing she knows how and that’s become his legal ally. Can Nick and Tory find out which enemy has it out for him before he ends up behind bars permanently?
I didn’t particularly enjoy the first portion of I Can Handle Him, as I found it to be a bit slow. However, the pace picked up after a few chapters and the story sucked me in. I was just as invested and Quinn, Tory, and Nick into finding out what had happened, why it had happened, and who was behind it. There’s a lot going on in this story, there’s the death of Sienna, the rivalry and antimony between Sienna’s brother and Nick, the business rivalry between Faze (Nick’s business) and Indigo Exchange (Al’s business), another prominent character’s death (no, I’m not telling you who but it is pivotal to the story), the investigation into that death and subsequent arrest of Nick for vehicular manslaughter, family drama (Nick gets reunited with his long-lost brother), and romance. My only wish for this story was to get to know the San Antonio area a bit more (I can say I’m craving tacos now, thank you Ms. Lum), but enjoyed reading the scenes set on the Riverwalk area. For those of you that are fans of New Adult stories, Romance, or Romantic-Suspense, I encourage you to grab a copy of I Can Handle Him to read while lounging on the beach, camping, glamping, flying to your vacation destination, or during your staycation.

Disclaimer: I received a free review copy of this book from the author/publisher via PR by the Book. I was not paid, required, or otherwise obligated to write a positive review. The opinions I have expressed are my own. I am disclosing this in accordance with the Federal Trade Commission’s 16 CFR, Part 255: “Guides Concerning the Use of Endorsements and Testimonials in Advertising.”

Debbie K. Lum is an unlikely author, a non-reader who was inspired by a self-esteem ad campaign encouraging little girls to dream big. Her romantic suspense novels feature fun, flawed characters with steamy and complicated relationships (and plenty of surprises!) In 2018, Lum released I Can Handle Him, which was called “A fresh, enjoyable tale.” by BlueInk Reviews. Reviews for the book have been published in Booklist Magazine and Kirkus Review Magazine. Her 2017 novel, The Doctor, The Chef, or the Fireman, was called “A quick, satisfying romantic mystery.” by Kirkus Reviews. In 2016 she debuted Plebeian Revealed, Plebeian In Danger, and Plebeian Reborn, a series about a married woman who finds sudden fame with her ex-boyfriend.
Debbie splits her time between Florida and Texas and drinks more unsweetened iced-tea than she probably should. 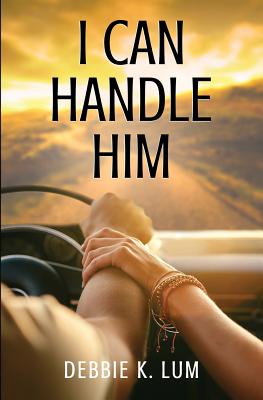