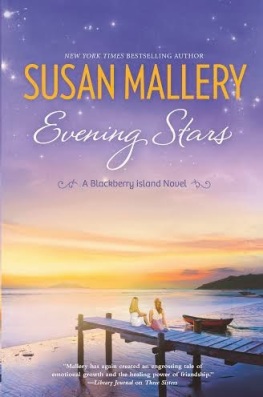 Small-town nurse Nina Wentworth has made a career out of being a caretaker. More “Mom” than their mother ever was, she sacrificed medical school—and her first love—so her sister could break free. Which is why she isn’t exactly thrilled to see Averil back on Blackberry Island, especially when Nina’s life has suddenly become…complicated.

Nina unexpectedly finds herself juggling two men—her high school sweetheart and a younger maverick pilot who also wants to claim her heart. But as fun as all this romance is, Nina has real life to deal with. Averil doesn’t seem to want the great guy she’s married to, and doesn’t seem to be making headway writing her first book; their mom is living life just as recklessly as she always has; and Nina’s starting to realize that the control she once had is slipping out of her fingers. Her hopes of getting off the island seem to be stretching further away…until her mother makes a discovery that could change everything forever.

But before Nina and Averil can reach for the stars, they have to decide what they want. Will Averil stay? Will Nina leave? And what about the men who claim to love them? Does love heal, or will finding their happy ending mean giving up all they’ve ever wanted?

In a battle between Betty Boop and multicolored hearts, Nina Wentworth decided it was going to be a Betty Boop kind of day. She pulled the short-sleeved scrub shirt over her head and was already moving toward the bathroom before the fabric settled over her hips.

“Don’t be snug, don’t be snug,” she chanted as she came to a stop in front of the mirror and reached for her brush.

The shirt settled as it should, with a couple of inches to spare. Nina breathed a sigh of relief. Last night’s incident with three brownies and a rather large glass of red wine hadn’t made a lasting impression on her hips. She was grateful, and she would repent later on an elliptical. Or at least vow to eat her brownies one at a time.

Ten seconds of brushing, one minute of braiding and her blond hair was neat and tidy. She dashed out into the hall, toward the kitchen where she grabbed her car keys and nearly made it to the back door. Just as she was reaching for the knob, the house phone rang.

Nina glanced from the clock to the phone. Everyone in her world—friends, family, work—had her cell. Very few calls came on the antiquated landline, and none of them were good news. Nina retraced her steps and braced herself for disaster.

“Hey, Nina. It’s Jerry down at Too Good To Be True. I just opened, and there’s a lady here trying to sell a box of crap, ah, stuff. I think it’s from the store.”

Nina closed her eyes as she held in a groan. “Let me guess. Early twenties, red hair with purple streaks and a tattoo of a weird bird on her neck?”

“That’s her. She’s glaring at me something fierce. You think she’s armed?”

“Me, too.” Jerry didn’t sound especially concerned. “What’s her name?”

If Nina had more time, she would have collapsed right there on the floor. But she had a real job to get to. A job unrelated to the disaster that was the family’s antique store.

“You let your mom hire her, huh?” Jerry asked.

“That I do. I’ll call the police and ask them to pick up Tanya. Can you keep her there until they get there?”

“Great. And I’ll be by after work to pick up the stuff.”

“I’ll hold it for you,” Jerry promised.

Nina hung up and hurried to her car. After her cell connected to the Bluetooth, she called the local sheriff’s department and explained what happened.

“Did you let your mom hire this employee?”

Nina carefully backed out of the driveway. Jerry’s humor she could handle. He’d lived here all his life—he was allowed to tease her. But Sam was relatively new. He hadn’t earned mocking rights.

She hung up before he could offer advice on hiring policies and turned up the hill. The morning was clear—odd for early spring in the Pacific Northwest. Normally the good weather didn’t kick in until closer to summer. To the west, blue water sparkled. To the east was western Washington.

As she climbed higher and higher, the view got better, but when she parked across from the three Queen Anne houses at the very top of the hill, pausing to enjoy the spectacular combination of sky and ocean was the last thing on her mind.

She hurried up the steps to the front porch that was both her boss’s home and her office. Dr. Andi, as she was known, was a popular pediatrician on the island. Make that the only pediatrician. She’d moved here a year ago, opened her practice in September and had been thriving ever since. She was also a newlywed and, as of two months ago, pregnant.

Nina unlocked the front door and stepped inside. She flipped on lights as she went, confirmed the temperature on the thermostat and then started the three computers in the front office.

After storing her purse in her locker, she logged in to the scheduling program and saw that the first appointment of the day had canceled. Andi would appreciate the extra time to get herself moving. She was still battling morning sickness.

Nina did a quick check of her email, forwarded several items to the bookkeeper/office manager, then walked to the break room for coffee. Less than five minutes after she’d arrived, she was climbing the stairs to her boss’s private quarters.

Nina knocked once before entering. She found Andi, a tall, pretty brunette with curly hair, sitting at the table in the kitchen. Her arms cradled her head.

“Hi and yes. It’s not that I throw up, it’s that I feel like I’m going to every single second.” She raised her head and drew in a breath. “Are you drinking coffee?”

“I miss coffee. I’m a wreck. I need to talk to my parents about my ancestors. Obviously I don’t come from hardy stock.”

Nina took down a mug, filled it with water and put it in the microwave. Then she collected a tea bag from the pantry.

Andi slumped in her seat. “I’m such a failure. Look at me. I’m carrying around a child the size of a lima bean and I’m throwing a hissy fit. It’s embarrassing.”

“And yet the need to act mature doesn’t seem to be kicking in.”

Andi smiled. “Funny how that works.”

The microwaved dinged. Nina dropped the tea bag into the steaming water and crossed to the table.

The eat-in kitchen was open, with painted cabinets and lots of granite. The big window by the table took advantage of the east-facing views in the old house. The mainland shimmered only a few miles away.

Andi had bought the house—one of three up on the hill—when she’d moved to Blackberry Island. Undeterred by the broken windows and outdated plumbing, she’d had the house restored from the framework out. During the process, she’d fallen in love with her contractor. Which had led to her current tummy problems.

“Thank God.” Andi sniffed the tea, then wrinkled her nose and took a sip. “It’s the ginger. If I could have tea without ginger I think I could get it down.”

“The thing is, the ginger is the part that settles your stomach.”

Nina glanced down at the pattern. “Betty and I go way back.”

One of the advantages of working for a pediatrician was that cheerful attire was encouraged. She had a collection of brightly colored fun shirts in her closet. It wasn’t high fashion, but it helped the kids smile and that was what mattered.

“I need to get back downstairs,” she said. “Your first appointment is now at eight-thirty.”

Nina rose and started toward the stairs.

“Are you busy after work?” Andi asked.

Nina thought about the fact that she was going to have to go by the pawn shop and pick up what Tanya had tried to sell, then spend several hours at Blackberry Preserves, her family’s antique store, figuring out what had been stolen, then tell her mother what had happened and possibly lecture her on the importance of actually following up on a potential employee’s references. Only she’d been lecturing her mother for as long as she could remember, and the lessons never seemed to stick. No matter how many times Bonnie promised to do better, she never did. Which left Nina picking up the pieces.

“I haven’t been to Pilates in a week,” Andi said. “It’s important I keep exercising. Would you go with me? It’s more fun when you’re along.”

“I can’t tonight, but Monday’s good.”

“Give me a plaque and I’ll believe it.” 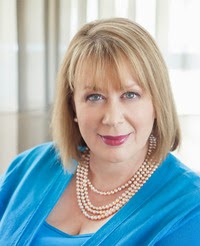 With more than 25 million books sold worldwide, New York Times bestselling author Susan Mallery is known for creating characters who feel as real as the folks next door, and for putting them into emotional, often funny situations readers recognize from their own lives. Susan’s books have made Booklist’s Top 10 Romances list in four out of five consecutive years. RT Book Reviews says, “When it comes to heartfelt contemporary romance, Mallery is in a class by herself.” With her popular, ongoing Fool’s Gold series, Susan has reached new heights on the bestsellers lists and has won the hearts of countless new fans.
Susan grew up in southern California, moved so many times that her friends stopped writing her address in pen, and now has settled in Seattle with her husband and the most delightfully spoiled little dog who ever lived.

The Book Diva’s Reads is pleased to offer one lucky reader a paperback copy of Evening Stars by Susan Mallery, courtesy of Harlequin/MIRA. This giveaway is limited to residents of the United States and Canada. To enter please use the Rafflecopter form below. The giveaway ends at 11:59 PM ET on Tuesday, March 4, 2014 and the winner will be announced on Wednesday, March 5th, 2014.