Meet Ginny Moon. She’s mostly your average teenager—she plays flute in the school band, has weekly basketball practice and reads Robert Frost poems for English class. But Ginny is autistic. And so what’s important to her might seem a bit…different: starting every day with exactly nine grapes for breakfast, Michael Jackson, taking care of her baby doll and crafting a Big Secret Plan of escape.

Ginny has been in foster care for years, and for the first time in her life, she has found her “forever home”—a place where she’ll be safe and protected, with a family who will love and nurture her. Though this is exactly the kind of home that all foster kids are hoping for, Ginny has other plans. She’ll steal and lie and reach across her past to exploit the good intentions of those who love her—anything it takes to get back what’s missing in her life. She’ll even try to get herself kidnapped.

Told in an extraordinary and wholly original voice, Ginny Moon is at once quirky, charming, big-hearted, poignant and yet also heartbreaking and a bit dark. It’s a story of a journey, about being an outsider trying to find a place to belong and about making sense of a world that just doesn’t seem to add up.

Ask most parents and they’ll say that raising teenagers is difficult, add in a teenager with special needs due to physical, psychological, emotional, or neurological problems and the difficulty quotient is raised exponentially. Fortunately for Ginny Moon, her “forever” parents feel she is well worth any difficulties, at least they did until things begin to spiral out of control. Ginny Moon by Benjamin Ludwig is a remarkable story of one teenager’s quest to find what she’s been missing for five long years despite the fact that others don’t believe in her quest.
When we meet Ginny Moon she is almost fourteen years of age and had been removed from her birth mother at age nine. Ginny doesn’t set out to be a difficult person, she’s just perceived as difficult by those that don’t understand her brain works differently from others. She takes what people say literally. She can’t focus on multiple questions and will not answer if more than one question is asked. She doesn’t like lying and will often refuse to answer a question rather than lie (a workaround that she doesn’t see as devious). All Ginny knows is that she has to get back to her “baby doll.” Now that Ginny’s “Forever Mom” is pregnant and even after she has the baby, she fears that Ginny might be too physical with the newborn. Her “Forever Mom” is so afraid that Ginny might do something, that she has instigated a new rule that Ginny can’t touch the baby and she isn’t even allowed to watch her “Forever Mom” and the infant. Needless to say, this causes a lot of stress in the Moon family. In addition to this stressor and unbeknownst to the Moons, Ginny has contacted her birth mother to find out about her “baby doll.” Her birth mother is a bit reckless and has some volatility and anger-management issues. Between fears about Ginny and her birth mother, the tension at the Moon house is beyond taut. Just when it seems like things couldn’t get any worse or stranger, they do (no, I’m not going to tell you what happens…read the book!).
I found Ginny Moon to be an engaging and emotional read. I fell in love with Ginny and felt anxious for her during all of her little escapades. I applaud Mr. Ludwig for crafting a character that felt so real to this reader, so much so that I was wanting to be her new “forever” parent and provide her with a loving home (yes, I know it wasn’t a realistic option since Ginny is a fictional character and I have my own medical limitations, but it is what I felt). There are a lot of themes presented in Ginny Moon, including adoption, special needs adoption, rights of birth parents, autism, coming-of-age issues, family drama, teen angst, and more. I generally don’t liken one book to another, but I can say if you’ve read and enjoyed The Curious Incident of the Dog in the Night-Time, The Rosie Project, The Rosie Effect, House Rules, and/or Love Anthony then you’ll definitely want to read Ginny Moon. If you enjoy reading stories about families in all their glory and dysfunction, then you’ll want to read Ginny Moon. If you enjoy reading a story that is a bit different from the norm, you’ll want to read Ginny Moon. If you enjoy…okay, I think you get the message, read Ginny Moon! Yes, I enjoyed reading Ginny Moon and found it to be both heart-wrenching and heart-warming. I enjoyed the characters, the storylines, and the action. I encourage you to grab a copy of Ginny Moon and read it over a weekend (trust me, you won’t want to set this aside so allow yourself plenty of time to read). I can’t tell you all that happens in the story, but I can say if you’re an emotional reader like me, keep a box of tissues close at hand as there are some scenes that might bring a tear (or two) to your eye. I sincerely hope you’ll enjoy Ginny Moon just as much as I did and, if you do, please recommend it to other readers.

Disclaimer: I received a free digital copy of this book from the publisher via Edelweiss+ for review purposes. I was not paid, required, or otherwise obligated to write a positive review. The opinions I have expressed are my own. I am disclosing this in accordance with the Federal Trade Commission’s 16 CFR, Part 255: “Guides Concerning the Use of Endorsements and Testimonials in Advertising.” 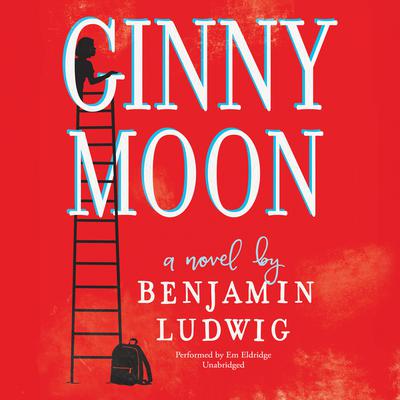 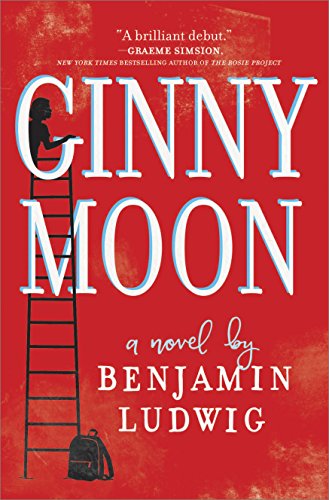