Imagine the worst thing a friend could ever do.

When Mel receives an unexpected email from her oldest friend Abi, it brings back memories she thought she had buried forever. Their friendship belonged in the past. To those carefree days at university.

But Abi is in trouble and needs Mel’s help, and she wants a place to stay. Just for a few days, while she sorts things out. It’s the least Mel can do.

After all, friends look out for each other, don’t they?

I Invited Her In is a blistering tale of wanting what you can’t have, jealousy and revenge from Sunday Times bestseller Adele Parks.

I wonder, does she? How much contact has she had? Other than the people who turn up on her chat-show sofa, does she have any interaction with kids? Is she a godmother to anyone? She must be, right? She’s perfect godparent material.

At that moment, I hear the front door bang against the hall wall and a rucksack being dropped. I look out of the kitchen window and notice that the street lamps are on, the sky has turned a deep indigo; it will be black as a bruise in another hour. “Liam’s home,” I announce. “He’s been at football practice.”

Liam lopes into the room and I am, as always, so very pleased to see him. Liam has an easy, cheerful manner, besides which he manages his two younger sisters with flair and effective ease; he’ll probably be able to retrieve the lippy and scent. I know Abi will be impressed by his height and his manners—all my friends always are.

“Liam, come and meet a friend of mine.” I jump up and rush to him. I thread my arm through his, just resisting presenting him with a ta-da. “This is Abi—we went to university together.”

He was expecting her, or at least he should have been; the house has been turned upside down by her imminent arrival and yet he looks surprised. Typical boy. It’s possible that he’s forgotten we’ve a house guest staying for a few days. Still, his manners are as perfect as ever. He leans forward and extends his hand for her to shake. She reaches for it and at the same time gracefully pulls herself up to standing.

“Well, you haven’t seen him since he was about two months old,” I point out, laughing.

“He’s—” She pauses, remembering that he’s in the room. “You’re all grown up,” she murmurs, obviously shocked that in a blink of an eye my baby has turned into this. Looking at Liam no doubt makes Abi feel old in a way that even birthdays can’t. I totally understand. Kids are like egg timers. Time slips through your fingers like sand, as you stand back and watch them grow.

“A-levels this year,” I say proudly.

“Maths, philosophy and politics,” Liam reels off his subject choices.

“Wow, clever as well.” I’m grateful that she hasn’t spelt out exactly what he is, besides clever.

There’s no doubt about it. Quite particularly so. But he’s young and absolutely hates it when my friends say as much, even though they are only trying to pay him a compliment. Even now, under her gaze, he blushes a little bit. He keeps his head down, his blond, sleek, straight fringe falling over his eyes. His eyes are arguably his best feature. Deep, dark blue pools. Framed with long, thick lashes. I already pity the girls who are going to feel the heat of his gaze once he fully understands the power of it.

I suppose there will be quite a few. He has been seeing Tanya for eight months now; it’s serious but it can’t be it. He’s too young. There were girls before her, and there will be others after.

“Yeah, he’s smart,” I say, not being able to hide my pride. “Wants to change the world, does our Liam. Don’t you, love?”

Liam shrugs. He thinks I’m being flip about his ambitions to become a politician, to champion the rights of those without voices, to find a way of doing the right thing in a world where doing the wrong thing seems to pay, but I’m not. I’m proud of him. A little daunted, to be honest. His ambitions seem so big.

Liam turns to his sisters, engaging with genuine interest. “What have you got on your face?”

“Lipstick,” they chorus, giggling proudly. They fling themselves at him and cling like limpets. Although he is too old to comfortably accept a hug from his mum, I’m pleased to say he still cuddles his younger sisters with genuine zeal. Well, really, they don’t give him any choice.

“Have you two had your tea?” he asks.

I glance at the clock guiltily. It’s past six. I normally feed the girls by quarter to five. I’ve been distracted by Abi’s arrival. “Wow, no, no they haven’t. You must be starving, girls.” Although probably not—Abi hasn’t touched the brownies and yet there’s only one left on the plate. “What do you want?” I ask.

Liam sees my panic and somehow senses my desire to stay put and chat with Abi some more. He waves his hand. “I’ll do it. No problem. What’s it to be, girls? Scrambled egg or beans on toast?”

“No, honestly love, I’ll do their tea but if you could just go and see they wash their hands. Perhaps listen to them reading for school, while I put something on for us all.”

Liam leads them out of the room. Abi and I smile at one another as we listen to their chatter and laughter trail upstairs.

“You did a fine job, Mel.” She looks me in the eye and nods.

“Thank you. I didn’t do it on my own. Ben is a brilliant dad and my parents have been such a help.”

I nod and accept her compliment because it’s what I like to believe. Not that I mostly did the bringing up. But that he is mostly me. He’s a fine boy and he is mostly mine. Nothing to do with the boy I had a one-night stand with, someone I hardly knew; he is irrelevant.

Adele Parks one of the most-loved and biggest-selling women’s fiction writers in the UK. She has sold over 3 million books and her work has been translated into 25 different languages.
1500+ 5 star reviews have kindly been written by her fans on Amazon.co.uk 🙂
She has published 15 novels in the past 15 years, all of which have been London Times Top Ten Bestsellers.
Adele was born in the North East of England, in 1969. She enjoyed a traditional 1970’s childhood, watching too much TV and eating convenience food because nobody minded if kids did that in those days. Since graduating from university, where she studied English Language and Literature, she worked in advertising and as a management consultant. In 2010 Adele was proud to be awarded an honorary doctorate of Letters from Teesside University.

Thursday, November 15th: A Dream Within a Dream

This excerpt tour brought to you by TLC Book Tours 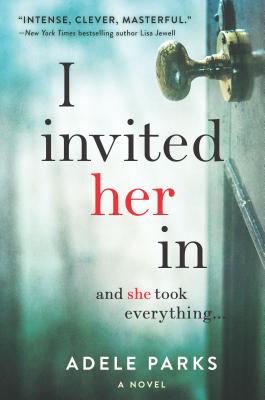 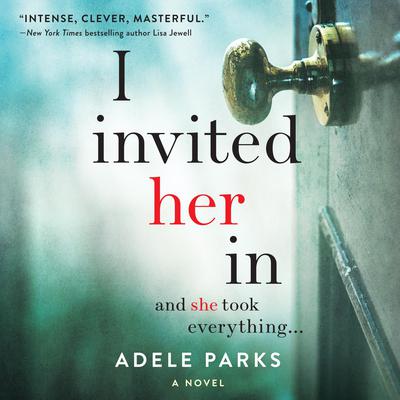