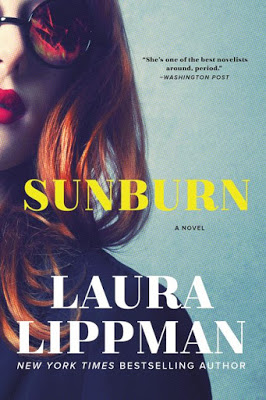 One is playing a long game. But which one?

They meet at a local tavern in the small town of Belleville, Delaware. Polly is set on heading west. Adam says he’s also passing through.

Yet she stays and he stays—drawn to this mysterious redhead whose quiet stillness both unnerves and excites him. Over the course of a punishing summer, Polly and Adam abandon themselves to a steamy, inexorable affair. Still, each holds something back from the other—dangerous, even lethal, secrets that begin to accumulate as autumn approaches, feeding the growing doubts they conceal.

Then someone dies. Was it an accident, or part of a plan? By now, Adam and Polly are so ensnared in each other’s lives and lies that neither one knows how to get away—or even if they want to. Is their love strong enough to withstand the truth, or will it ultimately destroy them?

Which one will it be?

Pauline “Polly” Hansen just turns up in the tiny town of Belleville, Delaware one day during the summer. No one knows that she served time for murdering her first husband or has recently abandoned her second husband and young child. She needed to get away to put her “plan” into motion. Adam Bosk is a Culinary Institute of America trained chef and sometime private investigator, hired by a former colleague of Polly’s murdered husband. He follows Polly to Belleville, ends up working as a cook where she works as a waitress before the two of them begin a relationship. The only thing Adam is sure of after a few months is that Polly is definitely keeping her background a secret, but then so is he, and that she isn’t hiding millions of dollars from his client. But then Polly begins to take mysterious trips, her apartment burns down with Adam’s previous sex partner and Polly’s rival inside, and more. Adam is pretty sure Polly didn’t have anything to do with the fire because she was with him but is it possible she simply used him as a convenient excuse? After a while, he doesn’t even care because he’s in love and willing to relocate or even run away if it means spending more time with Polly. When her “secret” background becomes public and she isn’t spurned by her boss, it seems as if the decision is made to stay in this small town and try to build their relationship. Just when it seems as if they have everything going for them and no obstacles, they both seem to begin pulling away, emotionally if not physically, all the while professing love for one another. Are there perhaps more secrets to be revealed? If so, will these secrets tear them apart or bring them closer?
I’ve read quite a few books by Laura Lippman and she is one author that never disappoints me as a reader. Sunburn is a taut psychological suspense thriller that kept this reader turning the pages (okay, I took a brief break to take my mother to see Black Panther…you try to deny an 84-y.o. when she says you’re taking her to the movies and she hasn’t been to a movie theatre in four years). I found this to be a fast-paced and enthralling read, the more that was revealed about both Polly and Adam the more I wanted to find out what would happen next. I enjoyed the suspense build-up, the cat-and-mouse playoff between Polly and Adam, as well as between Polly and almost all of the male characters. She doesn’t exactly come across as a femme fatale, but more of a little girl lost that needs a helping hand and most men seem oh-so-willing to proffer that hand to her. I enjoyed the characters, the interplay between the characters, the action, the settings… I could rant and rave about Sunburn for awhile, but it boils down to this, I really enjoyed reading this book and can see myself rereading this book over the next few months. If you’re a psychological suspense reader like me, you’ll definitely want to grab a copy of Sunburn to read. If you’ve ever read Ms. Lippman’s fiction, then I’m sure I don’t have to tell you to grab a copy of the book to read because it’s probably on your TBR list. If it isn’t, add it ASAP. For those of you that perhaps haven’t read anything by Ms. Lippman, you’ve been missing out, and I strongly encourage you to grab a copy of Sunburn to read as soon as possible. 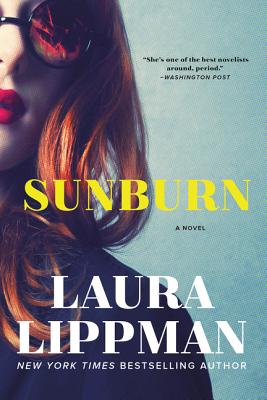 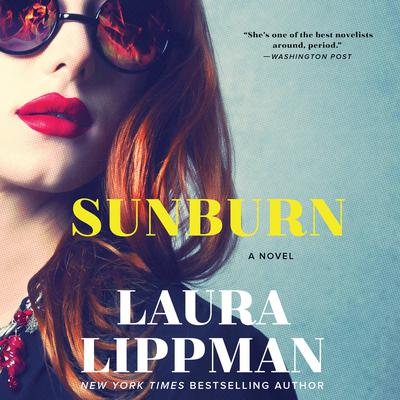 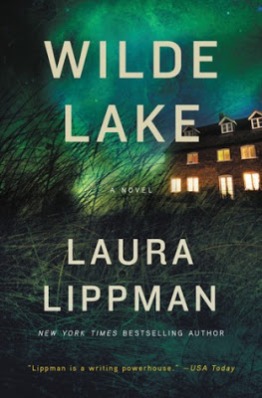 The bestselling author of the acclaimed standalones After I’m Gone, I’d Know You Anywhere, and What the Dead Know, challenges our notions of memory, loyalty, responsibility, and justice in this evocative and psychologically complex story about a long-ago death that still haunts a family.

Luisa “Lu” Brant is the newly elected—and first female—state’s attorney of Howard County, Maryland, a job in which her widower father famously served. Fiercely intelligent and ambitious, she sees an opportunity to make her name by trying a mentally disturbed drifter accused of beating a woman to death in her home. It’s not the kind of case that makes headlines, but peaceful Howard county doesn’t see many homicides.

As Lu prepares for the trial, the case dredges up painful memories, reminding her small but tight-knit family of the night when her brother, AJ, saved his best friend at the cost of another man’s life. Only eighteen, AJ was cleared by a grand jury. Now, Lu wonders if the events of 1980 happened as she remembers them. What details might have been withheld from her when she was a child?

The more she learns about the case, the more questions arise. What does it mean to be a man or woman of one’s times? Why do we ask our heroes of the past to conform to the present’s standards? Is that fair? Is it right? Propelled into the past, she discovers that the legal system, the bedrock of her entire life, does not have all the answers. Lu realizes that even if she could learn the whole truth, she probably wouldn’t want to.

Laura Lippman was a reporter for twenty years, including twelve years at The (Baltimore) Sun. She began writing novels while working fulltime and published seven books about “accidental PI” Tess Monaghan before leaving daily journalism in 2001. Her work has been awarded the Edgar ®, the Anthony, the Agatha, the Shamus, the Nero Wolfe, Gumshoe and Barry awards. She also has been nominated for other prizes in the crime fiction field, including the Hammett and the Macavity. She was the first-ever recipient of the Mayor’s Prize for Literary Excellence and the first genre writer recognized as Author of the Year by the Maryland Library Association.
Ms. Lippman grew up in Baltimore and attended city schools through ninth grade. After graduating from Wilde Lake High School in Columbia, Md., Ms. Lippman attended Northwestern University’s Medill School of Journalism. Her other newspaper jobs included the Waco Tribune-Herald and the San Antonio Light.
Ms. Lippman returned to Baltimore in 1989 and has lived there since. She is the daughter of Theo Lippman Jr., a Sun editorial writer who retired in 1995 but continues to freelance for several newspapers, and Madeline Mabry Lippman, a former Baltimore City school librarian. Her sister, Susan, is a local bookseller.

Enter to win 1 of 2 hardcover copies of Wilde Lake (open to residents of the United States and Canada only, sorry). This giveaway ends on May 31st at 11:59 PM ET. The winners will be announced by 10:00 AM ET on June 1, 2016. These books have generously been provided by the publisher, William Morrow, and will be mailed by The Book Diva’s Reads to the winners.