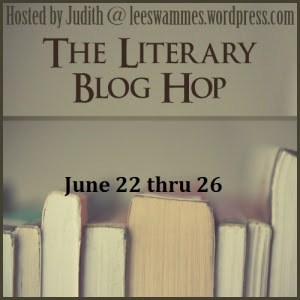 The Literary Blog Hop has ended. First I want to express my gratitude to Judith at Leeswammes’ Blog for organizing another great blog hop. Second, I want to thank everyone that stopped by and entered.
And now for the winner…congratulations to Paula B.! Paula B. has won a paperback copy of The Hotel on the Corner of Bitter and Sweet by Jamie Ford. 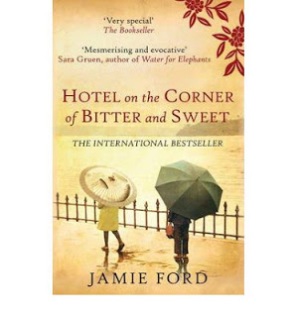 The Literary Blog Hop has ended (my apologies for the delay in noting the winner…I’ve been indisposed by a series of severe migraine headaches for the past seven days). The winner of the paperback copy of The Immortal Life of Henrietta Lacks by Rebecca Skloot is Katie A.

Congratulations Katie! Thanks are offered to everyone that stopped by and entered. I also want to thank Judith at Leeswammes Blog for once again organizing this delightful hop. 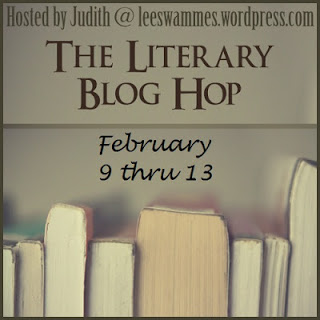 I’m please to announce that The Book Diva’s Read is once again participating in The Literary Blog Hop. This hop, organized by Judith at Leeswammes Blog, runs from 12:01 AM ET on February 9, 2013 through 11:59 PM ET on February 13, 2013. The winner will be announced by 9:00 AM ET on Thursday, February 14, 2013. This giveaway is open to international residents. All entrants must ensure that the Book Depository will ship to their country (click here to check).
In honor of African-American History Month here in the US, the prize for this giveaway will be a paperback copy of The Immortal Life of Henrietta Lacks by Rebecca Skloot via the Book Depository. Although a non-fiction read, this book was chosen as a best book of 2010 by over 60 different media outlets including: National Public Radio, the Los Angeles Times, U.S. News & World Reports, the New York Times, USA Today. 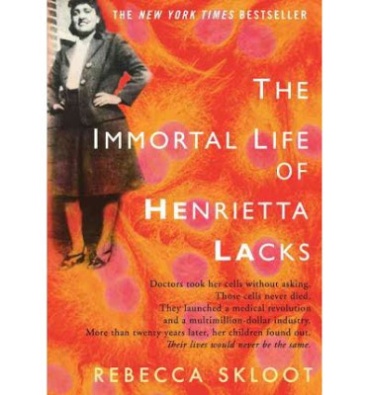 Her name was Henrietta Lacks, but scientists know her as HeLa. She was a poor Southern tobacco farmer who worked the same land as her slave ancestors, yet her cells–taken without her knowledge–became one of the most important tools in medicine. The first “immortal” human cells grown in culture, they are still alive today, though she has been dead for more than sixty years. If you could pile all HeLa cells ever grown onto a scale, they’d weigh more than 50 million metric tons–as much as a hundred Empire State Buildings. HeLa cells were vital for developing the polio vaccine; uncovered secrets of cancer, viruses, and the atom bomb’s effects; helped lead to important advances like in vitro fertilization, cloning, and gene mapping; and have been bought and sold by the billions. Yet Henrietta Lacks remains virtually unknown, buried in an unmarked grave. Now Rebecca Skloot takes us on an extraordinary journey, from the “colored” ward of Johns Hopkins Hospital in the 1950s to stark white laboratories with freezers full of HeLa cells; from Henrietta’s small, dying hometown of Clover, Virginia–a land of wooden slave quarters, faith healings, and voodoo–to East Baltimore today, where her children and grandchildren live and struggle with the legacy of her cells. Henrietta’s family did not learn of her “immortality” until more than twenty years after her death, when scientists investigating HeLa began using her husband and children in research without informed consent. And though the cells had launched a multimillion-dollar industry that sells human biological materials, her family never saw any of the profits. As Rebecca Skloot so brilliantly shows, the story of the Lacks family–past and present–is inextricably connected to the dark history of experimentation on African Americans, the birth of bioethics, and the legal battles over whether we control the stuff we are made of. Over the decade it took to uncover this story, Rebecca became enmeshed in the lives of the Lacks family–especially Henrietta’s daughter Deborah, who was devastated to learn about her mother’s cells. She was consumed with questions: Had scientists cloned her mother? Did it hurt her when researchers infected her cells with viruses and shot them into space? What happened to her sister, Elsie, who died in a mental institution at the age of fifteen? And if her mother was so important to medicine, why couldn’t her children afford health insurance? Intimate in feeling, astonishing in scope, and impossible to put down, The Immortal Life of Henrietta Lacks captures the beauty and drama of scientific discovery, as well as its human consequences.

Enter the Giveaway:  All entries must use the official Rafflecopter form found here. Comments are graciously accepted but are not considered an entry.

Mea culpa, mea culpa… My apologies to everyone that is following the Literary Blog Hop. This hop is not supposed to end until midnight Eastern time on 10/31/2012, but due to an oversight on my part (sorry), it has ended early.
As a result of my oversight, you now have a second chance to win a copy of When She Woke by Hillary Jordan. One winner will be chosen from the initial Rafflecopter and a second winner will be chosen from the abbreviated Rafflecopter shown below. Both winners will be announced on November 1, 2012.

The Literary Giveaway Blog Hop has ended. First I want to thank everyone that stopped by and entered this giveaway. I also want to thank Judith at Leeswammes’ Blog for hosting the giveaway blog hop.
The winner of The Bronte Collection is: Michelle Foong. Congratulations Michelle! Hope you enjoy reading these books by the Bronte sisters.
The winner was chosen using Random.org. To verify your entry into this giveaway, please visit: http://www.random.org/draws/details/?draw=7896 and enter the email address used for this giveaway.

Please pardon the delay in posting this link, but I’ve been indisposed over the past few days with a series of severe migraine headaches.

I am pleased to announce a giveaway for The Bronte Collection through The Book Depository. 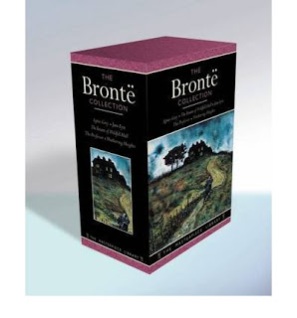 To enter, please visit my giveaways page and complete the entry form: http://thebookdivasreads.blogspot.com/p/giveaways.html. This giveaway is part of the Literary Giveaway Blog Hop being hosted by Leeswammes’ Blog. The winner of this giveaway will be announced on October 20th.