Free Book and a Cup of Tea

I’m Mike Guillebeau, author of the MAD Librarian book which was reviewed here on The Book Diva’s Reads. I’d like to thank all of the readers for your support, gauge your interest in the book, and offer you a small Christmas present from my MAD librarian and the other characters in the book. For the next week, anyone who would like a free Kindle book of MAD Librarian can send me an email (mike@michaelguillebeau.com). Let me know that you’d like a free Kindle ebook of MAD Librarian and that you heard about it on The Book Diva’s Reads. I’ll email you a $10 Amazon gift card, which will let you buy a MAD Librarian ebook for $7.99, and have enough left over for a cup of tea or coffee with your book.
Here’s the kicker: I’ll only do this for the first five from this blog. And I’m doing this at a couple of other sites. The first site to get five books will get five more.
Regardless of whether you take me up on this or not, thanks for your support for books in general, and The Book Diva. Review sites like The Book Diva’s Reads are the lifeblood for readers like you and writers like me alike. 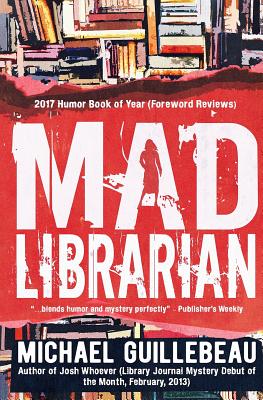