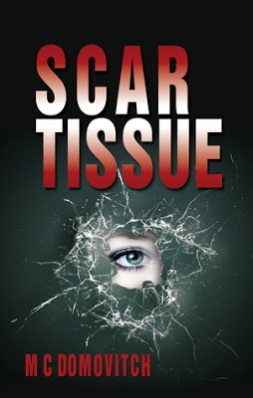 When successful model Ciara Kelly wakes up in hospital, remembering nothing of the weeks she has been missing, her only clues are the ugly words carved into her skin. According to the police she was a victim of the Cutter, a serial killer who has already murdered three women. For her protection the police and her doctors give a press conference, announcing that because her amnesia is organically caused, her memory loss is permanent. But, whether her memory returns or not is anybody’s guess.

Overnight, Ciara’s glamorous life is gone. Her scars have killed both her modelling career and her relationship with her rich boyfriend. With nothing to keep her in New York, she returns to her hometown of Seattle, moves in with her sister and goes about building a new life. But when her sister lets it slip that Ciara’s memory is returning, the killer comes after her again. If Ciara is to stay alive, she must keep one step ahead of the Cutter.

I don’t want to die.

That single thought pounded through her mind as she hurtled through the woods. The blackness had dropped all at once, and now the trees were merely darker shadows against a dark night. The rain came down hard. Lightning cracked, sounding so much like a gunshot that she muffled a scream. But she had not been hit. She was still alive. She ran on.

Branches and bushes whipped at her, scratching her arms and legs. She tripped over an exposed root and crashed to the ground, but was back on her feet in an instant.

A brilliant flash of lightning was followed by thunder. Ka-boom. Everything that had been black a moment ago became white. Had she been spotted? No, surely not.

A crunching sound came from her right. She whipped her head toward it and picked up her pace. Her breathing was ragged, short puffs of steam in the frigid April air. It couldn’t have been more than fifty degrees. Sweat and rain mixed with the dirt and blood from her countless wounds and ran down her face and neck in rivulets. Thanks to the adrenaline pumping through her veins, she was numb to the cold and the pain, but she would feel it later—if she got out of here alive.

But she’d had no real food for days, no water except the occasional sip. Her body couldn’t keep going much longer. She was close to collapsing.

If she wanted to stay alive, she needed to put as much distance as possible between herself and her captor. She had no idea how long she’d been running or in which direction she was going. Had her kidnapper even noticed she’d escaped? Was that monster already on her trail, getting closer with every passing second? A horrendous thought came to her. She could be running in a circle, her every step bringing her closer to her jailer. A sob escaped her throat.

She squinted, trying to see through the inky night. There had to be a road, a house, something, and then she saw them. Some distance away there were lights, and her last vestiges of hope crashed.

Had a posse been formed? Were they closing in on her? In her panic, she tripped and came down hard, again. This time she thought she might have broken an arm. She was crying now. She’d come so close. But she would be caught. And she would die.

She looked up at the lights moving through the trees, and blinked. Could her imagination be playing tricks on her? She stared, and in a moment of clarity she understood. Those weren’t flashlights. They were headlights. Headlights meant cars, and cars meant a road. Just ahead, maybe a few hundred yards farther, lay safety.

She had to keep going. She struggled to her feet, cradling her sore arm. She made her way, pushing through brambles and bushes until she came to a steep embankment. She crawled up and then over the guardrail. A car whizzed by, blaring its horn.

“Wait. Stop!” she yelled at the next one when it was still a distance away, but it drove by too. “Help me!” she shouted after it. She limped into the road, determined to make the next one stop. Tires screeched. There was a thud. And then she went flying through the air, coming to a bone-crushing thump on the hard pavement.

Through the mist in her mind she heard the sound of running footsteps, then a woman’s voice. “Oh, my God. Is she dead?”

A man’s voice, pleading. “I swear. It wasn’t my fault. She ran right in front of me.”

The woman again. “I think she’s still breathing. Call an ambulance. Now!” She leaned into her. “What’s your name, sweetheart?”

The words came to her from a great distance, growing further and further away, until they were only a faint echo. She drifted into nothingness.

Monique was born in the small town of Hearst Ontario, the oldest of ten children. “You can’t imagine the pressure,” she says, laughing. “Anything I did wrong—and I did plenty—was sure to lead my siblings into a life of sin. I therefore accept the blame for any wrongdoings by all member of my family.”
When she was twenty years old she moved to Montreal, where she became a successful model, winning the prestigious Modeling Association of American Contest and continuing on to an international career. During this time, she worked with many top photographers and graced many designer runways. “Modeling was a wonderful career,” she says. “I met so many interesting and talented people. I travelled all over the world. After ten years of facing cameras and audiences, I became very comfortable with the public. I had no idea at the time, just how much this ability would serve me later in life.”
When Monique retired from modeling, she founded Beauties Modeling Agency in Montreal. Through her tutelage, many Canadian models gained international renown. “I wanted to accept my age rather than try desperately to look young for an unforgiving camera. That was the main reason I retired from modeling when I was still young.”
Later, she became a financial adviser and planner, and soon found herself hosting her own national television show about personal finance. After four years on the air, the series ended and Monique soon retired from her financial career, remarried and embarked on her new career in writing. Her success was almost instant. She was signed on by an agent within months of finishing her first novel and soon signed two contracts for a total of six books. MC Domovitch is the author of nine books. She writes cozy mystery under the names Carol Ann Martin, humorous mysteries as Monique Domovitch, and edge-of-your-seat suspense as MC Domovitch. She lives with her physician husband and their dogs.

This tour brought to you by: