In the long-anticipated novel from the author of the critically acclaimed Beasts of No Nation, a revelation shared between two privileged teenagers from very different backgrounds sets off a chain of events with devastating consequences

On the surface, Niru leads a charmed life. Raised by two attentive parents in Washington, D.C., he’s a top student and a track star at his prestigious private high school. Bound for Harvard in the fall, his prospects are bright. But Niru has a painful secret: he is queer—an abominable sin to his conservative Nigerian parents. No one knows except Meredith, his best friend, the daughter of prominent Washington insiders—and the one person who seems not to judge him.

When his father accidentally discovers Niru is gay, the fallout is brutal and swift. Coping with troubles of her own, however, Meredith finds that she has little left emotionally to offer him. As the two friends struggle to reconcile their desires against the expectations and institutions that seek to define them, they find themselves speeding toward a future more violent and senseless than they can imagine. Neither will escape unscathed.

In the tradition of Junot Diaz’s The Brief Wondrous Life of Oscar Wao and Chimamanda Ngozi Adichie’s Americanah, Speak No Evil explores what it means to be different in a fundamentally conformist society and how that difference plays out in our inner and outer struggles. It is a novel about the power of words and self-identification, about who gets to speak and who has the power to speak for other people. As heart-wrenching and timely as his breakout debut, Beasts of No Nation, Uzodinma Iweala’s new novel cuts to the core of our humanity and leaves us reeling in its wake.

Being a teenager is difficult enough without being the child of immigrant parents with high expectations, being one of the few minorities in an exclusive school, following behind a popular and over-achieving sibling, and being gay. These are exactly the circumstances that Niru finds himself in and he’s unsure of how to handle it all. Niru is introverted whereas his older brother was extroverted and quite popular. Niru is a better athlete, but his brother was captain of his team. Niru has received an early acceptance to Harvard University so his post-high school academic career is set. The only problems are that Niru is attracted to boys and that is taboo in Nigerian culture. When his parents learn of his so-called aberrant predilections, his father beats him, takes him to church for counseling, then takes him back to Nigerian for intensive prayer. Niru knows that he’s a disappointment to his family, so he tries really hard to be what they want when he returns to the US, but it just doesn’t feel right. The only friend he had, Meredith, he pushed away and he’s struggling to find where he belongs. Just when it seems like all hope is lost for Niru, he rekindles his friendship with Meredith. And then tragedy strikes. Meredith is the only true witness to what happened in that alley that horrible night, but will she be allowed to tell the truth? Will it make a difference if she does?
Speak No Evil by Uzodinma Iweala is an amazing read and one that I finished in just a few short hours. The author pulled me into the story after only a few pages and I refused to get up until I finished the story. Although I read this story a few days ago, it took me awhile to sit down and write this review. Not because this wasn’t a good story, but because it was an amazing story and one that packed a powerful punch. It’s been many, many years since I was a teenager, but I empathized with Niru and Meredith’s pain and angst of being a teen. Niru had to deal with impossible cultural standards to live up to and Meredith had to deal with being an only child that was left to her own devices by her parents all too often. The first half of the book is told from the teenage Niru’s perspective and the second half is told from Meredith’s adult perspective. Both stories are emotionally powerful. Speak No Evil touches on current topics that seem to never have any resolution such as #BlackLivesMatter and #MeToo. There are a lot of things happening in this story and if I touched on them all, I’d be revealing too much. What I can say is that this is a phenomenal story and one that I strongly encourage everyone to read. It isn’t often that a book takes my breath away and leaves me speechless, but Speak No Evil is definitely in that category, so I once again simply say read this book.

Read an excerpt from Speak No Evil here. 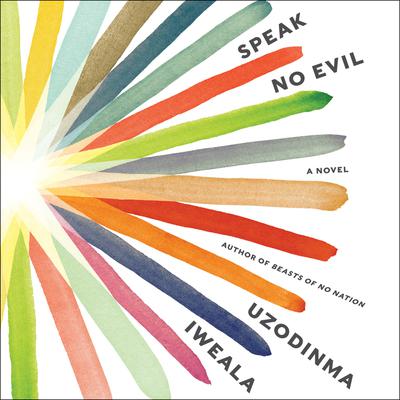 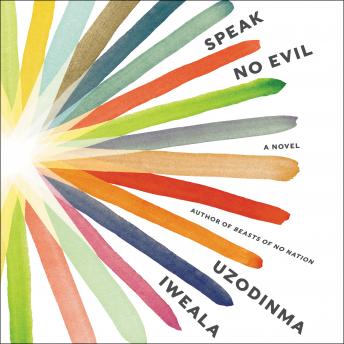