From the critically acclaimed author of The Hummingbird and The Curiosity comes a dazzling novel of World War II—a shimmering tale of courage, determination, optimism, and the resilience of the human spirit, set in a small Normandy village on the eve of D-Day

On June 5, 1944, as dawn rises over a small town on the Normandy coast of France, Emmanuelle is making the bread that has sustained her fellow villagers in the dark days since the Germans invaded her country.

Only twenty-two, Emma learned to bake at the side of a master, Ezra Kuchen, the village baker since before she was born. Apprenticed to Ezra at thirteen, Emma watched with shame and anger as her kind mentor was forced to wear the six-pointed yellow star on his clothing. She was likewise powerless to help when they pulled Ezra from his shop at gunpoint, the first of many villagers stolen away and never seen again.

But in the years that her sleepy coastal village has suffered under the enemy, Emma has silently, stealthily fought back. Each day, she receives an extra ration of flour to bake a dozen baguettes for the occupying troops. And each day, she mixes that precious flour with ground straw to create enough dough for two extra loaves—contraband bread she shares with the hungry villagers. Under the cold, watchful eyes of armed soldiers, she builds a clandestine network of barter and trade that she and the villagers use to thwart their occupiers.

But her gift to the village is more than these few crusty loaves. Emma gives the people a taste of hope—the faith that one day the Allies will arrive to save them.

If you’re like me, you’ve read plenty of fictional stories about World War II. Some are about the resistance fighters, some are about the Allied forces, and some are about the lives of those struggling to survive the war. Mr. Kiernan has crafted a World War II story that focuses on one village, one villager, and one day – D-Day with The Baker’s Secret.
Emmanuelle, or Emma, was apprenticed at an early age to the village baker, Uncle Ezra. This was astounding for several reasons, the first being Uncle Ezra had never taken a female apprentice before and, second, although he berated her skills, he obviously saw something in her that he began to nurture. As Emma’s baking skills grow, she also develops a romantic relationship with her fellow villager, Philippe. All is right in the world until France is invaded. The village of Vergers silently witnesses the initial targeting of all of its Jewish citizenry, forcing them all to wear bright yellow stars denoting their difference. The village and Emma then witness the removal of all of their Jewish friends and neighbors. Then all of the able-bodied village men are conscripted to work in factories. A few remaining men and women work silently in the resistance movement, but as the years go by it seems as if Vergers is all but forgotten. The only thing that keeps Emma going strong is the fact that she must bake bread every day for the German officers, she has to protect her grandmother, and somehow she has become a lifeline for her fellow villagers. How is it possible that one young woman can keep an entire village alive?
I devoured The Baker’s Secret in just a few hours (sorry, not sorry for the bad pun). Mr. Kiernan has this amazing ability to craft stories that pull this reader in from the first few pages and keep me in their thrall to the very last page. I became invested in Emma’s life and plight and couldn’t wait to see what would happen next. I enjoyed meeting and learning about all of the other villages including Didier aka the Goat, Charles aka Monkey Boy, Meme (Emma’s grandmother), the veterinarian Guillaume along with his wife and daughter, Yves the fisherman, Odette the cafe owner/operator, and more. The Baker’s Secret is more than a book about survival during the war, it’s a story about a group of villagers functioning as a somewhat disjointed and dysfunctional family and Emma is the “eldest” child assuming responsibility for everyone else. I have had the pleasure of reading Mr. Kiernan’s previous books, The Curiosity and The Hummingbird, and can only say to those of you that have read either of those books, run and get a copy of The Baker’s Secret to read. If you haven’t read The Curiosity or The Hummingbird, you’ll need to add those titles to your TBR list and grab a copy of The Baker’s Secret to read ASAP. Just in case you couldn’t tell, I thoroughly enjoyed reading The Baker’s Secret and look forward to rereading it along with The Curiosity and The Hummingbird (yes, they are all just that good).
Disclaimer: I received a free digital copy of this book from the publisher via Edelweiss+ for review purposes. I was not paid, required, or otherwise obligated to write a positive review. The opinions I have expressed are my own. I am disclosing this in accordance with the Federal Trade Commission’s 16 CFR, Part 255: “Guides Concerning the Use of Endorsements and Testimonials in Advertising.”

Read an excerpt from The Baker’s Secret here. 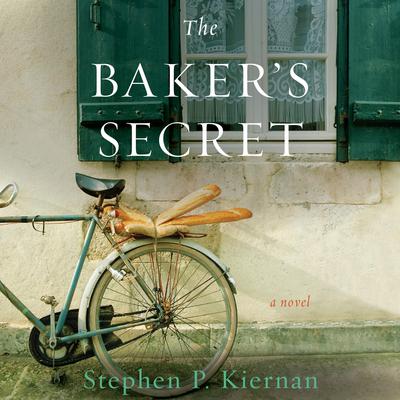