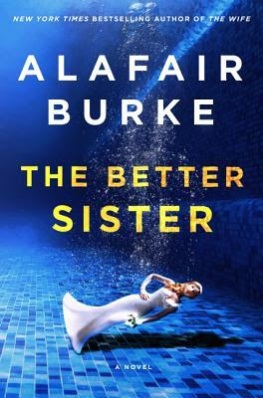 From Alafair Burke—New York Times bestselling author of the runaway hit, The Wife—comes another twisty tale of domestic noir. When a prominent Manhattan lawyer is murdered, two estranged sisters—one the dead man’s widow, the other his ex—must set aside mistrust and old resentments . . . but can they escape their past?

Though Chloe was the younger of the two Taylor sisters, she always seemed to be in charge. She was the honor roll student with big dreams and an even bigger work ethic. Nicky was always restless . . . and more than a little reckless—the opposite of her ambitious little sister. She floated from job to job and man to man, and stayed close to home in Cleveland.

For a while, it seemed like both sisters had found happiness. Chloe earned a scholarship to an Ivy League school and moved to New York City, where she landed a coveted publishing job. Nicky married promising young attorney Adam Macintosh, and gave birth to a baby boy they named Ethan. The Taylor sisters became virtual strangers.

Now, more than fifteen years later, their lives are drastically different—and Chloe is married to Adam. When he’s murdered by an intruder at the couple’s East Hampton beach house, Chloe reluctantly allows her teenaged stepson’s biological mother—her estranged sister, Nicky—back into her life. But when the police begin to treat Ethan as a suspect in his father’s death, the two sisters are forced to unite . . . and to confront the truth behind family secrets they have tried to bury in the past.

Chloe Taylor might have been the younger Taylor sister, but she’s also the one that seemed to have more drive and ambition. She’s also the sister that went to college, moved away from home, and became a successful journalist. Her older sister, Nicky, always seemed to struggle with relationships and following through with pretty much everything including jobs. It wasn’t until Nicky began her relationship with Adam Macintosh that she began to settle down. She married and quickly had a child. Then her life began to unravel and Adam turned to Chloe for assistance. Although Chloe lived several hundred miles away, she wanted to be there for her sister and her brother-in-law, but when tragedy struck everyone felt that Ethan’s best interest had to come first. Adam wound up divorcing Nicky, obtaining sole custody, and staying in Ohio for several years afterward before relocating to New York. It wasn’t until Adam and Ethan moved to New York that Chloe became a central part of their lives and before you knew it, Chloe was married to her ex-brother-in-law and stepmother to her biological nephew.
Fast forward a dozen years and Chloe is now a successful journalist and publisher with a book deal. She is well-respected in her industry and is considered to be an integral media spokesperson for the #MeToo and #ThemToo movements. Her marriage to Adam seems idyllic. She has a husband she loves, a child she adores, and a job that is incredibly rewarding. Shortly after receiving an industry award, Chloe, Adam, and Ethan plan to spend a weekend away from New York City and go to their second home in East Hampton. Ethan spends the night with a friend. Chloe spends the evening at a party to celebrate her award and Adam opts to spend a quiet night at home. Sadly, that quiet night at home ends with Chloe finding Adam’s murdered body. The police investigate and quickly turn their sights to Chloe and then to Ethan. It seems the idyllic family that Chloe liked to portray in public wasn’t so idyllic. Chloe may not know much, but she knows she didn’t kill her husband and she also knows that Ethan didn’t murder his father, but who did? Since Chloe is only Ethan’s stepmother and aunt, she has no legal rights and Nicky returns to the picture. Amazingly, she provides support to both Ethan and Chloe while they wait for the trial to begin and during the trial. Can these two sisters repair their relationship while fighting for the life and freedom of their shared son? Will they ever uncover the real identity of Adam’s murderer?
I found The Better Sister to be a riveting psychological suspense thriller. In addition to the murder, there is adultery, emotional and physical abuse, gaslighting, illegal corporate shenanigans, and tons of family angst and drama. Yes, there are several twists and turns in the story and the author keeps you guessing as to whodunit until the final reveal. Are there bad guys? Yes and no. (Trust me, that answer makes a lot of sense once you read the book.) None of the primary characters are what they appear to be initially. Chloe is not as laid back and easy going as she would have everyone believe. Her marriage to Adam is nowhere near perfect. Adam wasn’t happy in his job and had severe anger and control issues (still not an excuse to be murdered). Ethan is caught not just between two parents, but between three and is struggling to hang tough and please them all as best he can and ends up arrested and on trial accused of murdering his own father because of his desire to please everyone. Nicky isn’t quite the trainwreck she was thought to be. The Better Sister seems to go out of its way in letting the reader know there are often more than two sides to a story and just because one side seems more plausible than another doesn’t make it the right side. Truth is often stranger than fiction and Chloe, Nicky, and Ethan seem to have a lot of difficulty in dealing with the truth until their backs are pushed against the proverbial wall. Although there is a lot going on in this story, the three main characters are inextricably linked together and it’s only when they realize that together they are stronger that they rise above their problems and begin to survive. Does Ethan get out of jail? Do they ever find the real murderer? What exactly are the corporate shenanigans? Who was committing adultery? Who was the abuser and who was getting abused? Who was gaslighting whom? Which sister is The Better Sister? Read the book to find out for yourself!
Disclaimer: I received a free digital review copy of this book from the publisher via Edelweiss+. I was not paid, required, or otherwise obligated to write a positive review. The opinions I have expressed are my own. I am disclosing this in accordance with the Federal Trade Commission’s 16 CFR, Part 255: “Guides Concerning the Use of Endorsements and Testimonials in Advertising.”

Read an excerpt from The Better Sister here. 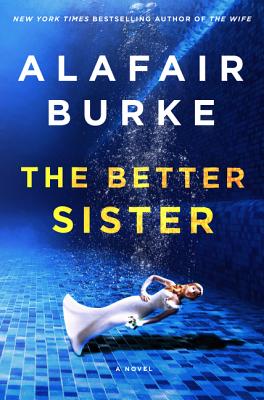 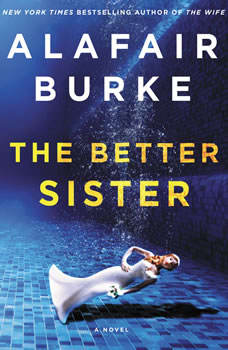 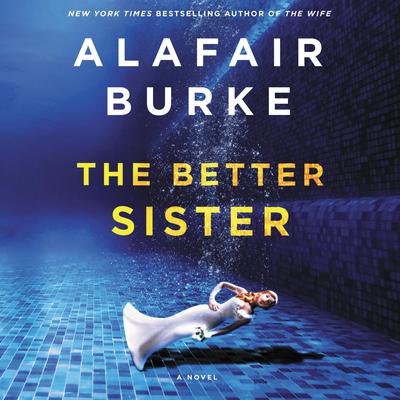