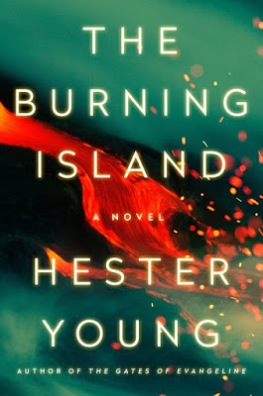 The newest haunting mystery from the beloved author of The Gates of Evangeline, featuring Charlie Cates, a headstrong heroine who must confront her unwanted supernatural gift and bring dark secrets to light if she ever wants to leave the Big Island . . .

Journalist Charlie Cates has always believed in facts, in what can be proved–her career depends on it. Which is why she has never truly accepted the supernatural visions that guide her to children in danger. After her work on a high-profile missing-child case brings unwanted fame, she reluctantly flees to the lush Big Island of Hawaii with her best friend, Rae. Determined to avoid her disturbing visions, Charlie begins writing what seems to be a harmless interview of a prominent volcanologist, Victor Nakagawa. But her hopes for a peaceful vacation are soon dashed by haunting dreams of a local girl who went missing six weeks earlier.

In the small and sleepy town of Kalo Valley, Charlie and Rae come to realize that even paradise has its ugly secrets, and the Nakagawa family is no exception. In order to find the missing teenager and stop a dangerous predator from striking again, Charlie is forced to embrace the gift she has always tried to conceal. Meanwhile, someone is watching her every move, and the closer Charlie gets to the truth, the more distant her chances of ever leaving the island alive.

With a deliciously eerie and fast-paced story told in vivid prose, all with an overlay of supernatural suspense, The Burning Island is a pulse-pounding mystery perfect for fans of Jennifer McMahon and Kate Atkinson.

We were all introduced to Charlotte “Charlie” Cates in The Gates of Evangeline. (If you haven’t read it, I highly recommend it…again!). Since then, Charlie has relocated to the Southwest, enlarged her family, and continues to struggle with her paranormal or “psychic” gifts. The Burning Island begins with Charlie out with her fiancé, Noah Palmer, in an attempt to locate a missing boy. They find him just in the nick of time, but not before the local police scrutinize them closely in fear they may have had some part in the boy’s disappearance. It isn’t until Charlie’s fiancé unwittingly reveals that Charlie is psychic and her abilities led her to the boy’s location that the police begin to back off. It helps that their story is confirmed when the young boy wakes up from his ordeal and reveals that he wandered off after a disagreement with his parents and got lost in the desert. But now the public knows that Charlie has psychic abilities and their home is surrounded by media and their phones are bombarded with interview requests and calls for help by other parents. Fortunately, Charlie’s best friend Rae talks her into a “girls week” instead of their usual “girls weekend.” Then Charlie’s editor gives her a plum assignment in Hawaii making this a working vacation for Charlie and an opportunity to get paid whilst enjoying a tropical paradise. The job is to profile a local volcanologist that is also a triathlon competitor and winner. Little does Charlie know that this man’s daughter has been missing for more than six weeks and she may be leaving one taut and restrictive situation for another. Can she determine the truth about this missing Hawaiian teen in just one week? Can she do so without bringing undue attention and possible harm to herself and others?
As with the previous two books in this series, The Gates of Evangeline and The Shimmering Road, I found The Burning Island to be a fast-paced and engrossing read. I would have liked to get more of the family vibe with Charlie’s growing family (she’s had the baby and her newly discovered, much younger sister has been incorporated into the family), but it was nice to see the friendship dynamic between Charlie and Rae. Charlie is still a bit unhinged by her “gift” and isn’t quite sure how to deal with it, so it was also interesting to see her comfort level grow over the course of this book. There’s a lot more going on The Burning Island than just the case of a missing teenager, such as an isolated and possibly abused family residing next door to the inn Charlie’s staying at, the skewed family dynamics in the Nakagawa family, and more. Both Charlie and Rae have issues they need to deal with and trying to think about them and come to a possibly life-changing decision in just a week seems more than difficult to me. Can they do it? Possibly. Do they do it? Read the book to find out for yourself! Like I said, there’s a lot going on in this story and it’s part personal quest, part thriller, and part mystery with paranormal aspects. For those of you that have already read The Gates of Evangeline and The Shimmering Road I probably don’t have to recommend that you read The Burning Island, but I will anyway. For those of you that haven’t read The Gates of Evangeline and The Shimmering Road, I strongly encourage you to grab copies of both of those books, read them, and then grab a copy of The Burning Island to read. Seriously, this is a #mustread series. Happy reading! 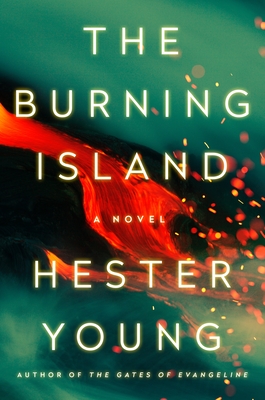 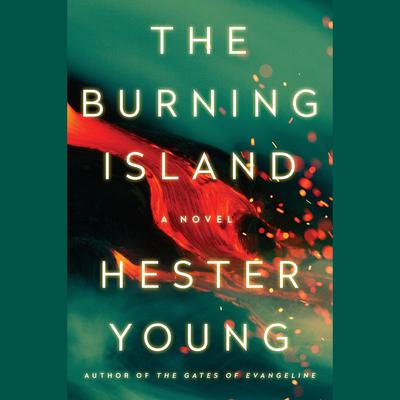