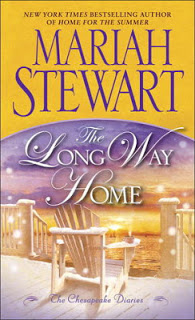 As the only child of a wealthy investment manager, Ellie Chapman has never known anything besides a life of perfect privilege. But her years of good fortune come to an abrupt end when her father is exposed for swindling billions of dollars from innocent investors in a massive Ponzi scheme. And just like that, Ellie loses everything: money, job, home–even her fiance, who’s jailed as her father’s partner in crime. With no job prospects on the horizon, no cash, and her family name in tatters, Ellie has only one place to go.

Sleepy St. Dennis, Maryland, is hardly where Ellie intends to stay, however. Keeping her identity a secret, she plans to sell the house her late mother left her in the small town and use the proceeds to move on with her life. Unfortunately, her ticket to a new beginning is in dire need of a laundry list of pricey improvements, many of which she’ll have to do herself. And until the house on Bay View Road is fit to be sold, the sole place Ellie will be traveling is the hardware store. But as the many charms of St. Dennis–not to mention Cameron O’Connor, the handsome local contractor who has secrets of his own–begin to work their magic, what begins as a lesson in do-it-yourself renovations might just end up as Ellie’s very own rejuvenation..

Ellis (Ellie) Ryder Chapman has had an incredibly bad year, filled with shocks and disappointments caused by her father and former fiancé’s criminal behaviors. Although Ellie was cleared by the government of any wrong doing, it isn’t possible to be the child of the next Bernie Madoff and come off unscathed. Ellie has lost her job, her home, most of her possessions as well as most of her friends. The one true friend Ellie has had throughout the problems over the past has been her longtime friend, Carly Sutton. Carly gave her a place to live after the government evicted her from her home. She even lent Ellie a car so she could have transportation while she was in Maryland. Because she worked in her father’s firm, no one is willing to hire her and the only thing she has left is a house in a small town in Maryland that she’s inherited from her mother. Of course that comes with some strings . . . she has to keep the property for six months before she can sell. At this point in her life, Ellie can’t argue or find fault with this stipulation as it gives her some place to live and call home. To protect what little bit of dignity she has left, she decides to live in St. Dennis as Ellie Ryder rather than Ellis Chapman even though she has been advised to allow the people of the town to embrace her and her family ties to the town.
Upon arriving in St. Dennis and the house, Ellie has vague memories of the house but she doesn’t ever remember traveling to Maryland. Fortunately this house gives her a chance to start over again and the first thing she has to do is fix the house up if she plans to sell it after six months. What Ellie had not planned on was making friends, feeling a connection with St. Dennis or the house, or being attracted to a contractor, but all of these happen in a very short period of time. Cameron is not just a contractor but becomes a friend and offers all sorts of friendly advice on the repairs and upgrades to the house. As Ellie settles in, she learns more about her mother, great-aunt and other ancestors that were tied to the house and St. Dennis. Before she knows it is the end of November and Thanksgiving and she’s begun to feel like she fits in with the town and she’s more than comfortable with her burgeoning relationship with Cameron. And then the other shoe drops. She receives a phone call that she needs to take custody of her half-sister.
The Long Way Home is the sixth book in the Chesapeake Diaries series by Mariah Stewart. Each couple featured in this series has something to overcome or prove, at least to themselves, and this book was no different. Both Cameron and Ellie have to overcome their pasts and realize that it is possible to move on and not be judged by the mistakes made by their parents. Ellie is at a point in her life where she has to discover who she truly is since so much of her past was wrapped up with her father, his business, and wealth. She also discovers that in addition to being greedy and stealing millions, if not billions, from unsuspecting investors, he also cheated on her mother and has another child. Ellie knows what it is like to be branded because of her father’s criminal activities and how it feels to have nowhere to go so she accepts custody of her thirteen-year-old half-sister, Gabrielle. This family addition actually helps to further steady Ellie and she becomes to realize that St. Dennis doesn’t just feel like home, it is home. Ms. Stewart has provided another happy-ever-after romance with The Long Way Home. I found The Long Way Home to be a quick read that pulled me in from the first few pages. If you enjoy happy-ever-after romance then you don’t want to miss The Long Way Home.

Click here to read an excerpt from The Long Way Home.