In 1944, twenty-three-year-old Tess DeMello abruptly ends her engagement to the love of her life when she marries a mysterious stranger and moves to Hickory, North Carolina, a small town struggling with racial tension and the hardships imposed by World War II. Tess’s new husband, Henry Kraft, is a secretive man who often stays out all night, hides money from his new wife, and shows no interest in making love. Tess quickly realizes she’s trapped in a strange and loveless marriage with no way out.

The people of Hickory love and respect Henry and see Tess as an outsider, treating her with suspicion and disdain, especially after one of the town’s prominent citizens dies in a terrible accident and Tess is blamed. Tess suspects people are talking about her, plotting behind her back, and following her as she walks around town. What does everyone know about Henry that she does not? Feeling alone and adrift, Tess turns to the one person who seems to understand her, a local medium who gives her hope but seems to know more than he’s letting on.

When a sudden polio epidemic strikes the town, the townspeople band together to build a polio hospital. Tess, who has a nursing degree, bucks Henry’s wishes and begins to work at the hospital, finding meaning in nursing the young victims. Yet at home, Henry’s actions grow more alarming by the day. As Tess works to save the lives of her patients, can she untangle her husband’s mysterious behavior and save her own life?

Tess DeMello has only wanted two things in life: to become a nurse and to marry the love of her life. When her fiance is away for months on end working on the polio epidemic, Tess travels to Washington D.C. with a childhood friend. Who knew that one weekend away from home would change her life forever in The Stolen Marriage by Diane Chamberlain.
Theresa “Tess” DeMello has always been a good Italian Catholic girl. She loves and respects her mother. She’s studying hard to become a nurse and considers herself fortunate to be engaged to marry the love of her life, the son of her next-door neighbors. Her fiance is a pediatric physician, Vincent Russo, and is called away from Maryland to work on the polio epidemic in Illinois and it doesn’t seem like he’s ever going to make it back home. In an effort to take Tess’s mind off of her studies and absent fiance, her friend Gina talks her into taking a weekend trip from Baltimore to Washington D.C. Gina and Tess stay in a tourist home and meet two visiting businessmen in the home upon their arrival. A simple dinner with these men turns into something that soon devastates all of Tess’s future plans. After being kicked out of her childhood home by her mother, Tess leaves Baltimore for a new life in Hickory, North Carolina. Tess’s new life is anything but idyllic and soon tragedy strikes her new family. When polio strikes Hickory, Tess does the only thing she knows how to do and pitches in along with the other townsfolk to combat this scourge. Tess is willing to make a go of her marriage but it seems as if her husband has secrets he isn’t willing to share even with his wife. Can their marriage survive secrets and tragedy after tragedy?
I found The Stolen Marriage to be a fast-paced and haunting read. Ms. Chamberlain finds interesting historical tidbits, such as the town of Hickory NC and their ability to build a hospital to treat polio in less 100 hours (yes it’s a real town and yes they pulled together to fight polio), and build a heartwarming and often heart-wrenching story around that historical fact. I enjoyed all of the drama and tension within the story, between Tess and her husband Henry, between Tess and her mother-in-law, between Tess and the societal norms of Hickory NC that were foisted upon her after her marriage to Henry, the racial tension of the time, the fight to battle polio, and more. Yes, there’s quite a bit happening in this story, but it all works and works quite well. I liked all of the characters, even Henry with all of his issues and man does he have issues (read the book to find out more). For those of you that have read anything by Ms. Chamberlain in the past, I won’t have to tell you to grab a copy of The Stolen Marriage because you probably already have it. For those of you that haven’t read anything by this author, I strongly encourage you to get a copy of The Stolen Marriage to read ASAP. It’s been a few weeks since I read The Stolen Marriage and I still can’t get it out of my mind. I look forward to rereading The Stolen Marriage as well as any future writings by Ms. Chamberlain.

Disclaimer: I received a free digital advance reader copy of this book from the publisher for review purposes via NetGalley. I was not paid, required, or otherwise obligated to write a positive review. The opinions I have expressed are my own. I am disclosing this in accordance with the Federal Trade Commission’s 16 CFR, Part 255: “Guides Concerning the Use of Endorsements and Testimonials in Advertising.” 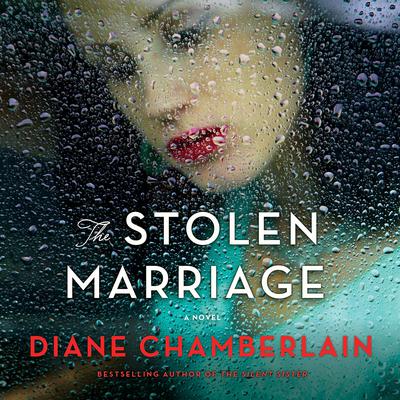