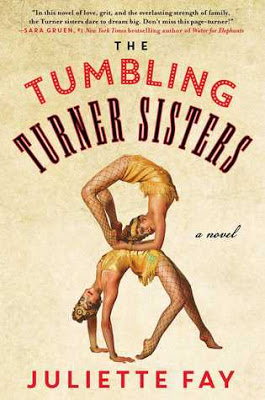 In 1919, the Turner sisters and their parents are barely scraping by. Their father is a low-paid boot-stitcher in Johnson City, New York, and the family is always one paycheck away from eviction. When their father’s hand is crushed and he can no longer work, their irrepressible mother decides that the vaudeville stage is their best—and only—chance for survival.

Traveling by train from town to town, teenagers Gert, Winnie, and Kit, and recent widow Nell soon find a new kind of freedom in the company of performers who are as diverse as their acts. There is a seamier side to the business, however, and the young women face dangers and turns of fate they never could have anticipated. Heartwarming and surprising, The Tumbling Turner Sisters is a story of awakening—to unexpected possibilities, to love and heartbreak, and to the dawn of a new American era.


Praise for the book:

“This novel of love, dreams, and the everlasting strength of family in the face of adversity  is set during the height of Vaudeville, and features the amazing Tumbling Turner Sisters, an act created out of desperation by four sisters determined to save their family from financial ruin. Told from the point of view of Gert and Winnie, the novel perfectly encapsulates the social mores and pressures of the early twentieth century—the Turner sisters dare to dream big, and big things come at a big cost. Don’t miss this page turner!”—Sara Gruen, bestselling author of Water for Elephants

“The Tumbling Turner Sisters come tumbling out of this terrific story, full of life, passion and trouble. Forced into a life in vaudeville, the four young girls and their mother push the boundaries of propriety to achieve their dreams in a world that doesn’t often allow women to have dreams. Gert and Winnie shine as each, in her own way, fights for her right to be who she is. A great piece of historical fiction that rings true one hundred years later.”—B.A. Shapiro, New York Times bestselling author of The Muralist and The Art Forger

“Evoking the entrepreneurial, madcap era of vaudeville, Juliette Fay immerses us in the trials, joys, and dangers of three young women, whose bid for success is as uproarious and heartbreaking as the time in which they lived.” —C.W. Gortner, bestselling author of Mademoiselle Chanel

“Packed with lively characters and charming detail, Juliette Fay’s thoughtful prose sheds light on an almost forgotten part of entertainment history.” —Allie Larkin, bestselling author of Stay and Why I Can’t Be You

“Lovable, memorable characters propel this heartwarming story about the American vaudeville circuit. The Tumbling Turner Sisters makes you laugh while it makes you think, then sticks with you long after the last vibrant page is savored.”—Lynn Cullen, bestselling author of Twain’s End and Mrs. Poe

“Book clubs are sure to fall for The Tumbling Turner Sisters. Through this band of charming young women—and their stage mother, of course—Juliette Fay delivers the history, mystery, and prejudice of vaudeville in a story that is ultimately about the possibility of practice making something perfect (or perfect enough, anyway), the benefits of humor and ambition, and the redemptive power of love.” —Meg Waite Clayton, New York Times bestselling author of The Race for Paris

“Like vaudeville itself, The Tumbling Turner Sisters will delight, amaze, and surprise you. With a captivating cast of characters, Juliette Fay brings vaudeville, its players and theaters, customs and trickery to raucous life. You will smell the greasepaint, hear the music, and feel the cold, all while cheering for The Tumbling Turner Sisters to survive and thrive.”—Laura Harrington, bestselling author of Alice Bliss

“An absorbing and heartfelt tale of four sisters in desperate contortions to keep their family aloft. I loved this slice of theatrical history, and Fay’s meticulous research brings to life the vivid playhouses and costumed performers — ingenues and divas, swindlers and sots. I stayed awake far too late wondering whether the girls would come in for a safe landing.”—Nichole Bernier, author of The Unfinished Work of Elizabeth D.

“As colorful as its vaudeville setting, The Tumbling Turner Sisters made me laugh, cry, and clap my hands with delight as I cheered on these four lovable and spunky sisters. A big-hearted tale of adventure.”—Ann Mah, author of Mastering the Art of French Eating 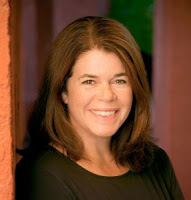 Juliette Fay is the award-winning author of three previous novels: The Shortest Way Home, Deep Down True, and Shelter Me. She received a bachelor’s degree from Boston College and a master’s degree from Harvard University. Juliette lives in Massachusetts with her husband and four children. The Tumbling Turner Sisters (Gallery Books/S&S) is her fourth novel.

Enter to win a print copy of The Tumbling Turner Sisters (open to US residents only). This giveaway is sponsored by Wunderkind-PR. This giveaway ends at 11:59 PM ET on Monday, June 20th. The winner will be announced on Tuesday, June 21st by 10:00 AM ET.