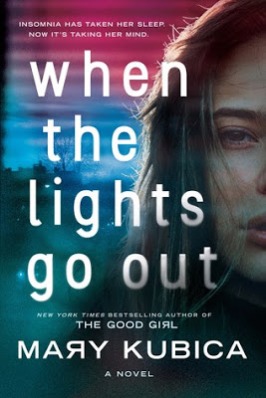 A woman is forced to question her own identity in this riveting and emotionally charged thriller by the blockbuster bestselling author of The Good Girl, Mary Kubica

Jessie Sloane is on the path to rebuilding her life after years of caring for her ailing mother. She rents a new apartment and applies for college. But when the college informs her that her social security number has raised a red flag, Jessie discovers a shocking detail that causes her to doubt everything she’s ever known.

Finding herself suddenly at the center of a bizarre mystery, Jessie tumbles down a rabbit hole, which is only exacerbated by grief and a relentless lack of sleep. As days pass and the insomnia worsens, it plays with Jessie’s mind. Her judgment is blurred, her thoughts are hampered by fatigue. Jessie begins to see things until she can no longer tell the difference between what’s real and what she’s only imagined.

Meanwhile, twenty years earlier and two hundred and fifty miles away, another woman’s split-second decision may hold the key to Jessie’s secret past. Has Jessie’s whole life been a lie or have her delusions gotten the best of her?

For as long as she can remember, it’s always been just Jessie and her mother. Now that her mother has died of metastatic breast cancer, Jessie is all alone. She has no close friends and no family. She’s not quite sure what to do with her life but she’s thinking of college and that’s when her life begins to unravel. First, she’s having difficulty sleeping. Okay, she’s not having difficulty sleeping, she can’t sleep at all, and she knows that the longer she goes without sleep the worse things will become for her healthwise. Second, her FAFSA or financial aid form has been “rejected” because her social security card is tied to the identity of a deceased person. Now Jessie must prove that she is who she is, only she can’t find her birth certificate or her social security card. The longer Jessie goes without sleep, the more disconnected from reality she becomes and she begins to think that she may have been kidnapped as a child or worse. As the lines between reality and Jessie’s overactive imagination begin to blur even more, can she discover the truth before it’s too late?
When The Lights Go Out is the fifth book released by Mary Kubica and I’ve had the pleasure of reading all of her books. This is one of those books that isn’t quite what it seems from beginning to end (no, I’m not going to spoil the ending!). The story is told in the alternating voices of Jessie in the present day and her mother Eden from the past to just a few years ago. The reader gets to bear witness to the pain and despair of infertility and infertility treatments firsthand via Eden’s memories, as well as the pain and despair Jessie feels over the death of her mother and her loss of sense of self and identity. As Eden’s story unfolds, the reader begins to imagine the unthinkable that perhaps Jessie was correct and she was kidnapped as a child. It is hard to read either story without feeling a sense of empathy and overwhelming compassion for both Eden and Jessie. Eden becomes just as lost as Jessie as her quest to become pregnant unravels with an unexpected miscarriage followed by a divorce when her then-husband no longer wants to continue with the costly IVF treatments. However, Jessie’s sense of loss seems more harrowing because she’s lost her mother, her identity, and seems to be losing her mind as well. Ms. Kubica has a way of writing that draws the reader into the story, or at least this reader, and I kept turning the pages to find out what would happen next (and no, I’m not going to reveal what happens next, read the book). I will say that When The Lights Go Out is dramatically different from previous books by Ms. Kubica, but I thoroughly enjoyed the story, characters, action, and settings. This story does provide psychological suspense, lots of drama, and tons of twists and turns to keep the reader on edge. If that sounds appealing to you, then I urge you to grab a copy of When The Lights Go Out to read. If you’re not quite sure about the psychological suspense, then I urge you to grab a copy of When The Lights Go Out simply for the drama and twists and turns. I hope you won’t be disappointed.

Disclaimer:  I received a free digital review copy of this book from the publisher via Edelweiss+. I was not paid, required, or otherwise obligated to write a positive review. The opinions I have expressed are my own. I am disclosing this in accordance with the

Mary Kubica is the New York Times and USA Today bestselling author of The Good Girl and Pretty Baby.  She holds a Bachelor of Arts degree from Miami University in Oxford, Ohio, in History and American Literature. She lives outside of Chicago with her husband and two children and enjoys photography, gardening and caring for the animals at a local shelter. 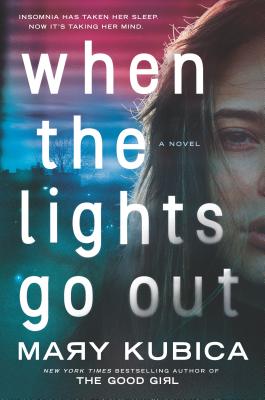 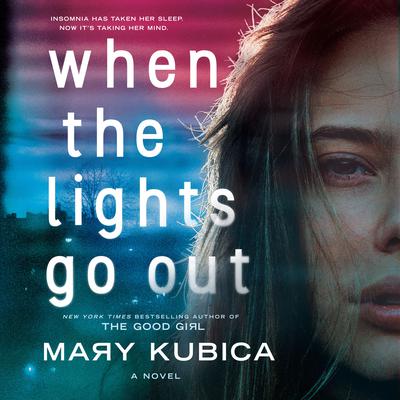 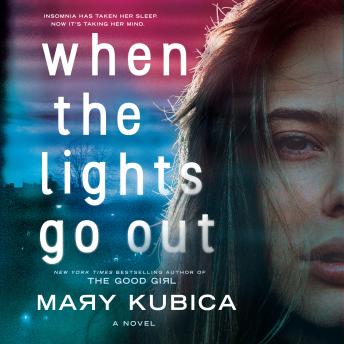